Islamic Theocracy To Trump US Constitution In Next Congressional Swearing In 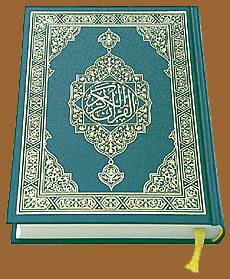 Newly elected Democratic Islamic Congressman Keith Ellison from Minnesota says he will not take his oath of office on the Bible, but rather on his favorite book, the Koran. Throughout American history, the Bible has been the standard to which elected representatives take their oath because the God of the Bible is the one to whom Americans’ conscience is bound the most. Ellison’s declaration undermines the tenets of American society and opens the door to treason, to allegiances to other forms of government and to an eventual demise of the United States—if he is allowed to do it because the Koran calls for complete submission to an Islamic theocratic form of government.

Article VI Clause 3 of the U.S. Constitution requires “The Senators and Representatives before mentioned, and the Members of the several State Legislatures, and all executive and judicial Officers, both of the United States and of the several States, shall be bound by Oath or Affirmation, to support this Constitution; but no religious Test shall ever be required as a Qualification to any Office or public Trust under the United States.” Founding Father James Iredell defined an oath as a “solemn appeal to the supreme being, for the truth of what is said, by a person who believes in the existence of a supreme being and in a future state of rewards and punishments according to that form which will bind his conscience most."

The Founding Fathers believed that the only way that a person could be trusted to hold office is if the person believed in a supreme being and an afterlife where that supreme being meted out rewards and punishments. Otherwise, the person could not be trusted. This is the Oath of Office for Congress: “I do solemnly swear (or affirm) that I will support and defend the Constitution of the United States against all enemies, foreign and domestic; that I will bear true faith and allegiance to the same; that I take this obligation freely, without any mental reservation or purpose of evasion; and that I will well and faithfully discharge the duties of the office on which I am about to enter: So help me God.”

The “So help me God” ending was added during the Civil War to snuff out traitors. It is a recognition that only God—the God of the Bible—is the arbitrator of true justice. Now, how does one expect an Islamic Congressman, whose religion requires submission to an Islamic theocratic form of government, to uphold the Constitution of the United States, especially if he is swearing an oath on the very book that requires the Islamic theocracy? The Apostle Paul wrote in 2 Timothy 3:13, “But evil men and seducers shall wax worse and worse, deceiving and being deceived.” And they will grow and grow so long as we allow them.

Have a Blessed and Powerful Day!

Posted by Capitol Hill Prayer Partners at 2:31 AM