Backed by tanks, British soldiers raided a police station in the southern city of Basra on Monday, killing seven gunmen in an effort to stop renegade Iraqi officers from executing their prisoners, the British military said. After the British stormed the Basra police station, they removed the prisoners, who showed evidence of torture, then evacuated the building before blowing it up.

• Thank God for His Mercy in protecting the lives of the 76 Iraqi prisoners and cause them to live in safety. May each of them be blessed by Jesus revealing Himself to them. • "I even I Am He and there is no god with me: I kill and I make alive; I wound and I heal; neither is there any that can deliver out of My hand." (Deuteronomy 32:39) 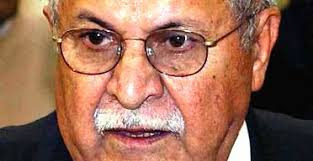 U.S. troops detained two Iranians who were in Iraq at the invitation of Iraqi President Jalal Talabani, a presidential spokesman said Monday. The detentions come as the Iranian president, Mahmoud Ahmadinejad, tries to expand Iran's role in Iraq as a counter to U.S. influence in the Gulf region, and as the Bush administration has resisted pressure for a diplomatic push that would involve all of Iraq's neighbors — including Iran and Syria.

• Pray for God to rise up in the midst of the Ahmadinejad government and put down the evil forces that are pervasive in his regime. Pray in agreement that the evil intended will cease, and that strife will come to an end! • "And the most proud shall stumble and fall and none shall raise him up." (Jeremiah 50:32a)

• Praise and thank God for the conservatives and reformists winning the majority of seats in the recent election in Iran. • "Deliver the poor and needy, rid them out of the hand of the wicked." (Psalm 82:4)

4. New Threats by Al-Qaeda No. 2 Single Out Britain - Washington Post

The threat of a terrorist attack on European soil by Islamic radicals has increased substantially in recent months, according to European counterterrorism officials. In a new videotape released Wednesday, al-Qaeda's deputy leader Ayman al-Zawahiri singled out Britain as a historical enemy of Muslims, blaming it for the creation of Israel and the downfall of the Ottoman Empire. He also said al-Qaeda would continue to plan attacks on the U.S. and its "Crusader" allies in Europe.

• To those terrorists planning attacks on European and U.S. soil: We speak and decree the Word in Jeremiah 20:40: >"For thus saith The Lord behold I will make thee terror to thyself and to all thy friends:and they shall fall by the sword of their enemies, and thine eyes shall behold it."

Powerful storms damaged at least three dozen homes as heavy rain and strong wind swept across the Southeast on Monday. Tornado warnings were issued in parts of Florida and South Carolina. The worst damage was in Florida, between Tampa and the Georgia border, where three people were injured and three homes were destroyed.

• Father we are grateful that You are the God of the whole earth and we ask You to cause the destructive forces of rains, winds, tornados, and snow to cease from all their havoc in our nation. Please show us Your mercy, Lord! • "Behold I Am the Lord, The God of all flesh: is there anything too hard for Me?" (Jeremiah 32:27)

The UN Security Council voted unanimously on Saturday to impose sanctions on Iran’s trade in sensitive nuclear materials and ballistic missiles, a move aimed at getting Tehran to halt uranium enrichment work.