1. Gerald Ford, Only Unelected President, Passes Away at 93 - AP

Gerald Ford, the only person to serve as both vice president and president of the United States without having been elected to either post, passed away late Tuesday. No cause of death was stated by his family in their announcement. Ford had battled pneumonia in January 2006 and underwent two heart treatments — including an angioplasty — in August at the Mayo Clinic in Rochester, Minn. He died at 6:45 p.m. PST at his home in Rancho Mirage, Calif. "My family joins me in sharing the difficult news that Gerald Ford, our beloved husband, father, grandfather and great grandfather has passed away at 93 years of age," Ford's wife, Betty Ford, said in a brief statement issued from her husband's office. "His life was filled with love of God, his family and his country."

• Thank You Lord, for the service of President Ford. We pray for You to comfort his family at this time. • "Blessed are those who mourn, for they shall be comforted." (Matthew 5:4)

An Iraqi appeals court has upheld the death sentence imposed on Saddam Hussein at his first trial, Iraq's national security adviser said Tuesday, and a tribunal official said the verdict will be carried out even if the presidency doesn't ratify it. Hussein could reportedly be executed at any time during the next 30 days, following the rejection of his appeal on a conviction of crimes against humanity.

• Thank You, Lord, that Your justice reigns over Iraq, and that the newly founded court system there appears to be working. • "Righteousness and justice are the foundation of Your throne." (Psalm 89:14) 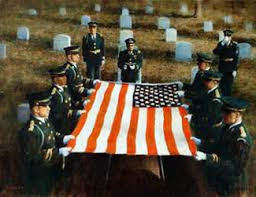 President Bush has signed into a law an amendment to U.S. law protecting military funerals from protests like those staged by a controversial Kansas church that characterizes soldiers' deaths as divine punishment for homosexuality.

• Father we ask Your forgiveness and heart change for those who have used other's sorrow for political expression. May we understand true righteousness, and bring Your heart of love and salvation to the lost rather than condemnation. • "For God did not send His Son into the world to condemn the world, but that the world trhough Him might be saved." (John 3:17)

Authorities have confirmed that British Airways Flight 209 was carrying Prime Minister Tony Blair and his family when it hit some lights on the runway and overshot its landing.

• Thank You Lord for keeping Prime Minister Blair safe through this dangerous landing. We ask Your protection over him as he visits our nation, and may He call upon Your name for all decisions he must make while in office. • "May the Lord answer You in the day of trouble; may the name of the God of Jacob defend you." (Psalm 20:1)

The new Congress will, for the first time, include a Muslim, two Buddhists, more Jews than Episcopalians, and the highest-ranking Mormon in congressional history. Roman Catholics remain the largest single faith group in Congress, accounting for 29 percent of all members of the House and Senate, followed by Baptists, Methodists, Presbyterians, Jews and Episcopalians.

• Lord, as the makeup of our Congress changes dramatically, we ask Your wisdom and truth to guide each one. We bind any plans of the enemy to use these elected officials, and we ask that Your Spirit would touch their hearts with Your gifts of knowledge, understanding, and salvation. • "The Lord gives wisdom;from His mouth come knowledge and understanding." (Proverbs 2:6)

Church leaders in Russia have protested to the government over a law that has revived memories of Soviet persecution by requiring them to supply the names of their worshippers and the contents of weekly sermons. Religious heads said they asked a top Kremlin official this week for exemption from a new measure obliging them to provide the information to a special state agency by April 2007. “This is impossible for us,” Thaddaeus Kondrusiewicz, the Catholic archbishop in Moscow, said in an interview late on Thursday. “We have 27 masses every Sunday in Moscow alone - how can I know how many people took part and what their names were?”

• Lord we ask Your intervention in the Russian churches, that they will have strength and hope. May Your Spirit move through the believers and bring the power of Your kingdom to bear. We declare Psalm 91 over each of them, and ask that all plans of the government to destroy or control them be brought to nothing. • "There are many plans in a man's heart, but the counsel of the Lord, THAT will stand." (Proverbs 19:21)