This week, for all the headlines cited below, please join us in proclaiming THIS DECREE:

"Nevertheless, I will bring health and healing to it; I will heal My people and will let them enjoy abundant peace and security. I will bring Judah and Israel back from captivity and will rebuild them as they were before." (Jeremiah 33:6-7)

Palestinian Authority Prime Minister Ismail Haniyeh of the Hamas terror party vowed during his visit to Iran on Friday that his government would never recognize the State of Israel and would continue its violent struggle for the "liberation of Jerusalem".

According to reports, Iran has provided Hamas with approximately $120 million since March of this year, as well as untold amounts of material support, thought to include weapons and explosives, among other things. 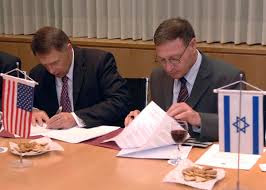 Media sources reported that just one day after the special US study group submitted their report recommending President George W Bush's administration become more involved in an Israeli- Palestinian agreement, the US Congress has passed a bill forbidding the administration from meeting with the Hamas-led Palestinian Authority. If President Bush approves the bill, the US will have no contact, nor provide aid to the PA until Hamas recognizes Israel's right to exist and denounces terror.

• Offer PRAISE for this quick action by the sitting Congress as it draws a line in the sand against the terrorist regime in "Palestine." • "This far and no further, and here shall your proud waves stop." (Job 38:10) 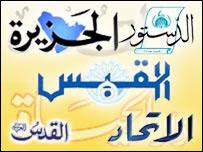 Newspapers in the Arab world and Iran condemn what they see as US bias towards Israel after Washington vetoed a UN resolution condemning an Israeli attack in Gaza which killed 18 civilians.

The Arab League criticized on Thursday Washington's attempt to halt the transfer of millions of dollars in aid from Qatar to the Hamas-led Palestinian government and warned the move could increase extremism in the region.

Israel held firm Thursday to its policy of nondisclosure on its nuclear program after a revealing statement from the incoming US Secretary of Defense Robert Gates during his confirmation hearing before the US Senate. Explaining Iranian motivation to acquire nuclear weapons, Gates said: "They are surrounded by powers with nuclear weapons - Pakistan to their east, the Russians to the north, the Israelis to the west and us in the Persian Gulf."