Russian President Vladimir Putin, bitterly opposed to a U.S. missile shield in Eastern Europe, told President Bush on Thursday that Moscow would drop its objections if the system were installed in Azerbaijan. Putin told Bush he would not seek to retarget Russian missiles on Europe if the United States agreed to put the radar-based system in Azerbaijan, a former Soviet republic bordering the Caspian Sea. Bush's reaction to Putin's idea was: "Interesting proposal - let's let our experts have a look at it."

· Thank you, Lord for a quick direct answer to our prayers this week. Thank you for intercessors who stood in prayer for this resistance to come down. Thank you for beginning to answer our prayers. We pray Your wisdom for the experts as they engage this proposal. Again I say unto you, That if two of you shall agree on earth as touching any thing that they shall ask, it shall be done for them of my Father which is in heaven. ( Matt. 18:19)

Chancellor Angela Merkel said Thursday that the Group of Eight has agreed on a plan calling for "substantial cuts" in the greenhouse gas emissions blamed for global warming.

· Wisdom strengtheneth the wise more than ten mighty men which are in the city. ( Eccl. 7:19) 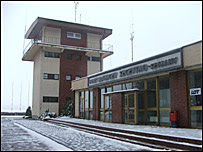 Polish and Romanian security officials have confirmed to Europe's human rights watchdog that the two countries hosted secret and illegal CIA prisons, while the watchdog also says that EU member states were aware of CIA kidnappings and rendition flights, UK daily the Guardian has reported.

· Pray for the truth to come forth. Pray that the light will be manifested and it will be for the good of all the past decisions. But all things that are exposed are made manifest by the light: for whatsoever doth make manifest is light. ( Eph. 5:13) 5. A drought for the ages - USA Today

Drought, a fixture in much of the West for nearly a decade, now covers more than one-third of the continental USA. And it's spreading.

· You are our good Father. We know You alone send the blessing of rain. Lord, we pray for rain over the Southeast and the West. That ye may be the children of your Father which is in heaven: for he maketh his sun to rise on the evil and on the good, and sendeth rain on the just and on the unjust. ( Matt.5:45)
Posted by Capitol Hill Prayer Partners at 12:33 AM