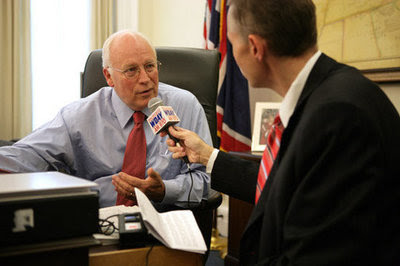 The House Committee on Oversight and Government Reform has determined that despite objections from the National Archives and Records Administration, Vice President Dick Cheney's office has exempted itself since 2003, from a presidential executive order that seeks to protect national security information generated by the government. Under that order, executive branch offices are required to give the Information Security Oversight Office (ISOO) at the National Archives, data on how much material it has classified and declassified. Cheney's office provided the information in 2001 and 2002, then stopped.

Today, the White House defended Vice President Dick Cheney's decision not to cooperate with the ISOO, a government office charged with safeguarding national security information, and denied that Cheney ever suggested the agency be shut down. Despite objections from the National Archives and others, presidential spokesmen say Cheney's office is not bound by certain sections of a presidential executive order that seeks to protect national security information generated by the government.

· "I exhort therefore, that, first of all, supplications, prayers, intercessions, and giving of thanks, be made for all men; For kings, and for all that are in authority; that we may lead a quiet and peaceable life in all godliness and honesty."(I Timothy 2:1,2)


[Please note: we will have more for you on this story on Monday's edition of "On Capitol Hill This Week."] 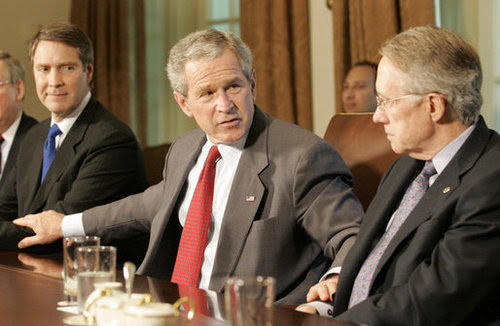 ...Senator Harry Reid, Dem. Nevada
A House Judiciary Committee Web page asking former and current Justice Department officials to offer their stories on politicization of the department "launched prematurely," but is still legitimate, Democratic Chairman John Conyers said Thursday. The response came after Texas Rep. Lamar Smith demanded the new page be removed from the committee Web site, and called it a partisan attempt to persecute the Bush administration and misuse taxpayer dollars for a witch-hunt.

· At times, man chooses to be both judge and jury over those whom they disagree with. May we learn to not judge prematurely and ask God for His insights in matters of justice and personalities. May the bickering between both parties cease and a chance for working together in peace be raised up through our prayers! May Solomon's wisdom from God prevail in this matter.

· "Moreover I saw under the sun: In the place of judgment, wickedness was there; and in the place of righteousness, iniquity was there. I said in my heart, 'God shall judge the righteous and the wicked, for there is a time there for every purpose and for every work.'" (Ecclesiastes 3: 16-17 NKJV)

The Bush administration wants to close Guantanamo Bay and move its terror suspects to prisons elsewhere and senior officials have told The Associated Press a consensus is building among the president's top advisers on how to do it.

· Pray in agreement with the heart of President Bush in this sensitive matter. God will make a way, if we but ask. Pray that all details related to the transference of these prisoners be done decently and in order, under the highest level of security possible, and finally, pray for the HEARTS of these prisoners, to find salvation in Yeshua. Jesus died for them, too!

· "The Lord is not slow in keeping his promise, as some understand slowness. He is patient with you, not wanting anyone to perish, but everyone to come to repentance." (2 Peter 3:9) 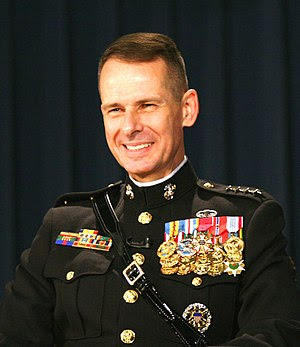 "The recent rise in U.S. troop deaths in Iraq is the 'wrong metric' to use in assessing the effectiveness of the new security strategy for Baghdad, Marine Gen. Peter Pace, the outgoing chairman of the Joint Chiefs of Staff, said yesterday in a news conference with Defense Secretary Robert M. Gates. 'If you had zero violence and people were not feeling good about their future, where are you?' said Pace, emphasizing that the sentiment of the Iraqi people is a much better measurement than the number of attacks. "

· Lord God, Commander of Hosts, may You guide us as we continue to pray for our troops, their leaders and those they defend around the world.

· "But the Lord said to Samuel, Do not look at his appearance or at his physical stature, because I have refused him. For the Lord does not see as man sees; for man looks at the outward appearance, but the Lord looks at the heart." (1 Samuel 16: 7 NKJV)

Nine caskets lined the front of a coliseum Friday as thousands of firefighters from across the nation, their hats in their hands, honored nine colleagues killed in a furniture store blaze. With an orchestra playing, uniformed escorts walked the men's wives, siblings and children to their seats in a long procession of red carnations, tears and hugs.

Homeland Security Secretary Michael Chertoff told the gathering that the nine firefighters "demonstrated the same bravery our nation witnessed on September 11." "The tragedy of Monday reminds us that we live in a world in which danger is all around us," he said.

Chertoff also read a message from President Bush and the first lady. "Their willingness to sacrifice for others demonstrated the true meaning of heroism," Chertoff read. "Each of the fallen will forever hold a cherished place in our hearts."

· "Blessed are they that mourn, for they shall be comforted." (Matthew 5:4)

Space shuttle Atlantis and its seven astronauts returned to Earth safely Friday, ending a two-week mission to deliver an addition to the international space station and bring a crew member home from the outpost. "Welcome back," Mission Control told Atlantis. "Congratulations on a great mission."

· Praise the Lord, indeed, for this "great mission." Pray that Father God, too, will get the glory for their safe return. Amen!

· "The heavens declare the glory of God; And the firmament shows His handiwork." (Ps. 19:1)

Senior Russian officials Thursday warned Washington against rejecting Moscow's proposal for cooperating on missile defense, saying that the deployment of American missile defense sites in Europe would strengthen Russia's belief that it is the real target of the U.S. system. The administration has made it clear it was not abandoning plans for the project in Poland and the Czech Republic, which are NATO members.

· We pray Lord, for Russia to see that toiling for power is useless and will be ultimately time spent in vain. May they be saved from themselves and may America, Europe and the Middle East be saved from their power madness. May many be saved alive for Your glory!

· "Then I looked on all the works that my hands had done and on the labor in which I had toiled; and indeed all was vanity and grasping for the wind. There was no profit under the sun." (Ecclesiastes 2: 11)
Posted by Capitol Hill Prayer Partners at 11:28 PM