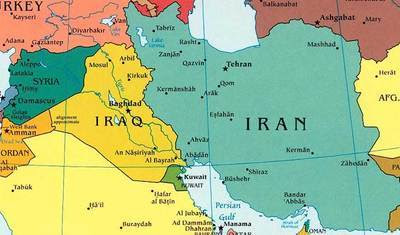 Iran is deploying missiles in Syria in preparation for military action if it is attacked over its nuclear program, U.N. officials in the region said. Last night an intelligence source told The Sun: "It is an extremely alarming development and raises the stakes considerably. In effect, it means we are in a full on war with Iran -- but nobody has officially declared it. We have hard proof that the Iranian Revolutionary Guard Corps have crossed the border to attack us. It is very hard for us to strike back. All we can do is try to defend ourselves."

"A new wave of persecution is coming against Christians that meet to worship God in the privacy of their homes," according to Voice of the Martyrs (VOM). "We have confirmed reports that several believers have been interrogated and one house was stormed by an elite police team that confiscated a computer, several CDs and Christian materials. A Christian was arrested and remains in prison."

Experts monitoring such persecution say that Christians make up a tiny percentage of the people of Iran, where the government "officially" allows Christians to practice their faith but in reality intervenes and harasses Christians regularly. Note: Ahmadinejad is urging Iranians to prepare for the coming of the Imam Mahdi by turning the country into a mighty and advanced Islamic society and by avoiding the corruption and excesses of the West. Shiites believe the imam disappeared as a child in the year 941, but when he returns he will reign on earth for seven years, before bringing about a final judgment and the end of the world.

[Reported by: Intercessors for America]
Posted by Capitol Hill Prayer Partners at 9:22 PM