"Blessed be the Lord my strength, which teacheth my hands to war, and my fingers to fight:" (Psalm 144:1)

1. House of Representatives: Move US embassy to Jerusalem - Ynet News

The House of Representatives on Tuesday unanimously passed a resolution calling on President George W. Bush to move the American embassy from Tel Aviv to Jerusalem, this on the 40th anniversary of the Six Day War.

2. Palestinians are on Verge of Civil War - Jerusalem Post 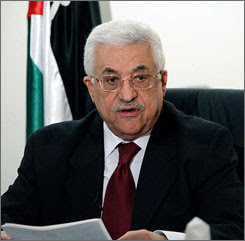 Palestinian Authority Chairman Mahmoud Abbas warned Tuesday that his people were on the verge of civil war and said the infighting was worse than living under Israeli military rule. Hamas and Fatah have signed at least five cease-fire deals in an attempt to stop escalating violence in Gaza. The most recent truce held for only a couple of hours. JP

"The IDF is preparing for an escalation on both the Palestinian and northern fronts," Chief of General Staff Lt. -Gen. Gabi Ashkenazi said Tuesday. Ashkenazi was speaking at a large-scale drill, incorporating multiple units, in Shizafon.

A member of the Syrian parliament, Muhammad Habash, confirmed on Tuesday that his country was actively preparing for war with Israel, expected to break out in the summer, Israel Radio reported.

Oman evacuated tens of thousands Wednesday, suspended oil exports and closed the major port of Sohar as a weakening Cyclone Gonu roared toward the Strait of Hormuz - the world's major transport artery for Persian Gulf oil. Oil prices rose amid forecasts that the strongest storm to threaten the Arabian Peninsula in 60 years was barreling toward Iran.
Posted by Capitol Hill Prayer Partners at 12:37 AM