Wyoming Sen. Craig Thomas, a three-term conservative Republican who stayed clear of the Washington limelight and political catfights, died Monday. He was 74. The senator's family issued a statement saying he died Monday evening at National Naval Medical Center in Bethesda, Md. He had been receiving chemotherapy for acute myeloid leukemia.

"Wyoming had no greater advocate, taxpayers had no greater watchdog, and rural America had no greater defender than Craig Thomas," Senate Republican Leader Mitch McConnell said Monday night. "The Senate is a lesser place without Craig here, but the state of Wyoming and our nation are much better places because he was here." Gov. Dave Freudenthal, a Democrat, will appoint a successor from one of three finalists chosen by the state Republican party. · Thank You, Lord, for the positive example of Senator Thomas' life! May his family be comforted by You, and may Wyoming receive a comparable U.S. Senator of Your choosing! May many be saved alive! · "Blessed are they that mourn, for they shall be comforted." (Matt. 5:4)

· Offer praise that, in this time of transition for the State of Wyoming and for the U.S. Senate, because of state law in Wyoming, there will be no shift in the balance of power in the Senate. Praise God! 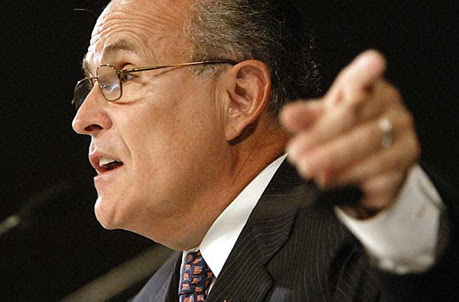 At another point Mr. Giuliani, who was raised Catholic, was answering a question about a bishop's criticism of his position on abortion. At exactly that moment, a lightning strike played havoc with the audio system. "Look, for someone who went to parochial schools all his life, this is a very frightening thing that's happening right now," the former mayor joked.

· This cannot be a coincidence! Praise God -- He IS speaking today! Pray that "those on earth" will have "eyes to see" and "ears to hear" the TRUTH of His love for mankind. Jesus IS "pro-life!" · And to man He said, 'Behold, the fear of the Lord, that is wisdom; And to depart from evil is understanding.'" (Job 28:28)

The immigration deal foundered yesterday, on the verge of collapse under its own weight just days after it appeared to have a clear path to pass the Senate. A showdown is scheduled for tomorrow, when Democrats said they will force a vote to set a time limit on the bill, and Republicans have promised to block that move through a filibuster.

Senate Majority Leader Harry Reid said that if Republicans block his effort to limit debate, it would bump the bill off the schedule and likely derail it for the rest of the year. "People are looking for excuses on the Republican side to kill this bill," he said.

· This report is an answer to prayer. We have been interceding for months over this massive legislation, asking that the Congress take its time to examine every aspect of this 1,000-page bill carefully. Continue to pray in the Spirit over the members of the United States Senate this week, as they consider whether to vote on this bill at this time, or wait until at least another year to bring this to pass. Pray! · "Pray without ceasing." (I Thess. 5:17)

· Offer praise that the voice of grassroots citizens -- from both parties -- is being heard on this issue. THIS is democracy in action! At the same time, continue to offer intercession for our leaders in Congress and for President Bush as they consider this issue. Ask that they would ultimately seek Him for the answers to this complex puzzle, for He can and will make the way to solve this issue. · "Call unto me, and I will answer thee, and show thee great and mighty things, which thou knowest not." (Jer. 33:3) 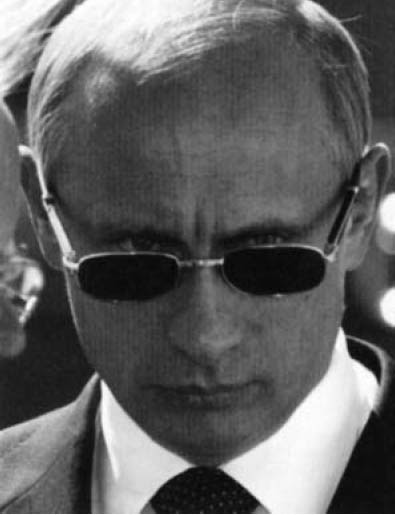 President Bush yesterday escalated the war of words with Russian President Vladimir Putin, saying that the Kremlin's leader has "derailed" democracy and moved his former communist nation away from reforms that once promised freedom for its citizens. "The Cold War is over. It ended. The people of the Czech Republic don't have to choose between being a friend to the United States or a friend with Russia. You can be both," the president said after a meetings at the Czernin Palace with Czech Prime Minister Mirek Topolanek and President Vaclav Klaus.

· Thank you, Mr. President! YES -- the Cold War IS over! In prayer, bind the spirit that is causing Mr. Putin to stir up trouble where none exists. Rebuke the spirit of fear; speak peace. · "I will give you the keys of the kingdom of heaven; and whatever you bind on earth shall have been bound in heaven, and whatever you loose on earth shall have been loosed in heaven." (Matthew 16:19)

The United States government's new system for trying Guantánamo detainees was thrown into turmoil Monday, when military judges in separate decisions dismissed war crimes charges against two of the detainees.

· Dear Lord, may this travesty of justice regarding war criminals be fixed now for Your glory! · "In those days there was no king in Israel; everyone did what was right in his own eyes." (Judges 21: 25 NKJV)

7. Iraqis: Take Us With You - Washington Times

With pressure building in Washington for an American troop pullout, Iraqis who have worked closely with US companies and military forces are begging their employers for assurances that they will be able to leave with them.

· Lord, we thank You that You are a Father to all who turn to You. May Your presence continue to comfort and win many more souls to You throughout the Middle East, through Your unstoppable power and dominion! · "The fear of the Lord leads to life, and he who has it will abide in satisfaction; he will not be visited with evil." (Prov. 19: 23)
Posted by Capitol Hill Prayer Partners at 1:34 AM