"Now may the God of patience and comfort grant you to be like-minded toward one another, according to Christ Jesus, that you may with one mind and one mouth glorify the God and Father of our Lord Jesus Christ." (Romans 15:5-6) 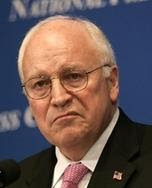 The Senate subpoenaed the White House and Vice President Dick Cheney's office Wednesday, demanding documents and elevating the confrontation with President Bush over the administration's warrant-free eavesdropping on Americans. Separately, the Senate Judiciary Committee also is summoning Attorney General Alberto Gonzales to discuss the program and an array of other matters that have cost a half-dozen top Justice Department officials their jobs, committee chairman Patrick Leahy announced.

Echoing its response to previous congressional subpoenas to former administration officials Harriet Miers and Sara Taylor, the White House gave no indication that it would comply with the new ones. In fact, the Judiciary Committee's three most senior Republicans - Arlen Specter of Pennsylvania, former chairman Orrin Hatch of Utah and Chuck Grassley of Iowa - sided with Democrats on the 13-3 vote last week to give Leahy the power to issue the subpoenas.

The showdown between the White House and Congress could land in federal court.

· Pray in the spirit as this confrontation between the two branches of government grows. Our God is a God of justice; He will prevail and His will shall be done, in the end.

Secure Borders Now is a website for Americans to urge the Senate to consider immigration reform that focuses on enforcing existing border security laws and not granting millions of illegal immigrants amnesty.This blog will continue to provide up to the minute information about the latest developments in the Senate.

· Many of us who tried to get through to our own senators yesterday were unable to do so, due to the volume of calls and emails that were being sent to the Senate on this issue alone. "Secure Borders Now" offers an opportunity to sign a petition and let your voice be heard on this issue, if you do not support the amnesty provisions of the Comprehensive Immigration Reform Act. You can visit this blog by hitting this link.

· Thank God for this website, sponsored by Senator James Inhofe, that is focusing on enforcing the already existing border security laws. Also thanks too, that this website will keep us informed as to the action in the Senate, in this ongoing plight of the Comprehensive Immigration Reform Act. We are grateful for the ability to sign petitions, to Secure Borders Now!

· "Nevertheless we made our prayer unto our God and set a watch against them day and night, because of them." (Nehemiah 4:9) "Be ye not afraid of them, remember The Lord which is great and terrible and fight for your brethren, your sons and you daughters, your wives and your houses." (Nehemiah 4:14b)

3. Border Patrol to US Virgin Islands: You're On Your Own - CNSNews.com

The U.S. Virgin Islands, a convenient Caribbean paradise, has no passport requirement for American citizens. But that convenience is also making the Virgin Islands a conduit through which illegal immigrants, and possibly terrorists, are finding their way onto U.S. soil, according to law enforcement and government officials.

· Pray that God will grant wisdom to the right government officials in the Virgin Islands to know the dire need in having Passport Requirements for the safety of their own people and land as well as that of the USA.

· "But the wisdom that is from above is first peaceable, gentle, and easy to be entreated full of mercy and good fruits without partiality and without hypocrisy." (James 3:17) 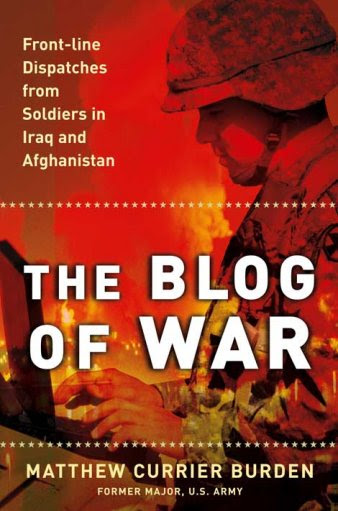 Islamist groups have created a sophisticated online media network, complete with multi-media video and audio, to spread their message to audiences speaking English and other Western languages, and experts warn that extremist messages on the Internet may contribute to radicalization, even among U.S. residents.

· "Decree" that God Himself will shut down the Islamist groups speaking lies and spreading their message of terrorism and extremism via every avenue of communication, proclaiming the scripture verse too. 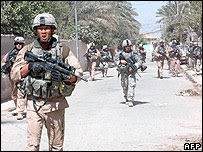 U.S. commander of new offensive north of Baghdad says Iraqi forces cannot be relied on to hold territory seized from insurgents. Brigadier General Mick Bednarek said Iraqi forces had insufficient arms and were "not quite up to the job yet".

· First cry out for the souls of these Iraqi forces whom God loves, that through Christ they shall rise up and do valiantly in holding territory already seized from the insurgents as well as regaining all that was lost!

The United Nations, United States, European Union and Russia announced the appointment Wednesday of Tony Blair as their representative to promote peace between Israel and the Palestinians. A statement from the so-called Quartet of international mediators said the former British prime minister will seek to mobilize international assistance to the Palestinians and develop plans to promote Palestinian economic development. Blair will also seek international support to address the needs of Palestinian government institutions, "focusing as a matter of urgency on the rule of law," the statement said.

· As Tony Blair moves into his new position as an ambassador for the "Quartet," ask our Lord to grant him great wisdom, direction and guidance in this end- time role. An avowed Christian, pray that all other supernatural influences would be bound from affecting his decisions in this office, and that he would hear and obey ONLY the God of Abraham, Isaac, and Jacob in his new role. This report from the Associated Press only mentions "Palestine," but the TRUTH is that Israel needs to be acknowledged, too. May God whisper in the ear of Tony Blair His secret ways of leading . . . In Jesus Name, amen.

· "The Lord has opened my ear and I was not rebellious, neither turned away." (Isaiah 50:5) 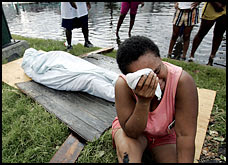 Torrential storms blamed for at least 11 deaths over the past week flooded parts of central Texas early Wednesday, stranding dozens of people on roofs, in trees and in vehicles. "We got hard facts of 18-plus inches of rain in a couple of those places since midnight," Austin-Travis County emergency medical services spokesman Warren Hassinger said just after 7 a.m. More rain was expected, the National Weather Service said.

Meanwhile, in northern California, efforts to tame a raging wildfire that has destroyed some 200 homes near Lake Tahoe suffered a setback when a backfire set by firefighters to control the blaze jumped a fireline, forcing a new round of evacuations, authorities said.The fire started Sunday near the south end of Lake Tahoe. By Tuesday evening, it had consumed more than 3,000 acres - about 4.69 square miles - and was about 44 percent contained.

· Pray for those who are battling the fires in California and the floods in Texas, that they be strengthened in their roles. Pray for protection for all who are in the paths of this devastation. Pray!

· "The effectual, fervent prayer of a righteous man availeth much." (James 5:16)