"Know therefore that the LORD your God is God; he is the faithful God, keeping his covenant of love to a thousand generations of those who love him and keep his commands." (Deut. 7:9)

Classes at Virginia Tech resumed Monday one week since a gunman opened fire on the Blacksburg, Va., campus, killing 32 people.

· Lord, we pray for Your peace - which passes all understanding to be upon everyone associated in any way with Virginia Tech and Blacksburg during this time of mourning for them. We pray for those who have fear to be able to focus on You instead!

· But my eyes are upon You, O God the Lord; In You I take refuge; Do not leave my soul destitute. Keep me from the snares they have laid for me, and from the traps of the workers of iniquity. Let the wicked fall into their own nets, While I escape safely. (Psalms 141:8,10)

Two congressional gun-control advocates plan to introduce a bill that would provide "huge incentives" for states to automate their criminal history records, so people who shouldn't have guns can't get them legally, they said. Sen. Chuck Schumer and Rep. Carolyn McCarthy, both New York Democrats, said their legislation would provide $250 million to state agencies and $125 million to state courts for computer upgrades that would "ensure speedy delivery of information" to the FBI.

· We pray, Lord, that there will not be any abuse or over-reaction to this tragedy in Virginia Tech - but that everyone will have Your wisdom about which laws need to be enacted! We pray that vigilant people will watch over this issue very, very carefully. 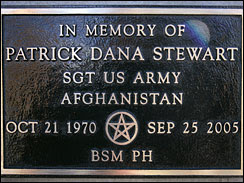 In a settlement announced Monday between the Department of Veterans Affairs and Wiccans, the Wiccan pentacle has been added to the list of emblems allowed in national cemeteries and on the gravestones and grave markers of fallen soldiers.

· Lord, we pray that there will not be any more erosion in our nation of Christian values. We bind in Jesus' name all influences that would come upon our nation to turn away us away from God and we release our nation to wholeheartedly want to know, serve , and love You!

· There shall not be found among you anyone who makes his son or his daughter pass through the fire, or one who practices witchcraft, or a soothsayer, or one who interprets omens, or a sorcerer . . . For these nations which you will dispossess listened to soothsayers and diviners; but as for you, the Lord your God has not appointed such for you. (Deuteronomy 18:10,14) 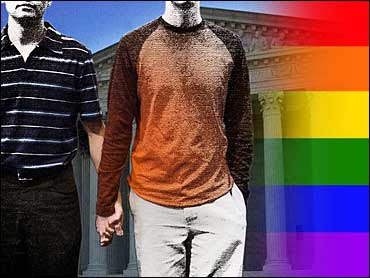 Gov. Christine Gregoire signed into law yesterday a measure to create domestic partnerships, giving homosexual couples some of the same rights that come with marriage.

· Lord, we pray for the blinders to be taken off of people who are in a homosexual union and those who support these unions and partnerships.

· Be renewed in the spirit of your mind, and that you put on the new man which was created according to God, in true righteousness and holiness. (Ephesians 4:23)

A former engineer at the nation's largest nuclear power plant has been charged with taking computer access codes and software to Iran and using it to download details of plant control rooms and reactors, authorities said. The FBI said there's no indication the plant employee training software had any terrorist connections. Mohammad Alavi, who worked at the triple-reactor Palo Verde power plant west of Phoenix, was arrested April 9 at Los Angeles International Airport when he arrived on a flight from Iran.

· We pray that any and every thing that has slipped through to our nation's enemies will not be able to be used against us. We pray for a continued hedge of protection around our nation, our allies, and everything that pertains to us. Lord, let us be vigilant about everything that concerns us.

· Have You not made a hedge around him, around his household, and around all that he has on every side? You have blessed the work of his hands, and his possessions have increased in the land. (Job 1:10)

The Russian contractor building Iran's Bushehr nuclear power station said on Sunday the two sides had signed a protocol outlining what measures should be taken to guarantee payments for the project.

· We pray for the leadership of Russia and especially for President Putin to be saved. Just as Paul was knocked off his horse, let them have a Damascus experience and let them be faithful and obedient to the Lord forever more. Without the Lord, it is impossible to do righteous things!

· And Ananias went his way and entered the house; and laying his hands on him he said, "Brother Saul, the Lord Jesus, who appeared to you on the road as you came, has sent me that you may receive your sight and be filled with the Holy Spirit." (Acts 9:17)

Posted by Capitol Hill Prayer Partners at 1:52 AM