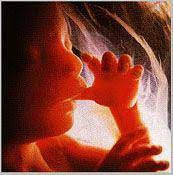 Tomorrow -- Tuesday, April 10 -- the U.S. Senate will begin debate on a bill (S. 5) to fund research that requires the killing of human embryos. The Senate will vote on this bill as early as Wednesday. (See full article, below.) 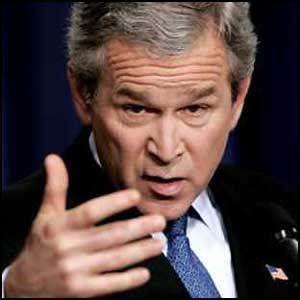 • Pray for wisdom, wisdom, wisdom for President Bush and for Congress as they all deal with this thorny, complex and very difficult issue. • "If any of you lacks wisdom, let him ask of God, who gives to all liberally and without reproach, and it will be given to him." (James 1:5)

Senate Armed Services Committee Chairman Carl Levin, D-Mich., said he would not back a plan — to be introduced this week by Sen. Russ Feingold, D-Wis., and already endorsed by Senate Majority Leader Harry Reid — to cut off money for the Iraq war effort by March 31, 2008. "We're not going to vote to cut funding, period," Levin said. "But what we should do, and we're going to do, is continue to press this president to put some pressure on the Iraqi leaders to reach a political settlement."

House Speaker Nancy Pelosi yesterday defended her whirlwind Middle East peace mission in the face of wide criticism about her choice of words -- and fashion -- during the trip.

• Bind the spirit of Judas and Jezebel that precipitated this visit; and loose a spirit of humility and repentance upon Nancy Pelosi. Unfortunately, in the heady halls of "power" in Washington, D.C., one can become easily lost and confused. Pray for damage control over this event, and ask that action be taken by Congress to bring order out of this chaos. Only the President of the United States sets our foreign policy. • "Father, forgive them, for they know not what they do." (Luke 23:34) "Assuredly, I say to you, whatever you bind on earth will be bound in heaven, and whatever you loose on earth will be loosed in heaven." (Matt. 18:18) "Therefore I exhort first of all that supplications, prayers, intercessions, and giving of thanks be made for all men, for kings and all who are in authority, that we may lead a quiet and peaceable life in all godliness and reverence." (I Timothy 2:1,2)

A top U.S. Democratic congressman met a leader of Egyptian President Hosni Mubarak's most powerful rival, the outlawed Muslim Brotherhood, U.S. officials and the Islamist group said Saturday. Visiting House Majority Leader Steny Hoyer met with the head of the Muslim Brotherhood's parliamentary bloc, Mohammed Saad el-Katatni, twice on Thursday — once at parliament and then at the home of the U.S. ambassador to Egypt, Brotherhood spokesman Hamdi Hassan said. Secretary of State Condoleezza Rice has refused in the past to meet with the Muslim Brotherhood, the country's largest opposition group.

• In addition to praying for Nancy Pelosi, please intercede for Steny Hoyer.
• "Therefore I exhort first of all that supplications, prayers, intercessions, and giving of thanks be made for all men, for kings and all who are in authority, that we may lead a quiet and peaceable life in all godliness and reverence." (I Timothy 2:1,2)

The renegade cleric Muqtada al-Sadr urged the Iraqi army and police to stop cooperating with the United States and told his guerrilla fighters to concentrate on pushing American forces out of the country, according to a statement issued Sunday.

• Once again, bind the spirits of chaos and confusion that Al-Sadr is attempting to unleash, and speak peace and unity to the nation of Iraq. May the Iraqi people see through his ranting to understand that Al- Sadr only wants to grab the headlines at this time. Continue in prayer for the protection of our troops in Iraq. • "Let the wicked fall into their own nets, while I escape safely." (Psalm 141:10)

Posted by Capitol Hill Prayer Partners at 6:19 AM