Egyptian authorities uncovered two new tunnels along the border with the Gaza Strip and arrested a Palestinian man trying to cross through one, a security official said Sunday.

After officials in Jerusalem confirmed that progress had in fact been made in negotiations towards kidnapped soldier Gilad Shalit's release, Hamas officials noted that a prisoner swap deal had "advanced considerably". 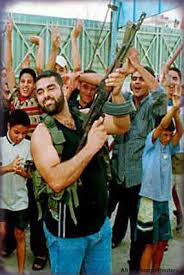 Due to what PLO chief Mahmoud Abbas described as herculean efforts on his part, the "Palestinians" have finally transfered to Israel a list of security prisoners they want released in exchange for an abducted IDF soldier.

Posted by Capitol Hill Prayer Partners at 6:18 AM