“He made known His ways to Moses, His acts to the children of Israel. The LORD is merciful and gracious, slow to anger, and abounding in mercy.” (Psalm 103:7–8)

Syrian politicians have hailed House Speaker Nancy Pelosi's visit to Damascus as a diplomatic triumph that may force the Bush administration -- which opposed the visit -- to change its policy toward President Bashar Assad's regime.

2. Pelosi talks to Assad with no authorization by the U.S. - Washington Times

House Speaker Nancy Pelosi delivered the wrong message to Syrian President Bashar Assad from Israel, Prime Minister Ehud Olmert's office said on Wednesday evening. The Israeli daily Ha'aretz quoted unnamed sources in the prime minister's office as saying that Pelosi had taken "part of the things that were said in the meeting, and used what suited her." 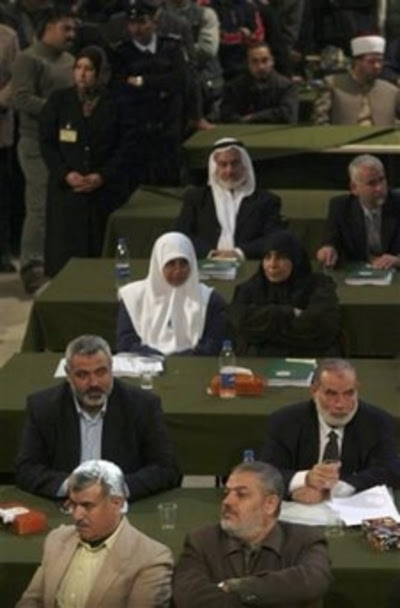 Saudi Arabia insisted Tuesday that direct talks with Israeli Prime Minister Ehud Olmert would only be possible after Israel accepts the Arab peace initiative. Olmert recently called for a summit with the Saudis in order to discuss the peace process, following an Arab League decision to re-launch a 2002 peace initiative that calls for an Israeli withdrawal to pre-1967 boundaries and a mutually satisfactory solution to the refugee problem. A Saudi source told The Associated Press that Israel must accept the peace proposal "before any meeting is considered."

A minister in the government of Ehud Olmert said openly Thursday Israel would eventually give in to Arab demands and European insistence and surrender the Golan Heights to the Syrians. "We know that the price will be, in the end, that Israel will come down from the Golan Heights," Immigrant Absorption Minister Ze'ev Boim said.