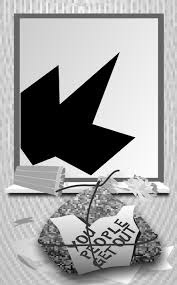 Scores of ex-homosexuals came to Washington this week, led by Alan Chambers, President of Exodus International, to join with leading pastors and representatives of the Family Research Council to urge Congress to reject the Hate Crimes legislation sponsored by Sens. Ted Kennedy (D-MA) and Gordon Smith (R-OR). A planned press conference was cancelled in order to honor the students slain at Virginia Tech, but ex-gay citizen lobbyists fanned out across Capitol Hill to share their message with Congress.

S. 1105 is now named after Matthew Shepard, a homosexual college student whose murder shocked the country. It would treat "sexual orientation" and "gender identity" (i.e., cross-dressing and sex- change operations) as "protected classes" and make a crime motivated by prejudice, a federal offence. An offender's religious opinions about homosexuality could therefore be on trial and special punishments rendered against him. The bill, if passed, would elevate homosexuals as higher class citizens above the elderly, children, women and all other people who do not have special treatment under the law. Instead of ending discrimination, this bill helps to create a new caste system in America that gives special treatment to persons because of their sexual behavior - a behavior that just a few years ago, was a criminal offense in many states. The House Hate Crimes bill is H.R. 1592.

· Pray that God will stir the Church and the American people to understand the threat that Hate Crimes laws really are. May sufficient numbers stand to say "NO!" to the Congresmen, and may the bill be defeated. May the President be courageous and stand ready to veto, should the bill somehow pass. (Josh 23:6; Pr 17:15; Is 5:20; Rom 1:26-32)

Posted by Capitol Hill Prayer Partners at 1:50 AM