President Bush accused Democratic lawmakers of trying to make a political statement with their war- funding bill that sets a timetable for withdrawing troops from Iraq and he vowed again to veto it. I'm disappointed that the Democratic leadership has chosen this course, Mr. Bush said. They chose to make a political statement, he said. That's their right but it is wrong for our troops and it's wrong for our country. To accept the bill proposed by the Democratic leadership would be to accept a policy that directly contradicts the judgment of our military commanders.

· Father we thank you that President Bush will veto this timetable attempt. We ask for a change in the funding package that would meet the needs of our troops without restrictions that cause harm to the security not only of Iraq but the entire Middle East and U.S. as well. · "For You have armed me with strength for the battle; You have subdued under me those who rose against me." (2 Samuel 22:40)

President Bush last night ordered the Pentagon and Department of Veterans Affairs to come up with a joint process for establishing the level of disability of injured service members, and to implement other recommendations from a presidential task force. Those recommendations, the latest military health- care reform promised by the Bush administration, are intended to 'streamline' the care and benefits given to veterans of the wars in Iraq and Afghanistan, said Veterans Affairs Secretary Jim Nicholson, who chaired the task force.

· We thank you Lord, for the revelation of problems within the health care system of our Armed Forces, and for ideas for change to that system. We ask that these proposals be without political agenda, and be a positive, life-saving change for our veterans. · "The Lord is gracious and full of compassion." (Psalm 111:4) 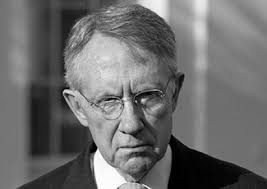 In a rare news conference in the Capitol following the weekly Republican Conference luncheon, Cheney told reporters that Reid's Monday speech on Iraq policy was "troubling" because of its 'defeatism' and charged that Reid was using the issue to better position his party to pick up seats in the upcoming election. "It is cynical to declare the war is lost because you believe it gives you political advantage," Cheney said, noting that Reid and other Democratic leaders have predicted they would pick up seats in 2008 because of the war.

· We rebuke the spirit of pacifism within our Congress, and declare that it is YOU who are defeated! We stand firmly against the words of Senator Reid and rebuke this defeatism in the Name of Jesus! We declare that this battle in Iraq and against terrorism belongs to the Lord. Father, we cover Vice President Cheney with the Blood of Jesus to protect him from the obvious intent of the enemy to destroy him. · "He who troubles his own house will inherit the wind and the fool will be servant to the wise of heart." (Proverbs 11:29)

In rapid succession, congressional committees Wednesday ramped up their investigations of the Bush administration by approving a subpoena for Secretary of State Condoleeza Rice, and granting immunity to a former key aide, Monica Goodling, to Attorney General Alberto Gonzales for her testimony on why the administration fired eight federal prosecutors. By 21-10, the House oversight committee voted to issue a subpoena to Rice to compel her story on the Bush administration's claim, now discredited, that Iraq was seeking uranium from Africa.

The House oversight committee also issued subpoenas for the Republican National Committee for testimony and documents about White House e-mails on RNC accounts that have apparently gone missing. Simultaneously, the Senate Judiciary Committee approved - but did not issue - a subpoena on the prosecutors' matter to Sara Taylor, deputy to presidential adviser Karl Rove.

· Gracious Lord, the attacks on the Bush Administration continue to rage like a flood! We Claim Your protective promises for America and the Bush Administration, found in Isaiah, that You will be Zion's and our Redeemer! · "So shall they fear the Name of the Lord from the West, and His glory from the rising of the sun; when the enemy comes in like a flood, the Spirit of the Lord will lift up a standard against him." (Isaiah 59: 19 NKJV) 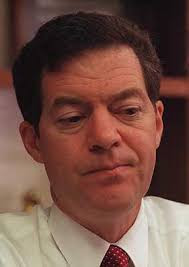 Republican presidential hopeful Sen. Sam Brownback said yesterday he no longer supports the immigration overhaul bill that he helped pass in the Senate. "I would not vote for the same bill," Mr. Brownback told reporters yesterday morning, saying that after the bill passed the Senate he had a chance to study its effects and decided it led to too much immigration.

It's a major reversal for a man who is listed as one of seven original sponsors of the bill, along with Sen. Edward M. Kennedy, Massachusetts Democrat, and Sen. John McCain, Arizona Republican, who spearheaded the bill.

· Offer praise for the humility of Senator Brownback, and for his careful consideration of all the ramifications of this mammoth bill. Illegal immigration is a vast and a very complex issue, and one which must be approached carefully and SLOWLY before laws are passed to change current policy. The Bush administration is urging passage of a "comprehensive immigration package" this year. Lift up prayer that many others will adopt the "go slow" approach of this senator before any new immigration laws are passed. · "Be wise now therefore, O ye kings: be instructed, ye judges of the earth. Serve the LORD with fear, and rejoice with trembling. Kiss the Son, lest he be angry, and ye perish from the way, when his wrath is kindled but a little. Blessed are all they that put their trust in him." (Psalm 2:10-12)

Zalmay Khalilzad, the new U.S. ambassador to the U.N., said Tuesday the future of the Middle East is "the defining challenge of our time," just as Europe's security problems challenged the world for much of the 20th century. Khalilzad, a veteran diplomat who recently stepped down as U.S. ambassador to Iraq, also called for greater U.N. involvement in Iraq and urged Sudan to accept a joint U.N.-African Union force in conflict-wracked Darfur.

· Father, while we seek peace in the Middle East, and also an end to the suffering in Darfur, we ask that You provide an ambassador to the U.N. that is firmly aware that the organization is inherently flawed. We pray for a new representative who stands firmly for Your Word alone, and for Israel and the United States as Your nations. We pray for forgiveness over Mr. Khalilzad, that You would bring him into the salvation of Christ. · "He who rules over men must be just, ruling in the fear of the Lord." (2 Samuel 23:3b)

· Father as we pray for the peace of Jerusalem, and stand with our brothers and sister in the Middle East, we pray that You will intervene against any peace proposal that compromises the security and safety of Israel. We ask that Your lands be preserved and protected against the encroachment of those who seek to destroy Your people. We bind the spirit of intimidation and murder which constantly attacks Israel, and ask that Your Spirit move over the land like a mighty wind. · "Let all those who hate Zion be put to shame and turned back." (Psalm 129:5)