President Bush’s national security adviser has raised serious doubts about Iraqi Prime Minister Nouri al- Maliki’s ability to control sectarian violence, The New York Times reported Tuesday. National security adviser Stephen Hadley told Bush and other top administration officials in a Nov. 8 classified memo that the United States may have to take steps to strengthen the Iraqi leader politically, the newspaper said in an article posted on its Web site. “He impressed me as a leader who wanted to be strong but was having difficulty figuring out how to do so,” Hadley said in a text of the memo published by the Times.

• May Mr. Hadley be wise in releasing future information about participants and discussion topics in Heads-of-State meetings. May he ask Godly guidance on how to deal with important life and death matters, not only in Iraq and Jordan, but throughout the world. As Jesus warned, defilement comes from within. • "Not what goes into the mouth defiles a man; but what comes out of the mouth, this defiles a man." (Matthew 15: 11 NKJV)

President Bush's scheduled face-to-face with Iraqi Prime Minister Nouri al-Maliki was abruptly shelved Wednesday night, a casualty either of a reluctance to include Jordan's King Abdullah II — as the Iraqis explained — or, fallout from the leak of a secret White House memo that questioned the Iraqi leader's ability to govern. . . White House officials told reporters that it was decided the three-person meeting was "in the end not the optimal way to spend the president's time," and it would not have been as productive as the previously scheduled separate bilateral meetings between the leaders.

• Dearest Lord, we rest in the knowledge that You are the giver of official positions and You determine their affairs. May this meeting occur at just the right time with You in its midst! • "Thus says the Lord God: 'Behold, I will lift My hand in an oath to the nations, and set up My standard for the peoples. Then you will know that I am the Lord, for they shall not be ashamed who wait for Me.' " (Isaiah 49: 22a & 23b NKJV 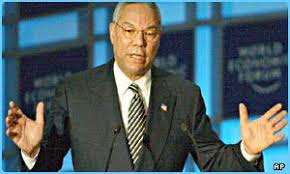 Former U.S. Secretary of State Colin Powell said on Wednesday Iraq had descended into civil war and urged world leaders to accept that "reality". "I would call it a civil war," Powell told a business forum in the United Arab Emirates. "I have been using it (civil war) because I like to face the reality," added Powell.

• Please pray that former Secretary of State Powell will return to a sense of allegiance to his former Commander in Chief and administration. We ask for wisdom, too! May he not be a naysayer, but a supporter of our nation's foreign policies that he helped design! • "Deceit is in the heart of those who devise evil, but counselors of peace have joy." (Proverbs 12: 20 NKJV)

Iranian President Mahmoud Ahmadinejad sent a lengthy letter to the American people Wednesday, addressing "Noble Americans" and urging unity with Iran in spite of what the U.S. government says and does.

• Woe to those who lie and plan evil. As the Lord admonishes in the ninth of His Ten Commandments: "You shall not bear false witness against your neighbor." (Exodus 20: 16 NKJV) • He also inspired Solomon to encourage us in His Book of Proverbs: "The wicked is ensnared by the transgression of his lips, but the righteous will come through trouble." (Proverbs 12:13 NKJV) 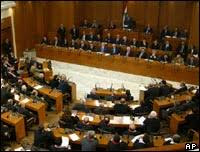 • Thank You, Lord for answering our prayers that hidden plans of violence would be revealed throughout the Middle East and the World! Thank You for saving these lives. May they know the great "I Am" is their true Savior! • "For there is nothing hidden which will not be revealed, nor has anything been kept secret but that it should come to light." (Mark 4:22 NKJV)

Sen. Bill Frist (R-Tenn.) announced Wednesday that he will not run for the White House in 2008 and will instead return to private practice after he leaves Congress in January.

• As different potential candidates for the presidency, from both parties, weigh whether to "throw their hats into the ring" in coming weeks, intercede that each one will hear and do as our Lord would direct. Ultimately, the government (of His Kingdom) rests upon His shoulder. • "The Lord is our judge; the Lord is our lawgiver; the Lord is our king, He will save us." (Isaiah 33:22) 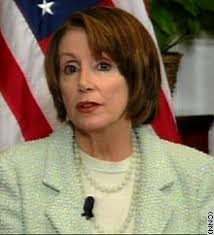 In a test of her leadership, House Speaker-elect Nancy Pelosi rejected once-impeached Rep. Alcee Hastings as chairman of the House Intelligence Committee on Tuesday, a move that could blunt early criticism she is paying lip service to ethics reform.

• Dearest Jesus, we humbly ask for help for Congressman Hastings that he will find his self-worth in You and not in the things of this world. We also ask for a softened heart toward You for this man and for House Speaker-elect Nancy Pelosi as she assumes the top leadership position in January. May they both seek Your wisdom and most importantly, Your Face! • "Beware lest anyone cheat you through philosophy and empty deceit, according to the tradition of men, according to the basic principles of the world, and not according to Christ. Let no one cheat you of your reward, taking delight in false humility and worship of angels, intruding into those things which he has not seen, vainly puffed up by his fleshly mind, and not holding fast to the Head, from whom all the body, nourished and knit together by joints and ligaments, grows with the increase that is from God." (Colossians 2: 8 & 18-19 NKJV)

The mild 2006 Atlantic hurricane season draws to a close Thursday without a single hurricane striking the United States — a stark contrast to the record- breaking 2005 season that killed more than 1,500 people and left thousands homeless along the Gulf Coast.

• We wish to thank all of you who have lifted up prayers in agreement with our alerts, asking our Lord to show His mercy upon our coastlands this year, and to restrain the forces of nature that cause hurricanes to form. With the many other challenges we face now as a people, this is the last thing we have needed this fall! Praise God for this answer to prayer. His mercy endureth forever! • "Oh, give thanks to the LORD, for He is good! For His mercy endures forever." (Psalm 136:1)

On Wednesday, Al-Qaida in Iraq called Pope Benedict XVI's visit to Turkey a "crusader campaign" against Islam. In Istanbul, Vatican officials said the remark shows the need for faiths to fight "violence in the name of God." The trip is the Pope's first visit to an Islamic country as pontiff, seeking dialogue with Muslims who were angered over a speech he made in September in which he cited a medieval text that linked Islam and its prophet, Mohammed, with violence.

• Our prayer, Father, is for Your protection and wisdom for Your servant Pope Benedict, his host, Turkish Prime Minister Recep Tayyip Erdogen, and their families and staffs. May all of us, as Your children, assume the "Character of the New Man" you speak of through Your convert, the apostle Paul, to win over Your enemies, that they might be rebuked and saved. • "Therefore, as God's chosen people, holy and dearly loved, clothe yourselves with compassion, kindness, humility, gentleness and patience. And whatever you do, whether in word or deed, do it all in the name of the Lord Jesus, giving thanks to God the Father through Him." (Colossians 3: 12, 17 NIV)

Posted by Capitol Hill Prayer Partners at 3:01 AM