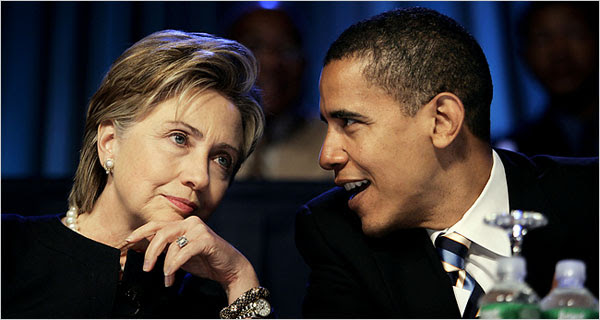 The political endgame to the Democratic presidential nomination race began in earnest Monday, with Sen. Hillary Rodham Clinton shedding staff, but arguing that electability - not the delegate count - is "the most important question," and Sen. Barack Obama pledging to meet her "at a time and place of her choosing."

· Lord, we ask that only You prevail over the Presidency of America, and that all hidden secrets continue to be revealed.

· "Yet regard the prayer of Your servant and his supplication, O Lord my God, and listen to the cry and to the prayer which Your servant is praying before You. . ." (2 Chronicles 6:19)

An initiative that would again outlaw gay marriage in California has qualified for the November ballot, the Secretary of State announced Monday.

· Father, we ask Your intervention in this issue in California, that righteousness will prevail over the gay agenda.

· "Righteousness exalts a nation, but sin is a reproach to any people." (Proverbs 14:34)

Passengers traveling to the United States from countries whose citizens do not need visas must register online with the US government at least 72 hours before departure, in the latest measure to strengthen American security.

· Lord, we thank You for a stricter security measure, but know fully that our trust is in You for protection and not in the plans of men.

· "Some trust in chariots, and some in horses, but we will remember the name of the Lord our God." (Psalm 20:7)

Sen. John McCain is supporting a proposal for an international league of democracies to achieve what the United Nation sometimes cannot.

· Lord, You alone know if this organization is the answer to the corrupt nature of the UN. We ask that You move across our leaders to give them Your wisdom on this issue.

Most Iraqis support the U.S. troop presence in Iraq and think a rapid withdrawal would lead to "chaos and anarchy," said Adnan Pachachi, a member of the National Assembly of Iraq and a former president of Iraq's Governing Council (IGC), on Friday. He also said that the best policy now lies somewhere between the strategies outlined by Sen. John McCain (r-Ariz.) and Sen. Barack Obama (D-Ill.).

· Lord, we place Iraq in Your hands and ask that You create a stable country free of terrorism. We pray that no presidential candidate will remove our troops too quickly, and that Your wisdom will guide them.

6. Ahmadinejad Says Israel Will Soon Disappear With or Without Iran - AFP 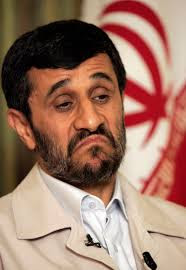 · Lord, the arrogant and prideful spirit of this region has once again threatened Your people and land.

· "Hear, O our God, for we are despised; turn their reproach on their own heads, and give them as plunder to a land of captivity!" (Nehemiah 4:4)

Tens of thousands of visitors came up to Jerusalem Sunday and Monday to participate in celebrations marking 41 years since the capital was reunified and restored to Jewish sovereignty millennia after it was lost to them. Parades, concerts, flag dances ...

"Israel is not alone. The people of Israel reserve a special respect for courage. The State of Israel was created to offer escape from antisemitic persecutions like the Holocaust. The threats to Israel's security are large and growing. Israel's enemies ...

Three Israeli Arabs [that's right, three Arabs enjoying all the privileges of Israeli citizenship] were recently arrested for plotting to kidnap and murder an IDF soldier, and use his body to trade for Palestinian prisoners. The suspects are believed to ..

The criminals making up the Lebanese Hizb'allah organization - just last week dubbed the world's A-Team of terrorism - were Sunday relishing yet another victory over their hated Jewish neighbors, bragging that Israel handed back one of their spies in ...

The weeks leading up to June 16 in California are proving to be anxious ones for both sides of the marriage debate. On that Monday, the state Supreme Court will announce whether homosexual pairs can wed immediately or whether California will hold off on implementing its decision until voters cast their ballots on the marriage protection amendment in November.

While homosexual activists are already claiming victory, pro-marriage allies from across the nation are bolstering the court's case for "staying" the ruling. The attorneys general of nine states, all of whom have a stake in the outcome of the June decision, urged the justices not to instigate same-sex "marriage" until the November election. In a strong showing, the attorneys general of Alaska, Colorado, Florida, Idaho, Michigan, Nebraska, South Carolina, South Dakota, and Utah echoed our concern that a premature walk down California's aisle could mean legal bedlam in several states.

Unlike Massachusetts, California law allows couples from other states to obtain marriage licenses. If out-of- state couples exchange vows before November, then travel home and sue their home state for recognition, American courts will be tied up for years trying to sort out what was preventable chaos. For the 26 states with marriage protection amendments, homosexual activists face an uphill battle even if the June 16 outcome is favorable to them.

The National Abstinence Education Association (NAEA) has launched a national campaign to educate parents about the harmful information their children are often exposed to in so- called "comprehensive" sex-education classes at school. Parents for Truth will equip parents to fight "comprehensive" sex ed in their children's schools and promote abstinence-focused sex education.

NAEA Executive Director Valerie Huber said most parents would be shocked to learn what is being taught in "comprehensive" sex-education classes.

" 'Comprehensive' sex education is often very graphic and explicit," she said. "It is not age-appropriate, and it actually encourages sexual activities that put teens at risk for not only disease, but a host of other consequences.

"With abstinence education, the purpose is to provide all of the risks associated with teen sexual activity and encourage them to wait until marriage. And while contraception can be discussed, it's always within the context of why abstinence is the best choice."

Parents for Truth aims to recruit 1 million parents over three years to fight groups like Planned Parenthood that are targeting children with dangerous and explicit sex-education curricula.

The Islamic Insurrection In America Must Be Put Down

The lack of tolerance and discrimination against Christians by Muslims has made national news. A Dearborn, Michigan high school wrestling coach was fired by an Islamic principal because a former assistant coach was suspected of bearing Christian witness to Islamic youth. The coach was only one year away from retirement and had coached in the school district for some 35 years. The Islamic principal said the coach was a non-union "at-will" employee that could be fired at any time. Coach Jerry Marszalek said the principal never attended practices or wrestling meets, but "makes judgments according to which Arabic parent complains about another parent, who is a Christian minister, and I get lumped in."

Islamist principal Imad Fadlallah and Muslim parents of students at the school were concerned about the possibility that former assistant coach and Christian pastor Trey Hancock may have witnessed Christ to the Islamic students. Hancock, who has a son on the wrestling team, told reporters that he has witnessed to students, but never while coaching at the school. Three years ago Fadlallah ordered Coach Marszalek to keep "Hancock and his family away from the other children" at the school. The Islamic parents wanted Hancock banned from the school entirely and felt it was Coach Marszalek's responsibility to enforce the ban.

This is nothing short of religious discrimination and a violation of Coach Marszalek's and Pastor Hancock's rights as citizens of the United States. It is what happens when a fascist political system disguised as a religion is allowed to take root and prosper to the point of having positions of power within a community. All Americans need to wake up and understand that Islam is trying to take over the United States by creating centers of power across the country and then using that power to establish a government within a government under Sharia Law principles. In America, we are free to exercise our religion whether Islam likes it or not. Islam is not America nor should it be allowed to prosper here.

This is a classic example of dhimmitude where Islamists have claimed control over an area and all non-Islamic people are subject to the Islamic rule and Sharia law. It must be understood, however, that Dearborn, Michigan is under the sovereignty of the United States. The U.S. government should immediately root out this nest of insurrectionists and disperse them or deport them. America has always been distinct because its culture embraced the values of freedom. Islam is a threat to the nation and its liberty. Galatians 5:1 says, "Stand fast therefore in the liberty wherewith Christ has made us free and be not entangled again with the yoke of bondage." It is time to put down this rebellion and save our nation.

The evangelists say they were threatened with arrest for committing a "hate crime" and were told they risked being beaten up if they returned. The incident will fuel fears that "no-go areas" for Christians are emerging in British towns and cities, as the Rt Rev Michael Nazir- Ali, the Bishop of Rochester, claimed in The Sunday Telegraph this year.

Arthur Cunningham, 48, and Joseph Abraham, 65, both full-time evangelical ministers, have launched legal action against West Midlands Police, claiming the officer infringed their right to profess their religion. Mr Abraham said: "I couldn't believe this was happening in Britain. The Bishop of Rochester was criticised by the Church of England recently when he said there were no-go areas in Britain but he was right; there are certainly no-go areas for Christians who want to share the gospel."

The preachers, both ministers in Birmingham, were handing out leaflets on Alum Rock Road in February when they started talking to four Asian youths. A police community support officer (PCSO) interrupted the conversation and began questioning the ministers about their beliefs. They said when the officer realised they were American, although both have lived in Britain for many years, he launched a tirade against President Bush and the wars in Iraq and Afghanistan.

Mr Cunningham said: "I told him that this had nothing to do with the gospel we were preaching but he became very aggressive. "He said we were in a Muslim area and were not allowed to spread our Christian message. He said we were committing a hate crime by telling the youths to leave Islam and said that he was going to take us to the police station."

The ministers claim he also advised them not to return to the area. As he walked away, the PCSO said: "You have been warned. If you come back here and get beaten up, well you have been warned". West Midlands Police, who refused to apologise, said the incident had been "fully investigated" and the officer would be given training in understanding hate crime and communication.

Original article from the Telegraph is here.

Posted by Capitol Hill Prayer Partners at 12:41 AM