1. Obama Seals Nomination: 'This Is Our Moment,' While McCain Says "The General Election Begins Now!"- NewsMax and Fox News

Before a crowd of cheering thousands, Sen. Barack Obama of Illinois laid claim to the Democratic presidential nomination Tuesday night, taking a historic step toward his once-improbable goal of becoming the nation's first black president. Hillary Rodham Clinton maneuvered for the vice presidential spot on his fall ticket without conceding her own defeat.

Earlier last night, Republican Presidential nominee, Sen. John McCain told supporters in Kenner, LA, a suburb of New Orleans: "I don't seek the presidency on the presumption I'm blessed with such personal greatness that history has anointed me to save my country in its hour of need. I seek the office with the humility of a man who cannot forget my country saved me. I assure you that if I'm elected president, the era of reform and problem solving will begin. From my first day in office, I'll work tirelessly to make America safe, prosperous and proud. And that, my friends, is the kind of change we need."

· Gracious Father, may You allow America to have a patriotic selfless man be the next President of the United States. A man who knows You as His Savior and respects Your Judeo-Christian laws. In Your Name we pray. Amen.

Congressional Democrats want to ban Pentagon propaganda on the Iraq war, but they are likely to find that enforcement is easier said than done.

· May those who want to "cut and run" from Iraq like Viet Nam, be silenced, Lord, for they do not care about the oppression of others, they are only concerned with themselves. May America have a heart for Iraq like a brother. We pray these things will come to pass for Your glory and praise, Lord. Amen.

· "He who loves his brother abides in the light, and there is no cause for stumbling in him. But he who hates his brother is in darkness and walks in darkness, and does not know where he is going, because the darkness has blinded his eyes." (1 John 2: 10-11 NKJV)

President Bush weighed in Monday against a Senate bill, Climate Security Act of 2008, that would require dramatic cuts in climate-changing greenhouse pollution; cautioning Senators "to be very careful about running up enormous costs for future generations of Americans." The Senate climate bill expected to be debated much of this week would cut emissions of carbon dioxide from burning fossil fuels and other greenhouse gases by about 70% over the next four decades.

An Environmental Protection Agency report on the legislation says it would increase gas prices by as much as $1.40 per gallon by 2050 and cause 44 percent increase in household power bills.

· We humbly ask Father, for Your peace to come upon this earth that You created for Your glory. It factually appears that this proposed climate legislation would increase fuel costs. We ask that the truth be revealed about its proposed outcomes and that Your divine way of providing fuel resources will happen in America for Your glory so that many may be saved both physically and spiritually.

· But as for you, you meant evil against me; but God meant it for good, in order to bring it about as it is this day, to save many people alive." (Genesis 50: 20 NKJV)

A recent Congressional Budget Office report says a cap on carbon emissions would cause an increase in gas prices that disproportionately impacts the poor, but Senate backers of the Climate Security Act of 2008 -- which caps U.S. carbon emissions -- said that it would not significantly raise gas prices. President George W. Bush and Senate conservatives disagree. They argue that the bill would cause a major hike in gas prices.

· Again, factual information points out that this legislation would hurt the economy, rather than help it. We ask again, Father, that You will intervene in the U.S. Senate and House, and touch legislator's and their staff's hearts to listen to You and to seek the Good for America and not fight against each other. In Your Name we pray for Your peace to descend upon our nation. Amen.

The U.S. military captured two Al Qaeda in Iraq bombing suspects, and a Shiite militia leader, and five associates in separate raids Tuesday north and south of Baghdad, the military said. All are accused of involvement in the masterminding of the murders and bombings of Iraqis and American soldiers.

The U.S. refers to such fighters as members of Iranian-backed "special groups" who are defying a cease-fire order by anti-American cleric Muqtada al-Sadr. Many of them are believed to have fled recent fighting in Baghdad's Shiite militia stronghold of Sadr City.

· Father of the Defenders of All Nations Who Trust In You, we pray that You will help end the slaughter of innocent men and women, and police and soldiers who are trying to help liberate Iraq from its oppressors. May Your Freedom shine in Iraq despite the setbacks of isolated attacks by insurgents. Thank You for revealing the whereabouts of these militia leaders for their apprehension. May the war on terrorism be won for Your glory and may many come to know Your Son, Jesus as their Savior. In Jesus' Name we pray. Amen.

· "Because he has set his love upon Me, therefore I will deliver him; I will set him on high, because he has known My name." (Psalm 91: 14 NKJV)

U.S. warships that have been waiting for three weeks for permission to deliver aid to the worst-affected parts of the country, will soon leave waters near Myanmar after the ruling military junta refused permission for the delivery of aid supplies to the cyclone-stricken Irrawaddy delta, a top U.S. commander said on Wednesday.

Admiral Timothy Keating said the USS Essex group will sail away from the former Burma on Thursday but leave several heavy-lift helicopters in neighboring Thailand to assist in the relief effort. 'Should the Burmese rulers have a change of heart and request our full assistance for their suffering we are prepared to help,' Keating, commander of U.S. forces in the Pacific, said in a statement.

· What would Jesus do? We thank You, Lord, that America has top commanders who know You and ask You for help with their daily decisions, that oftentimes affect life and death for whole countries. Please bless and restore Myanmar, the former Burma, with Your salvation for their very souls and their daily needs. We ask for Godly leaders for this nation who lives in the darkness of a country without You. In Jesus' Name we pray. Amen.

· "Arise, shine; for your light has come! And the glory of the Lord is risen upon you. For behold, the darkness shall cover the earth, and deep darkness the people; but the Lord will arise over you, and His glory will be seen upon you. The Gentiles shall come to your light, and kings to the brightness of your rising." (Isaiah 60: 1-3 NKJV)


1. Assad: Israel must withdraw to 67' borders, up to Tiberias - Ynet News 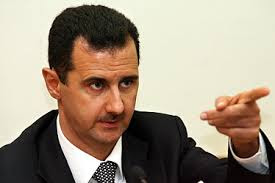 Israel must be prepared to return all Syrian lands captured in the Six Day War as part of any peace deal between the two sides, Syrian President Bashar al-Assad said in remarks published on Tuesday.

2. Olmert: Iranian threat must be stopped by all possible means - Ynet News 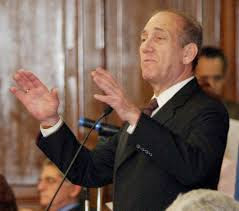 The Iranian threat must be stopped by all possible means, Prime Minister Ehud Olmert said Tuesday night as he addressed the American Israeli Political Activity Committee.

Posted by Capitol Hill Prayer Partners at 12:48 AM