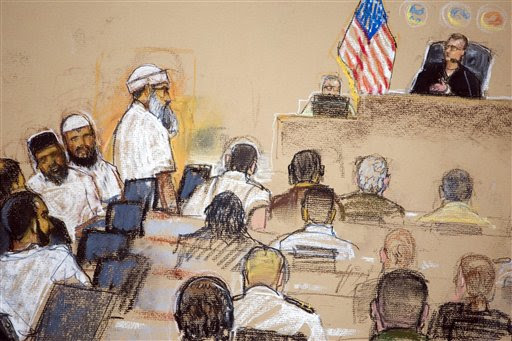 The mastermind of the Sept. 11 terror attacks has the Constitutional right to challenge his detention in U.S. civilian court, the U.S. Supreme Court ruled on Thursday. It's another major blow to the Bush administration.

· Father we stand on our Constitution as the document by which our nation is to be governed. We ask that if You have seen fit to grant these men rights, You will also grant our country justice for the terrible crimes they have committed.

· "Justice and judgment are the habitation of Thy throne; mercy and truth shall go before Thy face." (Psalm 89:14)

The House has voted to send articles of impeachment against President Bush to a committee that is not likely to hold hearings before the end of his term.

· Thank you Lord that You have "pigeon-holed" this measure and not allowed it to pass. We pray that by the time President Bush leaves office You will not only change his heart on many issues, but Your peace and comfort will surround him.

· "Though he fall, he shall not be utterly cast down: for the Lord upholdeth him with His hand." (Psalm 37:24)

Rep. Frank R. Wolf (R-Va.) called yesterday for better measures to protect government computers and cellphones from cyber- attacks after revealing that computers in his office and several others on Capitol Hill had been targeted in recent years by hackers thought to be based in China.

· Lord we have heard these reports off and on for a long time. We ask that You will ensure the safety of American computers and cell phones against any cyber attacks from domestic or foreign sources. We also ask a double portion of protection for the computers that are in use by our governing officials. In Your Name, amen. 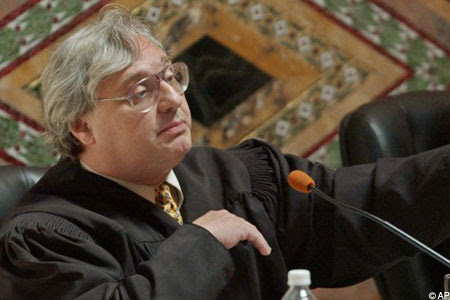 · Father, even those who stand at our gates have fallen into sin. The horrors of sin have crept into the highest levels of our government. Have mercy, Lord and redeem us. 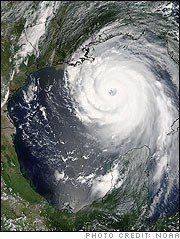 B) 4 Dead, 40 Injured by Tornado at Boy Scout Camp - CBN News
A tornado tore through a Boy Scout camp in the remote hills of western Iowa on Wednesday, killing at least four people and injuring 40, and setting off a frantic search to reach others in the piles of debris and downed trees.

C) Officials say tornadoes kill 2 in northern Kansas, more than 60 homes destroyed - AP
Authorities say two people are dead in northern Kansas after tornadoes cut a diagonal path across the state. The most extensive damage from the tornado outbreak Wednesday night appears to be in Chapman. Watson says a half-mile-wide tornado tore through the town, destroying more than 60 homes and numerous businesses. All three schools have been damaged.

· We pray, Lord, for Your mercy and comfort for those who have been struck by these disasters. We ask that the weather in all portions of our nation be calmed, and more disasters be averted.

· "Hear me when I call, O God of my righteousness; Thou hats enlarged me when I was in distress; have mercy upon me and hear my prayer." (Psalm 4: 1)

A) McCain's Relationship with Evangelicals - One News Now
The head of the National Clergy Council says GOP presidential nominee John McCain appears to be uninterested or inept in repairing his relationship with 25 percent of the American electorate -- evangelical Christians.

B) Bullishly or Not, Clinton Supporters Accept Obama - NewsMax
They may not be falling in love, but they're falling in line.

· The lack of a Godly leader will ensure our destruction. Please pray for God's visitation, conversion, truth, and conviction of sin over all Presidential candidates, including the third party ones now beginning to run.

· "For the leaders of this people cause them to err; and they that are led of them are destroyed." (Isaiah 9:16) "I exhort, therefore, that first of all, supplications, prayers, intercessions, and giving of thanks be made for all men; for kings and for all that are in authority; that we may lead a quiet and peaceable life in all godliness and honesty." (1Timothy 2: 1,2) 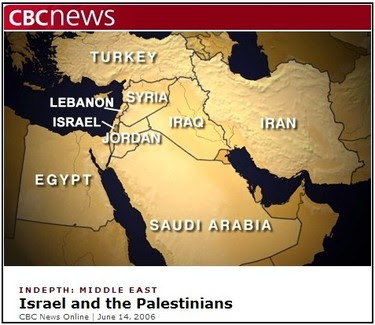 With more and more mortar attacks on communities near the Gaza Strip, the IDF is planning to install an advanced warning system in the area in the coming days, The Jerusalem Post has learned.

Palestinian Prime Minister Salaam Fayad said Wednesday he believes his people won't reach a peace deal with Israel before the year-end target set by the US.

Labor chairman Ehud Barak warned on Thursday morning that unless Kadima holds primaries and forms a government to his liking, he will lead the way to dissolving the Knesset and initiating an early general election.

Force would end blockade, serve as buffer between Fatah-Hamas rivals United Nations Secretary General Ban Ki-moon has proposed to dispatch a multinational force to ensure full and uninterrupted operation of Gaza's three main border crossings that have been closed since Hamas took over the Gaza Strip a year ago.

IDF forces killed two armed Palestinians who were assembling explosives along the Gaza security fence near Beit Lahiya on Thursday. A Givati Brigade unit fired on one militant while an IDF tank took down the other Palestinian militiamen. Later today, an explosion at a house in Beit Lahiya killed as many as four people, including a 4-month old infant and a teenager, while injuring 20 others. According to Hamas commanders, the blast was caused when an IAF aircraft fired a missile at the house, which belongs to senior Hamas bombmaker Ahmed Hamouda. But the IDF denied launching any operations in the area and said it was likely an "internal explosion."

Chancellor Angela Merkel of Germany joined President George W. Bush on Wednesday in calling for further sanctions against Iran if it did not suspend its uranium enrichment program.

President Bush threatened Iran Wednesday with more sanctions if it failed to stop enriching uranium and said all options were on the table to thwart Tehran's nuclear ambitions.

4. Power to the Iranian people: The only realistic U.S. policy - World Tribune

Over the past three decades, American policy towards Iran has drifted from ineffectual to misguided while the Islamic Republic has remained an enigma for most western strategists. The regime's rule is defined by oppression at home and aid to terrorists abroad. It routinely threatens Israel and challenges American interests where and when it can. Yet, successive American administrations have failed to develop a coherent, decisive strategy to face-down the fundamentalist regime.

(The following report was sent in by one of our prayer partners in California. We are bringing this to your attention now, for prayer, as the mainstream news is not covering this danger.)

In addition to all the weather related bad stuff across the country, the north end of the central valley is being plagued with wildfires. These are not up in the forest land but down close to cities and towns. The town of Palermo in the foothills lost 21 homes on Tuesday. Thousands were evacuated from the southeastern side of Chico yesterday. A friend of my son-in-law lost his business shop building to wildfire in Orland. There is fire on the eastern outskirts of the greater Sacramento area.

Wind gusts are still predicted up to 35 mph and the humidity is down around 10%. It is also starting to heat up for the weekend with temperatures predicted at around 100. Don't know what is starting these fires except for one about 4 miles north of my home that was started by a cigarette thrown out the window on I-5. Sacramento to Redding is about 150 miles so we are talking a large area. No rain since March and all the grasslands bone dry.

· Pray for these fires to abate, and for the protection of all the citizens in their path.

· "The effectual, fervent prayers of a righteous man availeth much." (James 5:16)

Chief judge of the U.S. 9th Circuit Court of Appeals Alex Kozinski gestures during oral arguments in an earlier case.

There is a fire ablaze in California over the Chief Judge of the 9th Circuit Court of Appeals--the most liberal of all the courts in America and the court most often overturned by the Supreme Court. Judge Alex Kozinski has suspended a trial over which he is presiding until the heat dies down. Its the heat created by disgusting pornographic pictures depicting naked women painted like and posing as cows, people defecating and urinating, and other images--images found on the judge's personal website that he says he doesn't believe are obscene. Nevertheless, Kozinski has since blocked public access to his website.

Normally, this type of personal behavior of a judge would not be made public, but in this particular case, Kozinski is presiding over a trial determining if movies depicting bestiality and extreme fetishes such as defecating and urinating are violating obscenity laws. The public is in an uproar over whether a judge that posts such images on his website for the public to see and doesn't see them as obscene can make an impartial ruling regarding such material. Of course, the defendant in the trial that wants his obscene movies to be cleared under freedom of speech protections does not want Kozinski removed from the trial.

Aside from presiding over the most liberal court in America, Kozinski long has been soft on pornography and its distribution. The judge is known for using the First Amendment to justify pornography. Several years ago, Kozinski led a successful charge to have filters removed that denied access to pornography on the Appeals Court computers. There are many excuses offered up on behalf of Kozinski. He is saying that he may have accidentally uploaded some of the images; that his son might have uploaded some of them; that they are his personal collection, so its nobody's business. But it is the public's business when a pervert is presiding over one of the most powerful courts in the land.

Kozinski should be impeached, tarred and feathered, run out of town and disgraced before the nation. How dare he and others like him pass judgment on America's most important Constitutional issues while harboring such inner demons and perversions. How can American citizens expect justice on issues such as the abomination of homosexual marriage when the very judges deciding the matter are sexual perverts themselves? This calls for a nationwide ethics cleansing of our courts. Jesus said in Matthew 7:17, "Even so every good tree brings forth good fruit; but a corrupt tree brings forth evil fruit." We have seen the evil fruit from the 9th Circuit Court, and now we have clear vision as to why--its now time to remove the corrupt trees.