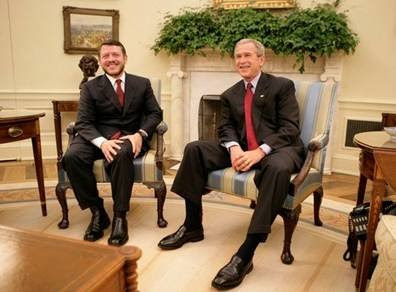 · While we do not know the agenda of this visit yet, please pray that it includes good news and support for Israel. Pray for God's wisdom for President Bush.

· "The Lord trieth the righteous: but the wicked and him that loveth violence his soul hateth." (Psalm 11:5)

The leaders of Canada, Mexico and the United States were meeting here Monday for an annual summit with the North American Free Trade Agreement taking center stage, amid criticism of the pact in the US presidential race.

· Pray that no foolish agreements were made at this annual summit. Declare null and void any invasions upon the sovereignty of the USA. Pray in the Spirit, for little media attention has been given to this summit, and we do not know any of the outcomes.

· " Say unto God, How terrible art Thou in Thy works! through the greatness of Thy power shall Thine enemies submit themselves unto Thee." (Psalm 66:3)

3. Al Qaeda No. 2: Attacks on Western nations in works - CNN 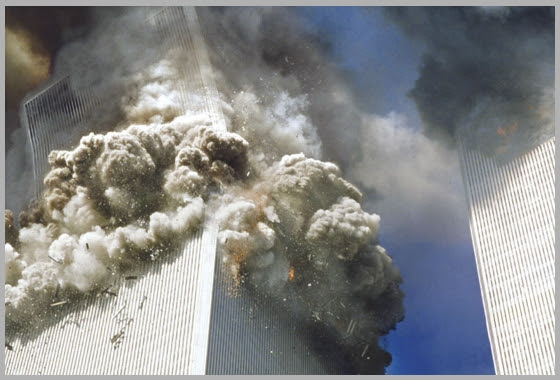 · Pray for the foiling of al-Qaeda's plans. Continue to pray for our intelligence departments to uncover and discover any plans of this violent group. Trust in the Lord and have confidence in His plans.

4. Feds want to require visitors' fingerprints when leaving US - AP

The Bush administration would require commercial airlines and cruise-line operators to collect information such as fingerprints from international travelers and send the information to the Homeland Security Department soon after the travelers leave the country, according to a proposed rule.

· Pray for wisdom over this proposal, for on the surface the measure sounds reasonable to protect our nation. However, if any part of the proposal impinges upon our liberties and freedoms, we might need to take another look.

Sen. Hillary Rodham Clinton leads rival Sen. Barack Obama by 12 percentage points, enough for her to declare a major victory if she wins the crucial Pennsylvania primary by that much today in the bellwether districts of Pittsburgh and its Allegheny County suburbs, a new poll completed last night shows.

· We shall soon know the actual outcome. Please pray for the Lord's wisdom and purposes to be fulfilled in the Pennsylvania primary. God knows whom He wants as the next president of the USA. Pray for the salvation of both Senators Clinton and Obama. 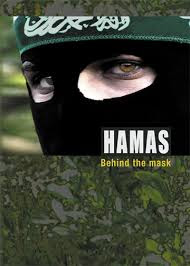 In Washington, deputy State Department spokesman Tom Casey brushed aside Hamas's offer, saying the group's past rhetoric contained "all this language about truces and other kinds of issues. But the bottom line is, Hamas still believes in the destruction of the state of Israel; they don't believe Israel has a right to exist," adding it was clear "that nothing has changed" in Hamas's attitude - including that the group still refuses to explicitly recognize Israel and denounce terrorism.

· Praise the Lord that America still stands as a strong supporter of Israel. Pray that we never abandon our Israeli friends, for our stand with Israel protects our country. Remember that in Islam, lying to the infidel is perfectly acceptable. The State Department is to be commended for its open and verbal stand.

· "Therefore, thus saith the Lord of hosts, Behold, I will punish them: the young men shall die by the sword; their sons and daughters shall die by famine." (Jeremiah 11: 22) 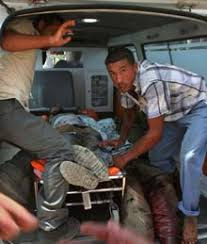 The IDF foiled a well-planned car bomb attack on the Kerem Shalom crossing, but the cost was high. Thirteen IDF soldiers were lightly or moderately wounded Saturday morning as Palestinians detonated car bombs, fired mortar shells and opened fire on the troops, in what the IDF considers an attempted abduction attempt.

Hamas accepts the establishment of a Palestinian state on within the 1967 borders but would not recognize the Jewish state, Hamas leader Khaled Mashaal said on Monday. 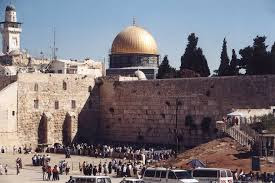 A grandiose museum featuring an elaborated massive replica of the Temple is currently being erected opposite the Western Wall.

Just hours after former President Jimmy Carter trumpeted Hamas' agreement to let Israel "live as a neighbor," the same terrorist leader he met with face-to-face vowed not to recognize the Jewish state.

In February, FRC helped to host Abstinence Day on the Hill, where students and teachers came to D.C. to educate members and their staff about the benefits of abstinence programs. Now, proponents of teen sex are mustering their forces--led by House Oversight and Government Reform Committee Chairman Henry Waxman (D-Calif.) -- to gut abstinence programs.

This Wednesday Waxman is holding a hearing in his committee that is clearly a sham. Waxman is inviting seven witnesses to testify against abstinence education, but only two in favor! Indeed, some of those testifying against abstinence education support "comprehensive sex-education" programs, which often teach young teens to engage in highly risky sexual behaviors and fail to provide information on condom failure.

Waxman's witnesses support children's sexual and reproductive health services without parental consent, the use of emergency contraceptives over-the-counter, and the radical view that abstinence violates human rights. His target is the Community Based Abstinence Program and the Title V abstinence state grant program. The hearing could also undermine other abstinence programs. FRC is working hard to protect abstinence education on all fronts. Please urge members of the committee to support abstinence education programs.

Adult stem-cell research would get a boost under legislation introduced by U.S. Sen. David Vitter, R-La. The Ethical Stem Cell Research Tax Credit Act provides a federal tax credit to stem-cell researchers if their work does not endanger or destroy human embryos. The proposed tax credit is equal to 30 percent of research expenses. "It's a great, positive way to advance this cause and educate people about ethical stem-cell research," Vitter said.

Dr. David Prentice, senior fellow for life sciences at the Family Research Council, said adult stem-cell research already has led to human treatments. "It's showing success," he said. "There are lots of clinical trials already out there . . . showing that adult stem cells actually do help patients get better."

CBNNews.com - Birmingham Mayor Larry Langford addresses the City Council to report on his recent Family Summit and his next step - a call for prayer and repentence. He says it's the latest in an effort to see the hearts and souls of Birmingham residents changed in order to bring peace to the city.

Langford believes city-wide repentence and prayer will bring the miracle the Magic City needs from God to see murder and others crime decline. Click on the player to watch more of what he said to city leaders.

The Mayor has strong words for residents including Christians and non-Christians alike regarding the root of Birmingham's problems.

America Being Enslaved By Islam

With oil prices shooting upwards toward $120 per barrel and the purchasing power of Americans declining just as rapidly, the United States may well be on its way toward coming into submission to Islam. King Abdullah of Saudi Arabia has said that his country has no need to increase oil production capacity. Iranian president Mahmoud Ahmadinejad says that non Muslim countries are not paying enough for oil. He said the price of oil as an essential commodity is not high enough and believes that oil should not be used as a political tool by opponents of countries that are "endowed" with oil.

Here you have the two most radical nations of Islam saying that oil prices are not high enough. Meanwhile, there are food shortages around the world, the cost of living is increasing at an alarming rate, and people are being squeezed financially because of longsuffering the continued increases in oil prices for artificial reasons. Whether Shiite or Sunni, Islam has a common enemy--Israel and all those who support Israel. And the goal of Islam is to foment the peace of Islam, which means that all the world comes into submission to Islam. Unless the rest of the world, especially the United States and Israel, quickly develop alternative energy sources, we will be in submission to Islam.

In a sense, the United States is already in submission to Islam. We cannot attend a sporting event without going through metal detectors. We cannot use mass transit without subjecting ourselves to personal searches. We are subjected to artificially high food, fuel, production and utility prices. All these are the result of Islam. Or are they? Islam is most certainly the tool, and had America and Israel dealt with Islam decisively and forcefully, perhaps Islam would have retreated, but Islam's persistence denotes that its will as a political system--not a religion--is stronger than the collective will of America's political system, which is a reflection of each American citizen.

From the days of Jamestown and Plymouth, America was bound in covenant with God Almighty. Throughout the Bible there are examples of how Israel, also in covenant with God, was allowed to be destroyed and hauled into captivity because its leaders allowed altars to other gods. Many of America's leaders believe that "allah" and "Jehovah" are one the same. God says in Leviticus 26:15-16, "And if you shall despise my statutes, of if your soul abhor my judgments, so that you will not do all my commandments, but that you break my covenant: I also will do this unto you; I will even appoint over you terror, consumption, and the burning fever, that shall consume the eyes, and cause sorrow of heart: and you shall sow your seed in vain, for your enemies shall eat it." Resist Islam at all cost.