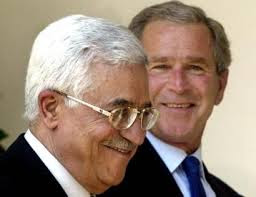 Palestinian President Mahmoud Abbas is meeting with U.S. President George Bush at the White House Thursday for talks on advancing the peace process with Israel. Mr. Bush wants Israel and the Palestinians to complete a peace deal before he leaves office in less than nine months.

· Lord we pray that Your Holy Spirit will be present in these talks, and that You will fervently protect Your nation Israel from division and loss.

· Thank You, Lord, for answering our prayer of yesterday, for exposing truth! We pray Your mercy over the many people of Zimbabwe, that their nation will not fall into violence and revenge.

· "Though I walk in the midst of trouble, You will revive me; You will stretch out Your hand against the wrath of my enemies, and Your right hand will save me." (Psalm138:7) 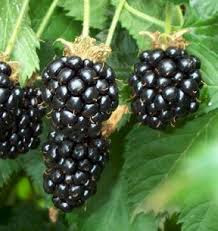 Whether he was up to no good or simply desperate to play BrickBreaker, a Mexican press attaché was caught on camera by Secret Service pocketing several White House BlackBerries during a recent meeting in New Orleans.

· Thank You, Lord for catching this man in the act. We pray against any plan or action that could cause harm to the American officials whose instruments were stolen, and ask Your protection over the nation from secret plots. 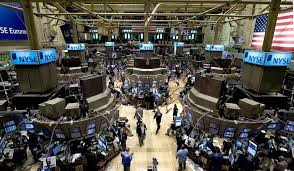 Oil prices slipped Thursday on the back of a strengthening American dollar and a U.S. government report showing a build in crude supplies. The dollar was higher in European trading, after taking back some ground against the euro Wednesday. A stronger dollar makes commodities such as oil less attractive as a hedge against inflation and makes oil more expensive to investors overseas.

· Thank You, Lord, for this tiny tidbit of good news! We ask that You increase the value of the dollar, and stabilize oil prices at a lower level. You know how hard it is hitting our economy and the homes of Your people, so we thank you for provision and help in times of trouble.

Sales of new homes plunged in March to the lowest level in 16½ years as housing slumped further at the start of the spring sales season. The median price of a new home in March compared to a year ago fell by the largest amount in nearly four decades.

· Father we ask for recovery of the housing market. Lord, property ownership has been the backbone of America's families and the leading place of tax revenue in our nation. We pray that as You remove the greed from the system, You will have mercy over the families.

· "Oh let the wickedness of the wicked come to an end, but establish the just." (Psalm 7:9a) 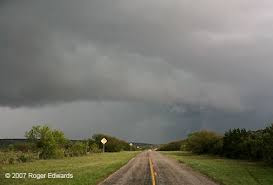 Several dozen homes in west and north Texas are hit by probable tornadoes, part of a storm that earlier pounded the state with hail and 70 mph winds.

· Thank You, Lord, for Your mercy over Texas, that none were killed in this outbreak of storms. We continue to plead for mercy over our nation's land and people. 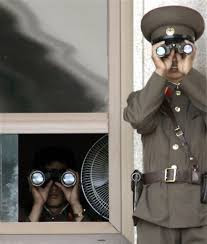 · Offer praise that hidden things are being revealed now regarding secret agreements between two enemies of Israel: North Korea and Syria. Offer praise, too, for the courage with which Israel has moved to protect its own citizens. Offer prayer for wisdom for our own members of Congress and the administration as they craft a policy to respond to this new information.

· "Again, I tell you that if two of you on earth agree about anything you ask for, it will be done for you by my Father in heaven." (Matthew 18:19)

1. Court applies Law of Return to Messianic Jews because of fathers - Jerusalem Post

Messianic Jews are entitled to Israeli citizenship according to the Law of Return if their father is Jewish, according to a precedent-setting ruling handed down last week by the High Court of Justice.

· We are repeating this report from last week, as this ruling is such GOOD NEWS for the Messianic community in Israel. Praise G-d!

Prime Minister Ehud Olmert undoubtedly heard about the Syrian report saying he had agreed to cede Israeli control of the Golan Heights in exchange for peace with Syria, while on vacation.

3. 'Espionage case could seriously damage relations with US' - Ynet News

The prosecution of a second US citizen charged with spying on Israel's behalf is "like a Tomahawk missile to relations between the two countries" a top government official told Ynet on Tuesday evening following the arrest of Ben-Ami Kadish.

What amounts to an undeclared national holiday for sodomites is being held on Friday, April 25 in America's public schools. It's called the National Day of Silence. Of course, all the immoral regulars-- Planned Parenthood, the National Education Association, The Gay, Lesbian, Straight Education Network and all the other homosexual activist groups-- are showing the strength of their numbers by hijacking the public schools for a day. They say that its to draw attention to the anti gay, lesbian, bisexual and transgendered name calling, bullying and harassment in the schools. Of course, they are doing nothing wrong--just exercising their right to free speech, or not.

While all the sodomites are being quiet I thought it would be good to actually exercise my right to free speech by reviewing what the Bible says about sodomy. In Leviticus 18:22, the Lord told Moses, "Thou shalt not lie with mankind, as with womankind: it is abomination." Leviticus 20:13 says, "If a man also lie with mankind, as he lies with a woman, both of them have committed an abomination: they shall surely be put to death; their blood shall be upon them." The sodomites point to the Old Testament and say that is what God said before the grace of Jesus Christ in the New Testament.

So let's review what the New Testament says about homosexuality. Romans 1:22-28 says, "Professing themselves to be wise, they became fools, And changed the glory of the uncorruptible God into an image made like to corruptible man, and to birds, and fourfooted beasts, and creeping things. Wherefore God also gave them up to uncleanness through the lusts of their own hearts, to dishonor their own bodies between themselves: Who changed the truth of God into a lie, and worshipped and served the creature more than the Creator, who is blessed for ever. Amen. For this cause God gave them up unto vile affections: for even their women did change the natural use into that which is against nature:

"And likewise also the men, leaving the natural use of the woman, burned in their lust one toward another; men with men working that which is unseemly, and receiving in themselves that recompense of their error which was due. And even as they did not like to retain God in their knowledge, God gave them over to a reprobate mind, to do those things which are not fit." Concerning marriage, Jesus said that God made them male and female that they would be joined together as one flesh and "What therefore God hath joined together, let not man put asunder." As Christians we are to help these people, not by enabling them, to see the error of their ways that they, too, might enter the kingdom of heaven.