Housing and Urban Development Secretary Alphonso Jackson, announced his resignation Monday, for "personal and family matters," as the nation deals with the housing crisis, Reuters reports.

· We thank You, Lord, for the faithful work of Alphonso Jackson as he completes the work for the President and the nation. We pray for wisdom for President Bush as he seeks to replace the new head of HUD. In the time left for President Bush, we pray many good things will be accomplished.

· · "And their brethren, the Levites, were appointed to every kind of service of the tabernacle of the house of God." (1 Chronicles 6:48)

Average gasoline prices have hit another all-time high, according to a survey conducted for motorist organization AAA.

· Heavenly Father, You are our provider and when things seem all awry, we know that You will watch over all our needs and provide. We pray that our nation will begin a serious search for alternative fuels that are economical and well as clean so that will not be dependent on imported oil. · "When you pass through the waters, I will be with you; and through the rivers, they shall not overflow you. When you walk through the fire, you shall not be burned, nor shall the flame scorch you." ( Isaiah 43:2) 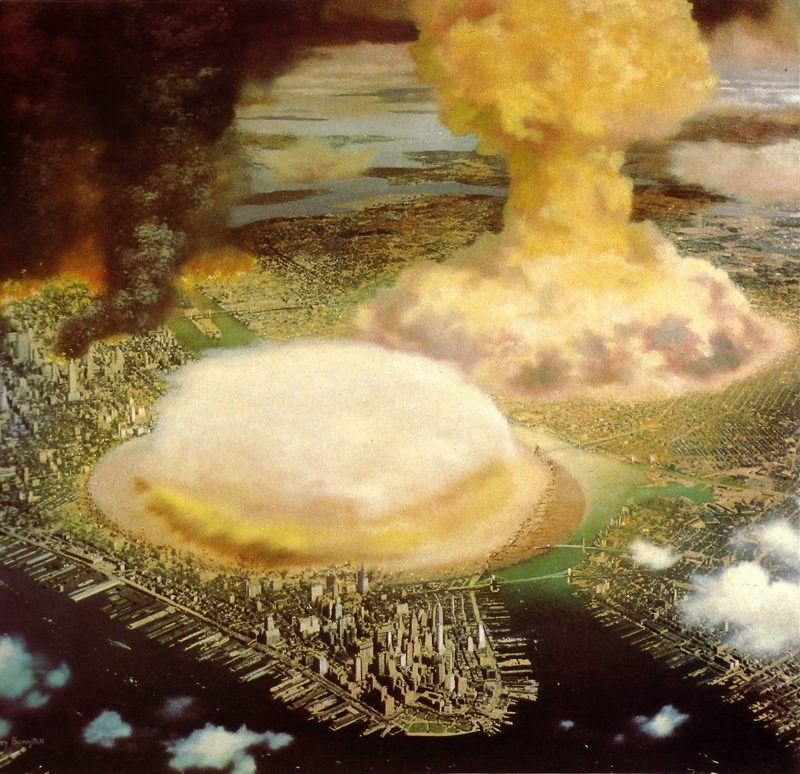 CIA chief Michael Hayden expressed his personal belief Sunday, that Iran is pursuing a nuclear weapons program, but also stood by the agency's assessment that the program was suspended in 2003.

· Lord, You know everything that goes on in the world and You are able to reveal the hidden things of this world. We pray that You will open the eyes of the national leaders to see what Iran is doing about nuclear weapons and that they will unite with one accord to work against this nuclear program of Iran.

· · You have delivered me from the strivings of the people; You have made me the head of the nations; a people I have not known shall serve me. As soon as they hear of me they obey me; the foreigners submit to me.The foreigners fade away, and come frightened from their hideouts. (Psalms 18:43, 44, 45)

The situation in the border region between Afghanistan and Pakistan where Al Qaeda has established a safe haven presents a "clear and present danger" to the West, the CIA director said yesterday.

Dear Lord, route out Al Qaeda from their establishments in the border region between Afghanistan and Pakistan. Let the people and tribal leaders who are hiding them have a change of heart and decide they will no longer shelter those terrorists just as the people of Iraq did. Let these tribal leaders join with others to defeat Al Qaeda.

· "For there is nothing hidden which will not be revealed, nor has anything been kept secret but that it should come to light." (Mark 4:22) "Keep me, O Lord, from the hands of the wicked; preserve me from violent men, Who have purposed to make my steps stumble." (Psalms 140:4) 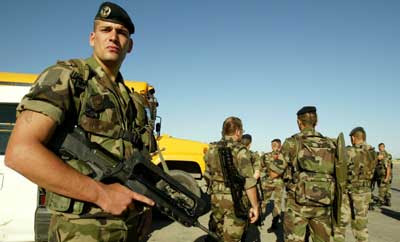 French commitments to send 1,000 additional soldiers to Afghanistan may be conditional on U.S. support for the European Union's defense plan that some say will shift power away from U.S. and British interests.

· Thank You, Lord, that the new leader of France has committed these additional troops to serve in Afghanistan. We pray that this rival command structure within NATO will not weaken the influence of Washington and London and give more power to Brussels, Paris, and Berlin. We pray that You will block anything that would be detrimental to the current balance of power in the structure of NATO. · "The nations have sunk down in the pit which they made; in the net which they hid, their own foot is caught. The Lord is known by the judgment He executes; the wicked is snared in the work of his own hands." (Psalms 9:15, 16)

· Heavenly Father, You have given us a command to go out and spread the gospel. We ask Your forgiveness for our laxness. Give us a burning desire to obey You and reach out to the lost so they can come to know Jesus also! Get us off our pews and into the streets with the message of Jesus! Let us be fruitful! Let Muslims be saved.

· "But the ones that fell on the good ground are those who, having heard the word with a noble and good heart, keep it and bear fruit with patience. "No one, when he has lit a lamp, covers it with a vessel or puts it under a bed, but sets it on a lampstand, that those who enter may see the light." (Luke 8:15, 16)

"Praise LORD [YHWH]. Praise the name of LORD; praise Him, O you servants of LORD. You that stand in the house of LORD, in the courts of the house of our God. Praise LORD, for LORD is good. Sing praises unto His name, for it is pleasant. For LORD has chosen Jacob unto Himself, and Israel for His peculiar treasure." (Psalm 135:1-4)

1. Barak to Northern Command: Hizbullah growing stronger, but so are we - Ynet News

Defense Minister Ehud Barak said during a tour of the IDF's Northern Command Tuesday that "Hizbullah is wary of firing at Israel at the moment because of the blows it sustained during the Second Lebanon War, but we also have many lessons to learn from that war, which we will hopefully implement in IDF training."

Palestinian Foreign Minister Riad Malki said Monday that Israel had removed two checkpoints in the West Bank town of Jericho as part of commitments made to US Secretary of State Condoleezza Rice.

A representative of the IDF's Intelligence Branch said during a Tuesday meeting of the Knesset's Foreign Affairs and Defense Committee that "Hizbullah is continuing to arm itself with Syrian and Iranian weapons," and that "security personnel remain on alert for a retaliatory attacks for the assassination of Hizbullah commander Imad Mugniyah."

Defense Minister Ehud Barak authorized on Sunday evening the plans for a national emergency drill, which is scheduled to take place in two weeks time.


Prayers for the Persecuted Church

SPECIAL PRAYER FOR THE ROCK CRUSHERS OF INDIA

When I was recently in India, we stopped at a colony of precious people who are rock crushers. They did not chose this vocation, they were born into this caste under the religious tyranny of Hinduism. Their fathers and mothers were rock crushers, and their children are destined apart from the grace of God, to also be rock crushers. They work 10 hours each day, 6 days a week, for $1 per day. They work in the summer in 120 degree heat and in the rainy season in pouring down rain.

As we walked to meet them we could hear the sounds of scores of hammers hitting the stones to break them. They wore no eye protection. As soon as we approached one married couple, we spoke to them of Jesus Christ and they immediately identified themselves as followers of our Lord. They shared their faith with us, and immediately other rock crushers came up for prayer. It was obvious that their faith was genuine. The wife shared that she had been praying since childhood for the Lord to deliver them from this hard labor.

These precious people are our family in Jesus Christ. How can we turn our backs upon their heavy burdens and their sufferings. To do so is to turn our backs on the Lord we profess. Please pray for these people. If you would like to help them, please designate your gift to "the Christian rock crushers."

· As we consider the economic hardships we are facing now in America, let us stop and consider those who have much less than we do.

Please join us in praying that the needs of these precious ones in India would be met; that they would find a way of escape from their harsh burden; and that the Good News of Jesus Christ would spread quickly among them. Amen.

· "Ah Lord GOD! Behold, You have made the heavens and the earth by Your great power and by Your outstretched arm! Nothing is too difficult for You,. . ."(Jer. 32:17 NAS)

Posted by Capitol Hill Prayer Partners at 12:58 AM