"The earth is the LORD's, and the fulness thereof; the world, and they that dwell therein." (Psalm 24:1) 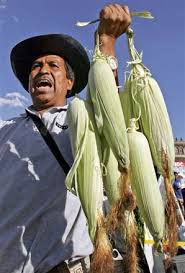 The U.S. is wrestling with the worst food inflation in 17 years, and analysts expect new data due on Wednesday to show it's getting worse. That's putting the squeeze on poor families and forcing bakeries, bagel shops and delis to explain price increases to their customers.

· Again, are food costs rising because of speculators? Ask the Lord what is behind this rapid rise of food prices. Is not food still plentiful in the USA? Pray for a decrease and stabilization of food prices as the growing and harvesting seasons come upon us.

· "A faithful man shall abound with blessings: but he that maketh haste to be rich shall not be innocent." (Proverbs 28:20)

Oil set new record highs above $113 a barrel on Tuesday as investors sought to hedge against a battered dollar.

· Surely the Lord can heal the US economy, bringing the dollar back to worth that allows us to work within the world. Pray against any more outrageous speculation of oil, one factor in driving up the price of the barrel. Pray also against the oil-producing nations' cat-and-mouse game with oil prices. This situation needs the oil of the Holy Spirit. 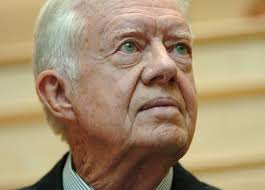 Former President Carter said he feels "quite at ease" about meeting Hamas militants over the objections of Washington because the Palestinian group is essential to a future peace with Israel.

· Pray that Jimmy Carter is not just another dupe in the hands of Hamas, someone to be lied to and manipulated. One wonders who appointed Mr. Carter to be a negotiator. Pray for his success; if not, pray that he comes home having created no harm. 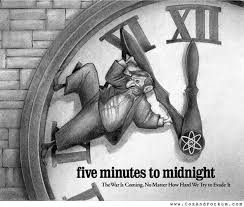 Contrary to some claims that the Bush administration will allow diplomacy to handle Iran's nuclear weapons program, a leading member of America's Jewish community tells Newsmax that a military strike is not only on the table -- but likely.

· Pray for the Lord's will to be done in this matter. With the leadership of Iran threatening Israel at every step, a military move seems possible. No one wants to be embroiled in another war front. How long do we allow Iran to spout nasty words at the USA and Israel? Pray! Pray! Pray!

· " Let God arise and His enemies be scattered: let them that hate HIm flee before Him." (Psalm 68:1) 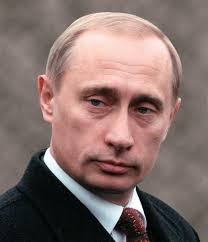 President Vladimir Putin accepted the leadership of the dominant United Russia party Tuesday, securing his grip on power after he leaves the Kremlin and becomes prime minister next month.

· Pray for a miraculous salvation of Mr. Putin, so that the chains of communism do not again oppress the citizens of Russia. Pray that Christian freedom be established within Russia's borders. Pray that Russia's new president will not be a puppet for the rule of Vladimir Putin.

· "Break Thou the arm of the wicked and the evil man: seek out his wickedness till Thou find none." (Psalm 11:15) 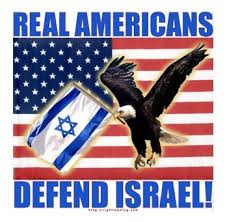 A new survey conducted by a Washington DC-based evangelical organization among American Christians has found that 82% of them believe they have a moral obligation to support the Jews and Israel. The poll, conducted among Catholics and Protestants alike, tested their stance on Jerusalem's future and ways to deal with the Iranian nuclear threat.

· No wonder the Islamic world hates Americans! Praise the Lord for American support of Israel, probably because these Americans read the Bible. Pray that this percentage increases and that Secretary Rice, President Bush, and other American leaders see this poll and stop putting pressure on Israel to give up land for "peace." 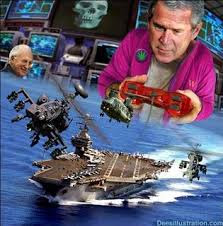 Israel and the United States signed an agreement several days ago to step up cooperation in the field of nuclear safety. 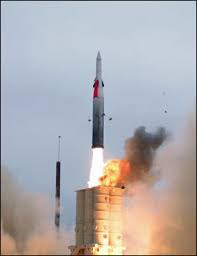 The Arrow project is advancing. The defense establishment conducted Tuesday morning a successful test fire of the Blue Sparrow surrogate ballistic target simulating the threat of Iranian missiles on Israel. The missile is designed to be used as target for the Arrow system experiments in intercepting ballistic missiles. 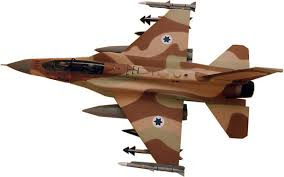 Qatar's al-Watan newspaper reported Monday that political and media sources in Damascus expressed concerns that war may breakout between Israel and Syria before long.

Israel is concerned that Iran might start moving weapons to Hezbollah by means of ships that anchor in the Beirut port, government sources in Jerusalem said.

Palestinian President Mahmoud Abbas will discuss plans for a Middle East peace conference to be held in Moscow when he visits the Russian capital later this week, the Palestinian embassy said on Monday. 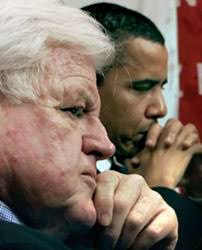 Democratic Presidential candidate B. Hussein Obama's remarks about Americans being bitter and clinging to their beliefs regarding religion, guns, anti- free trade and anti-immigration have been characterized as "out of touch", "condescending", "patronizing," and "elitist." While all these may well be true, Obama's remarks encapsulate his political philosophy which are against the Constitution of the United States and are steeped in Marxism and communism. Obama said of small town Pennsylvania voters: "Its not surprising then that they get bitter, they cling to guns or religion or antipathy to people who aren't like them or anti- immigrant sentiment or anti-trade sentiment as a way to explain their frustrations."

Let's break this down. Obama is saying that when economic times are rough, middle class Americans get bitter and cling to guns or religion. The First Amendment to the Constitution guarantees religious freedom. The Second Amendment guarantees the right to bear arms. Further, he says these bitter middle class Americans have "antipathy" against people who are not like them. One definition of antipathy is "an instinctive contrariety". American's just might have an instinctive contrariety to the government not protecting the borders of the United States. And they may just have an anti-trade sentiment because the government is not protecting America's job base. These are Constitutional national security issues.

In Obama's book "Dreams from my Father", Obama writes of his mentor "Frank." Frank has been identified as Frank Marshall Davis, an active member of the communist party in Hawaii who helped shape the young Obama's political views. Accuracy in Media (AIM) reports that Obama, himself, likens the intimate influence of Frank Marshall Davis on his life as that of a father. AIM writes that Frank Chapman, a Communist Party USA supporter, wrote of Obama to the party newspaper after Obama's Iowa caucus victory: "Obama's victory was more than a progressive move; it was a dialectical leap ushering in a qualitatively new era of struggle.'

The Communist Chapman continued about Obama, "Marx once compared revolutionary struggle with the work of the mole, who sometimes burrows so far beneath the ground that he leaves no trace of his movement on the surface. This (Obama) is the old revolutionary 'mole,' not only showing his traces on the surface but also breaking through." Communism and Islamism are the antithesis of Judaism and Christianity. The Apostle Paul warned of such in the latter days in 2 Timothy 3:13, "But evil men and seducers shall wax worse and worse, deceiving and being deceived." Can one man or one woman destroy the covenant of a nation with God? Deceived Americans rush to discover. 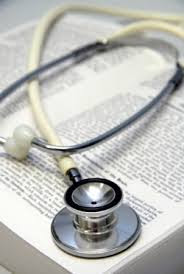 As you're all painfully aware, today is Tax Day--that time of year when Americans are reminded that while we might be constrained to work within a household budget, the U.S. Congress is already thinking of creative ways to spend our money or extract more of it. The latest example comes from House Ways and Means Chairman Charles Rangel (D-N.Y.) whose bill, the "Taxpayer Assistance and Simplification Act" (H.R. 5719), is scheduled for a vote this week. Ironically, the only assistance his legislation offers is to put a greater tax burden on the seven million Americans who have Health Savings Accounts (HSAs). Under HSAs, participants can set aside their own money and invest it. If they use that money for medical purposes, members aren't required to pay taxes on their account. Rangel's H.R. 5719 would force HSA members to wade through piles of paperwork, which, if filled out incorrectly, would result in a hefty fine.

Chairman Rangel (who has never met a tax hike he didn't like) sees this bill as an opportunity to create more unnecessary government bureaucracy in pursuit of more tax dollars. Unfortunately, this is just the beginning of tax hikes to come as Rangel and the Democratic majority plan on letting the Bush tax cuts expire. Without permanent tax relief, the average family will

The Dark Side of Green

Environmentally friendly fuels may make drivers in the U.S. feel greener, but a report out of the United Nations reveals one dark side to going green. According to the U.N.'s Food and Agriculture Organization (FAO), the demand for biofuel-- particularly ethanol--is creating a crop shortage that's resulting in a deadly famine for many of the world's less fortunate. The U.N. estimates that the amount of corn it takes to fill a 50-liter car tank with ethanol is enough to feed a child for an entire year. America is already devoting 18 percent of its grain to ethanol production, and other countries are following our lead. Food prices are up, and the number of Third-World families that can afford to eat is down. In effect, this paranoia over global warming is leading to global hunger, a crisis far more destructive--and credible-- than climate change. Despite what Al Gore says, this prescription for "solving" a climate problem (which scientists have yet to confirm) is not only expensive but also deadly. (Family Research Council)

A series of recently released spy photos have uncovered the secret location where Iran has allegedly been developing long-range ballistic missiles capable of striking Europe, The Times reported on Friday. The satellite pictures pinpoint the facility where Iran launched its Kavoshgar 1 'research' rocket in February, according to the report. Iran has claimed that rocket was tested as part of its space program.

Analysis of the Digital Globe QuickBird satellite taken just days after the launch show details indicating that the site of the research rocket is the same location where Iran is preparing a ballistic missile with a range of 6,000 kilometers, the report said. The site is located about 230 kilometers southeast of Tehran. The connection between the research rocket and Iran's long-range program was exposed by Jane's Intelligence Review following an analysis of the photos by a former Iraqi weapons inspector, said The Times.

Analysis of the photos suggest that Iran is pursuing a space program similar to that being developed in North Korea, with a focus on long-range missile technology, according to the report. (Ha'aretz)

· Father, we thank You for the modern technology that enables us to see those things that are hidden, and intended to be used for evil.

Posted by Capitol Hill Prayer Partners at 1:16 AM