"The earth is the LORD's, and the fulness thereof; the world, and they that dwell therein." (Psalm 24:1)

Pope Benedict XVI told diplomats at the United Nations on Friday that respect for human rights was the key to solving many of the world's problems, while cautioning that international cooperation was threatened by "the decisions of a small number."

· Even as Pope Benedict XVI addressed the United Nations today, God's kingdom is ever increasing. Praise Him that the kingdoms of the world belong to Him!

· "And of the increase of His government there will be no end." (Isaiah 9:7) "The kingdom of the world has become the kingdom of our Lord and of his Christ, and he will reign for ever and ever." (Rev. 11:15) 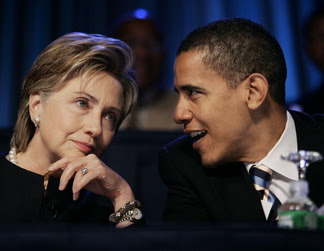 Hillary Clinton and Barack Obama embarked Thursday on a five-day march toward the pivotal Pennsylvania primary, as the endgame opens in the Democratic White House tussle.

· The primary election next Tuesday in the State of Pennsylvania seems to be one that may determine who will be the Democratic candidate for President of the United States. As the Democrats go to the polls in that election, pray for the voters, asking God to lift the veil of confusion off of each one, releasing the spirit of TRUTH.

· "If any of you lacks wisdom, he should ask God, who gives generously to all without finding fault, and it will be given to him." (James 1:5) 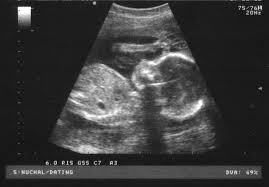 Pro-life groups are praising the Oklahoma House of Representatives and Senate for overriding the governor's veto of a bill that strengthens an Oklahoma law that requires that pregnant women be told where they can obtain a free ultrasound and fetal heart tone services before an abortion.

· Praise God for this strong vote in the State of Oklahoma, supporting LIFE! 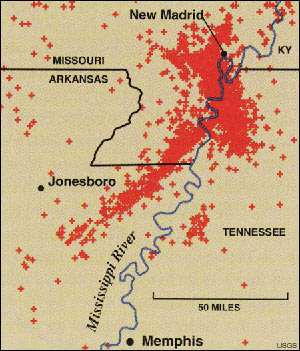 Residents across the Midwest were awakened Thursday by a 5.2 magnitude earthquake that rattled skyscrapers in Chicago's Loop and homes in Cincinnati but appeared to cause no major injuries or damage.

· As God continues to "shake . . . every thing that can be shaken," pray that these surprises be used as "wake up calls" of each one's need to know our Savior. Pray for a harvest of souls in these latter days. · "And His voice shook the earth then, but now He has promised, saying, 'YET ONCE MORE I WILL SHAKE NOT ONLY THE EARTH, BUT ALSO THE HEAVEN.' This expression, "Yet once more," denotes the removing of those things which can be shaken, as of created things, so that those things which cannot be shaken may remain." (Heb. 12:26,27)

Merrill Lynch & Co., the world's largest brokerage, on Thursday said it would cut 4,000 jobs after more than $6 billion fresh write- downs pushed it to a loss for the first quarter.

· Lord, as the headlines today have shown that JP Morgan -Chase, Continental Airlines, Southwest Airlines also posted 1st quarter losses, we again stand in the gap for our nation's future and once again ask for mercy. Father, Your work across the world can only continue with Your provision and power in these difficult times, so may Your grace and mercy cover Your servants worldwide.

· "But the very hairs of your head are all numbered. Do not fear therefore, you are of more value than many sparrows." (Luke 12:7)

President George W. Bush and Prime Minister Gordon Brown of Britain expressed mounting impatience Thursday with Iran for proceeding with its nuclear enrichment work in defiance of the international community.

· Thank the Lord for the continued support of our good friends in the British Isles as together we face the fact of the growing nuclear threat in Iran. May these heads of state continue to work together to develop strategy to confront that threat with the wisdom of Almighty God. 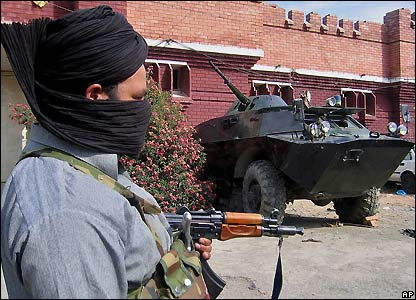 Israel told the Palestinian Authority on Friday that it agrees to the reopening of 20 police stations under Palestinian control across the West Bank, as part of a security drive aimed at bolstering peace negotiations, officials said.

Opposition leader Binyamin Netanyahu has said if he is elected prime minister, he won't carry out any peace deal with the Palestinians reached by current Prime Minister Ehud Olmert, a newspaper reported Thursday. 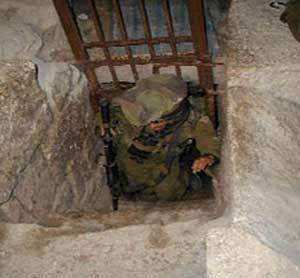 Iran has stepped up its efforts to smuggle weapons into the Gaza Strip by using floatable devices that it drops near the waters off the Gaza coast to be picked up by Palestinian fisherman, senior defense officials have told The Jerusalem Post.

4. Olmert: Iran will not be nuclear - Ha'aretz

"I want to tell the citizens of Israel: Iran will not have nuclear capability," said Prime Minister Ehud Olmert in a pre-Passover interview. According to Olmert, the international community is making an enormous effort, in which Israel has a part, to prevent Iran from attaining nonconventional weapons capabilities. "And I believe, and also know, that the bottom line of these efforts is that Iran will not be nuclear," Olmert said. 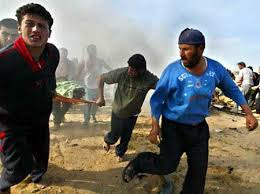 Israeli security officials estimate that Hamas' Gaza regime has reached a dead-end and is facing an unprecedented crisis not seen since it took over the Strip. Hamas has no real answers to the distress of the Palestinian public and the last resort is a flare-up on the borders.

6. Iraqi Author 'Aref' Alwan: The Jews Have an Historic Right to Palestine - Memri

To boost his claim that the Jews have an historic right to Palestine, 'Alwan provides an overview of Jewish history in the land of Israel. He questions the validity of the Islamic traditions underpinning the Arab claim to Palestine, Jerusalem, and the Temple Mount, and presents evidence that religions that preceded Islam had conducted rituals on the Temple Mount. Read more.(Article Reported by: Unity Coaltion for Israel)

Chinese security forces detained dozens of House Church Christians in Xinjiang Autonomous Region, forcing them to show allegiance to the government as part of crackdown similar to a campaign against Buddhist monks in nearby Tibet, rights watchers said Thursday, April 17.

A charismatic Christian in Uzbekistan remained missing Saturday, April 12, more than a week after he was reportedly detained as part of a government crackdown on Protestant believers and other religious communities in this Islamic nation.

Members of a United Methodist congregation in Russia were without a church Sunday, April 13, after authorities closed it for running a Sunday School without government permission, the latest in a series of police raids targeting Christian education, Christians said.

An Algerian Christian was handed a two-year suspended sentence for "proselytism" yesterday amid an ongoing government crackdown on 26 of Algeria's 50 Protestant congregations, a church leader said.

As we join our hearts with our Jewish friends and neighbors this weekend, we stand in agreement with the Passover prayers offered this morning by Intercessors for Israel:

" During the Passover seder [this year tomorrow evening], Jewish people use the Hallel Psalms [113- 118] to praise the Lord. We used Psalm 118 to order our prayers this morning."

- Abba, we bless You that Your mercy - Your chesed, that is, Your stubborn love based on Your commitment to Your covenants - endures forever to Israel and to us.

- O God, how grateful we are that Your faithfulness is new every morning.

- We thank You that in this psalm, not only Israel - but the gentiles that come under the wings of the God of Israel - "them now that fear LORD" - are told to praise You.