"The earth is the LORD's, and the fulness thereof; the world, and they that dwell therein." (Psalm 24:1) chpp@patriot.net 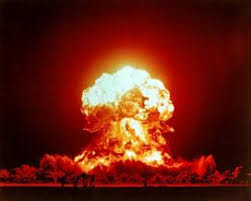 A nuclear device detonated near the White House would kill roughly 100,000 people and flatten downtown federal buildings, while the radioactive plume from the explosion would likely spread toward the Capitol and into Southeast D.C., contaminating thousands more.

· We pray to You, Lord, as our Protector. We ask that the media and those who devise these nuclear attack scenarios to stop mainstream publication of their findings so that those who seek to harm America will not be armed with more strategies on how to destroy us. May Israel, America and Israel's allies be saved unto You, and from more devastation for Your Glory. In Your Son's Holy Name we ask these things. Amen.

· May we as intercessors, claim these protective words for our nation's Capitol that You spoke to Your servant, Paul: "Now the Lord spoke to Paul in the night by a vision, 'Do not be afraid, but speak, and do not keep silent; for I am with you, and no one will attack you to hurt you; for I have many people in this city.'" (Acts 18: 9-10 NKJV)

The pope addressed the tens of thousands gathered at Washington Nationals stadium, characterizing America as a "country of hope" and calling on the virtue of forgiveness to help heal the pain caused by the sex abuse scandals involving American clergy.

· Lord as the Pope attempts to bring healing to Catholics, we pray that the wind of Your Spirit will bring forgiveness and healing to all of America. Across all denominations, all groups, both religious and secular, we humbly ask that You will forgive and heal our sins, and show Yourself as the God of mercy and forgiveness. May there be a harvest of souls for your Kingdom!

· "Have mercy upon me, O God, according to Your lovingkindness; according to the multitude of Your tender mercies, blot out my transgressions." (Psalm 51:1)

The five-time Republican said in a statement released by his office Tuesday that he was diagnosed with an early recurrence of Hodgkin's disease, which is a cancer of the lymph system.

· Father we pray for Senator Specter's complete healing. May he find his comfort and trust in You alone at this time. 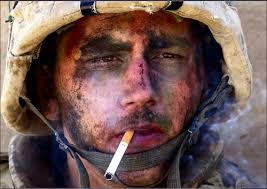 Some 300,000 U.S. troops are suffering from major depression or post traumatic stress from serving in the wars in Iraq and Afghanistan, and 320,000 received brain injuries, a new study estimates. 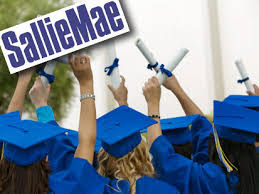 Sallie Mae, the largest U.S. student loan company, on Thursday affirmed its 2008 profit forecast, but warned of a "train wreck" in the $85 billion education financing market without urgent government intervention.

· Lord the education of our youth is the future of our nation. We repent for allowing their education to be without wisdom or the knowledge of You. We ask that in Your mercy, You will allow our children the ability to obtain higher degrees while changing the educational system toward balanced and truthful learning that acknowledges You.

· "For the Lord gives wisdom; from His mouth comes knowledge and understanding." (Proverbs 2:6)

The collapse of Australia's rice production is one of several factors contributing to a doubling of rice prices in the last three months -- increases that have led the world's largest exporters to restrict exports severely, spurred panicked hoarding in Hong Kong and the Philippines, and set off violent protests in countries including Cameroon, Egypt, Ethiopia, Haiti, Indonesia, Italy, Ivory Coast, Mauritania, the Philippines, Thailand, Uzbekistan and Yemen.

· If ever there were a time in the history of man to trust in the LORD for our provision, it is now. Ask Him for the impossible, for His Word is true and does not lie; ask Him to help feed the nations. More importantly, as we ask for a harvest of rice, let us ask for a harvest of SOULS in the nations named in this report. May the peoples of these lands find new life in our Savior, and may they learn to trust in Him in these perilous times.

· 'The Lord is gracious and full of compassion; He has given food to those who fear Him; He will ever be mindful of His covenant." (Psalm 11:4,5) 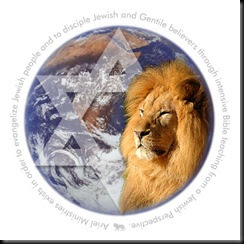 The Supreme Court of Israel ruled Wednesday that being a Messianic Jew cannot prevent Israeli citizenship if the Jewish descent is from the person's father's side. 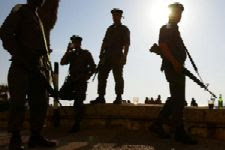 Police have raised their alert level throughout the country on Wednesday ahead of the Passover holiday and a series of events related to Israel's 60th anniversary celebrations. Police forces are also preparing for the arrival of 20 heads of state to Israel, including US president George W. Bush, for a conference hosted by President Shimon Peres. The defense establishment cites nine specific alerts based on intelligence information warning of viable terror plots. This in addition to dozens of general warnings. Read more.

· As prayer warriors who love Israel and who pray for the peace of Jerusalem, let us, too, go on "high alert" throughout this Passover weekend, praying for the safety of EVERYONE in Israel during her time of celebration. Pray!

· "The Lord shall send the rod of Your strength out of Zion. Rule in the midst of Your enemies!" (Psalm 110:2) 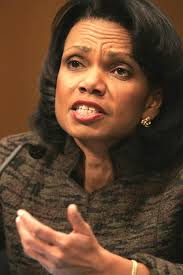 For at least the fourth time in recent months, Secretary of State Condoleezza Rice referred to the Hamas terrorist organization as a "resistance" movement during unscripted remarks with reporters, WND has learned.

4. Hamas all out for Obama -- Israel Insider

On the eve of a planned meeting of its leader Khaled Meshaal with former President Jimmy Carter, the Hamas terrorist organization has expressed the "hope" that Senator Barack Hussein Obama will win the presidential elections and change America's foreign policy.

In breaking with US policy, Carter placed a wreath Tuesday on the grave of Yasser Arafat. The Bush administration has snubbed Arafat, blaming him for the breakdown of peace talks seven years ago and the violence that followed.

At the siege of Vienna in 1683 Islam seemed poised to overrun Christian Europe. We are in a new phase of a very old war.

An Ohio middle school teacher says he won't obey an order to remove a Bible from view of students. John Freshwater said Wednesday he agreed to remove a collage from his classroom that included the Ten Commandments, but that asking him to remove the Bible on his desk goes too far.

Displaying a portrait of Jesus in the foyer of a Louisiana courthouse is unconstitutional, a federal judge ruled this week, siding with civil libertarians who sued over the display.

· Father, the enemy is attempting to remove You from every portion of our lives - not just school but art, worship, and speech. Lord You are the God of covenant and promise, the God Who keeps His Word. We ask now that you stop the mouths of the enemy and destroy his wicked plans against Your people.

· "The God of heaven Himself will prosper us; therefore we His servants will arise and build . . ." (Nehemiah 2:20b)

TWO WEEKS FROM TODAY: Prayer Warriors Take to the Skies for National Day of Prayer

Millions of Americans will gather at tens of thousands of prayer events on May 1, the 57th annual National Day of Prayer. They will gather at churches, parks and on courthouse steps to pray for our nation, leaders, media, military, schools, churches, businesses and families.

Some will even gather on airplanes.

In the first event of its kind, planes with prayer warriors aboard are scheduled to fly over all 50 state capitols. They will take off at noon local time.

Kenny Wortman is a founding member of PrayerFlight, an Ohio group that organizes prayer-based flights. Ahead of the National Day of Prayer, the group contacted airports near each state's capitol.

"All we ask for is a plane and a pilot and some prayer warriors," Wortman said. "Most of the people are just so excited, they don't know what to do." So far, he has volunteers in 42 states.

The National Day of Prayer was created in 1952 by a joint resolution of Congress, and signed into law by President Harry S. Truman.

The theme for this year is Prayer! America's Strength and Shield and is based on Psalm 28:7: >"The Lord is my strength and shield; my heart trusts in Him and I am helped."

Mrs. Dobson is chairman of the National Day of Prayer Task Force. Dr. Zacharias is this year's honorary chairman.

"We're living in very serious and uncertain times," Mrs. Dobson told CitizenLink recently. "Without God, we will never be able to navigate the turbulent waters that we're going through. As long as God is on His throne, there is always hope."

In Washington, D.C., the national observance runs from noon to 3 p.m. ET on Thursday, May 1, and will be broadcast live on GOD TV (Ch. 365 on Direct TV), and over the Internet.

Visit the National Day of Prayer Web site. Click on "Events" to find out what's planned for your area. To watch the webcast from Washington, visit the Web site on May 1.

The task force also has launched the Pray for Election Day! Campaign to remind people of faith to pray for those in leadership.

Ha'aretz reports: "Tehran on Wednesday blasted as 'scandalous' and 'insulting' a threat made by National Infrastructure Minister Benyamin Ben-Eliezer this week of a devastating response to an Iranian attack on Israel.

Iran's ambassador to the United Nations stated that Ben-Eliezer's statement was part of 'the continuing warnings made by Israeli representatives that constitute insulting and scandalous threats against the Republic of Iran.'

Muhammad Kazai, the Iranian envoy, made the comments in a letter that was sent Thursday to the UN Security Council.

Ben-Eliezer said Monday that, 'an Iranian attack on Israel will lead to a harsh response by Israel that will cause the destruction of the Iranian nation.'

The national infrastructure minister was speaking during a visit to the Infrastructure Ministry war room, which was being prepared as part of the civil defense drill this week.

'The Iranians won't rush to attack Israel, because they understand the significance such action would have and are well aware of our strength,' added Ben- Eliezer."

· Father, the unrest continues in Israel; the ongoing tension between Israel & Iran causes the people to be filled with terror. We pray, LORD God, for the people to look up, for their redemption is drawing near!

Recommended links are now posted on our CHPP Blog. Click here to visit our blog for more information.

We particularly wish to cite Intercessors for America as the source to find all other ongoing prayer initiatives at this time.

For news at the state level (including court decisions re: gay rights), please see the links for the Family Research Council and for Citizen Link (Focus on the Family.) Thank you!!

Posted by Capitol Hill Prayer Partners at 12:24 AM