"All the kings of the earth will give thanks to You, O Lord, when they have heard the words of Your mouth." (Psalm 138:4 NKJV)

· This news IS breaking out of Boston as we write tonight's Brief. Please join us in praying for the lives of those who were hurt; and for strength, wisdom, and skill for the rescue workers who are now extricating the passengers caught in this wreck.

The Democratic National Committee's Rules and Bylaws Committee meets Saturday in Washington to consider what to do with Florida and Michigan, which broke ranks to hold primaries earlier than party rules allowed. The Democratic Party is likely to meet rule- breaking Florida and Michigan halfway when it comes to seating their delegates at the national convention, two members of the rules committee said Wednesday. Such a move may help Sen. Hillary Clinton close the delegate gap with front-runner Sen. Barack Obama but not overtake him, said sources familiar with party deliberations.

· This meeting of the Democratic National Committee over the weekend needs to be covered in prayer, for its results could have a significant impact on the results of the Democratic campaign for the presidency. Please make this conference a matter of prayer.

In the face of surging prices, consumers are cutting back on the number of miles they clock on the road. Americans drove 11 billion miles less in March this year than the same month a year ago, the Department of Transportation said Monday.

· Gracious Father, You knew before cars were invented that this fuel crisis would surface and that Americans would need Your intervention to manage their monthly fuel costs. Please be glorified in this shortage that will most likely determine the future shapes and sizes of American and foreign automobiles. May we trust in You for this and all things. In Your Son's Name we pray. Amen.

· "Eye has not seen, nor ear heard, nor have entered into the heart of man the things which God has prepared for those who love Him." (1 Corinthians 2: 9 NKJV) 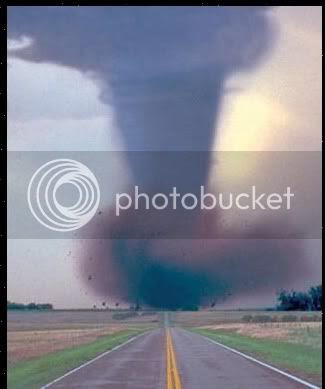 Saturday night's Parkersburg and New Hartford, Iowa tornado victims are among at least 110 people killed in the United States by tornadoes this year, putting 2008 on track to be one of the deadliest years in recent history. The average for recent years is 62 tornado fatalities for an entire year.

This year's death toll is already the highest since 1998, with seven months left in the year. "It does look like it's going to be a pretty remarkable year," said Greg Carbin, a meteorologist with the Storm Prediction Center of the National Weather Service. The figures for tornado deaths have skyrocketed over the past four years. In 2005, there were 38; in 2006, 67; and last year, 81.

· Dear Lord, You caused the winds and waves to cease to calm your disciples on the Sea of Galilee We ask You today to decrease tornadic activity and resultant deaths in America. We know that You exact a price for man's meddling in Israel's affairs and ask for your forgiveness for our nation's involvement in the dividing of this land. May Your fury abate to us and to those to those who disregard Your love for Israel. Show Your power in all things for Your salvation's sake. In Jesus' Name we pray. Amen.

· "And they came to Him and awoke Him, saying, 'Master, Master, we are perishing!' Then He arose and rebuked the wind and the raging of the water. And they ceased, and there was a calm. But He said to them, 'Where is your faith?' And they were afraid, and marveled, saying to one another, 'Who can this be? For He commands even the winds and water, and they obey Him!'" (Luke 8: 24-25 NKJV)

U.S. home prices dropped at the sharpest rate in two decades during the first quarter, a closely watched index showed Tuesday, a somber indication that the housing slump continues to deepen. Last week, the Office of Federal Housing Enterprise Oversight said home prices fell 3.1 percent in the first quarter, the largest drop in its 17-year history and only the second quarter of price declines recorded.

· You have told us to not worry about what we shall eat or wear, so we know that You mean that also for where we will live. Even Your Son Jesus did not own a home while on earth. So may You increase our faith that You will provide for our housing needs even in the face of adversity. For Your glory we pray this. Amen.

Today marks the fifth-year anniversary of President Bush's 2001 and 2003 Tax Reliefs that have fueled economic growth and reduced the marginal rate for every income tax bracket. By the end of last year, Americans would have paid an additional $1.3 trillion in taxes had it not been for this tax relief. If it is allowed to expire at the end of 2010, Americans will pay about $280 billion more in taxes each year. The Democratic Congress has said it will sunset these tax reliefs.

· Dear Lord, please grant America continued economic relief through the extension of President Bush's 2001 and 2003 Tax Relief measures. We pray for legislators to be elected this fall, who will have a heart for the people of America and will want to see tax relief given to them, no matter who authored the legislation. May You receive the credit for America's economic turnaround. In Your Name we pray. Amen.

Same-sex couples in some California counties will be able to marry as soon as June 14, according to Stephen Weir, who heads the California Association of Clerks and Election Officials. He and his partner of 18 years hope to be the first ones to tie the knot. "They are shooting for the 14th," said Weir, adding that the state planned to give California's 58 counties advice this week for implementing the historic change so local officials can start planning. Massachusetts is the only other state to legalize gay marriage, something it did in 2004. More than 9,500 same-sex couples in that state have already "wed."

An effort, however, is under way to stay the Supreme Court's decision until voters can decide the issue with an initiative planned for the November ballot. The measure would overrule the justices' decision and amend the state constitution to ban gay marriage. Justices have until the ruling's effective date to weigh the request, but could give themselves longer to consider it, attorneys have said. Another complicating factor is that the Supreme Court also directed a midlevel appeals court that upheld the state's one man-one woman marriage laws a year ago to issue a new order legalizing same-sex marriage, and it's not clear when the appeals court would comply.

· Dearest Lord, there is nothing "gay" or positive about this decision for California to join Massachusetts in desecrating Your Holy Institution of Marriage. Please have mercy on those who have been misled by satan in their pursuit of false happiness with same-sex partners. We humbly ask that Californian voters will have the opportunity to correct this judicial injustice and re-establish that marriage in California is between one man and one woman. For Your glory we pray this in Jesus' Name. Amen.

· "For I the Lord, love justice; I hate robbery for burnt offering; I will direct their work in truth, and will make with them an everlasting covenant." (Isaiah 61: 8 NKJV)

The Belarusian president says he has named Russia's Prime Minister Vladimir Putin the prime minister of the Russia-Belarus alliance. Russia and Belarus signed an agreement in 1996 that envisaged close political, economic and military ties, but efforts to achieve a full merger have foundered. Structures of the alliance have limited powers.

The meaning of the move Tuesday by Belarusian President Alexander Lukashenko was not immediately clear. Some observers expected Vladimir Putin to become president of a unified state of Russia and Belarus after he stepped down earlier this month as Russian president.

· President Nixon said: "Absolute power corrupts absolutely." Dearest Lord we ask that You will quell Mr. Putin's desire to rule over both Russia and Belarus so that he might be satisfied with what You have presently given him authority over. We also pray that one day soon he will be satisfied with only You. For Your glory, we pray, as You triumph in this man's life and in the nation's lives that You have entrusted to him. Amen.

· "But seek first the kingdom of God and His righteousness, and all these things shall be added to you." (Matthew 6: 33 NKJV)

Our email list server, Constant Contact (which publishes our prayer requests to all of you) seems to be "down" just now, and we are struggling to even post this news to you at this time. Constant Contact indicates that they will be offline beginning at 11:00 p.m. tonight, for two hours, "for maintenance." Let's all pray that they are successful!

Constant Contact serves not only Capitol Hill Prayer Partners, but several other very fine ministries, too. Thank you all, amen!

[Please note: Due to our current difficulties, we will not publish any other articles this evening. Shalom!]

Posted by Capitol Hill Prayer Partners at 2:51 AM