"You have given a banner to those who fear You, That it may be displayed because of the truth. " (Psalm 60:4,5 NKJV)

The spot price of Nymex West Texas Intermediate hit a record $130.30 a barrel on Wednesday. On Tuesday, investors had rushed to buy oil futures contracts as far forward as December 2016, pushing their prices as high as $139.50 a barrel, up more than $9.50 on the day.

· Dear Father, for Your glory, we come before You in faith and ask that You will help America deal successfully with its fuel demands and shortages. We ask that as Your children, we will truly claim Your Word in Luke that tells us "Do Not Worry." May we apply it to our concerns about rising oil prices and everything in our lives. 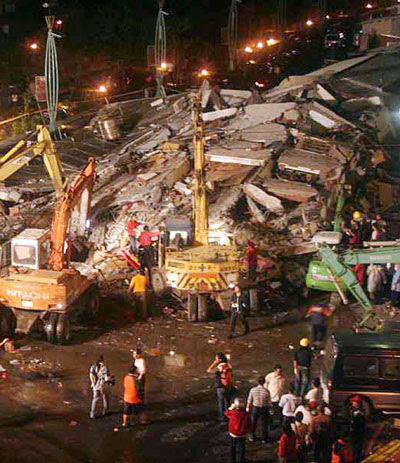 China is grappling with the next massive task in the aftermath of its earthquake -- how to shelter the 5 million people left homeless. The May 12 earthquake's confirmed death toll rose to more than 40,000, with at least 10,000 more deaths expected, and officials said more than 32,000 people were missing. The State Council, China's Cabinet, said 80 percent of the bodies found in Sichuan province had been either cremated or buried.

On the second of a three-day national mourning period, the authoritarian government appeared to be moving to rein in the unusually free reporting it allowed in the disaster's first week. Most major newspapers carried near-identical photographs on their front pages of President Hu Jintao and other senior leaders with their heads bowed - a uniformity that is typical when state media censors direct coverage.

· Gracious Creator of all human life, we ask You to intervene in the affairs of China, and beg that many more Chinese officials and people will come to know Your Son, Jesus as their Savior in the aftermath of this earthquake. May Your very presence not be denied by the government and more awareness of Your Power be known to all affected.

· "He will redeem his soul from going down to the Pit, and his life shall see the light. Behold, God works all these things, twice, in fact, three times with a man. To bring back his soul from the Pit, that he may be enlightened with the light of life." (Job 33: 28-30) A massive government database holding details of every phone call, e-mail and time spent on the Internet by the public is being planned as part of the fight against crime and terrorism. Internet service providers (ISPs) and telecoms companies would hand over the records to the Home Office under plans put forward by officials. The information would be held for at least 12 months and the police and security services would be able to access it if given permission from the courts.

The proposal will raise further alarm about a "Big Brother" society, as it follows plans for vast databases for the ID cards scheme and NHS patients. There will also be concern about the ability of the Government to manage a system holding billions of records. About 57 billion text messages were sent in Britain last year, while an estimated 3 billion e-mails are sent every day.

· Omniscient God, may you remind these ambitious officials that they are not trusting in You for safety and that they should be inquiring Your Word for wisdom on how to circumvent terror and illegals in the United Kingdom. May Britain find her safety in You, and again be a "sending nation" for Your Good News.

· Can you search out the deep things of God? Can you find out the limits of the Almighty? For He knows deceitful men; He see wickedness also. Will He not then consider it? (Job 11: 7 & 11 NKJV)

4. U.N. Puts Its Scope On U.S. Racism While Its Staff Revolts - Washington Times and NewsMax.com

Meanwhile, United Nations Secretary-General Ban Ki-moon, in office only 16 months, faces a staff in revolt. The U.N. chief was stunned by a vote of no confidence taken by the U.N. Staff Union last week. Among the items the 5,000 member union says Ban and his staff have chosen to ignore are costs of living adjustments, a U.N. "stimulus" package for USA-based staff similar to President Bush's tax refund (U.N. employees pay a staff assessment but no U.S. taxes), the allocation of temporary office space while U.N. headquarters undergoes a 5-year renovation, the issue of staff safety overseas, and the vulnerability of the U.N.'s computer system.

· Dear Lord, may this group look at global issues, and not only be concerned with their own work environment. May the United Nations be an apolitical organization: one that truly promotes countries working together as a force for good, or may it be disbanded. Amen.

· "But as for you, you meant evil against me; but God meant it for good, in order to bring it about as it is this day, to save many people alive." (Genesis 50: 20 NKJV)

Prime Minister Ehud Olmert has proposed in discussions with the speaker of the U.S. House of Representatives, Nancy Pelosi, that a naval blockade be imposed on Iran as one of several ways to pressure Iran into stopping its uranium enrichment program. 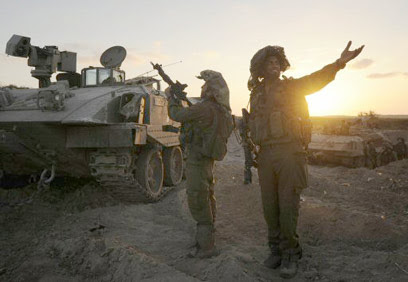 Israel is preparing for the possibility that efforts to secure a lull agreement vis-à-vis Hamas will fail, prompting the IDF to embark on a wide-scale military operation against Gaza terrorists.