"We consider the Holy Land a very special place, and we consider the Israeli people our close friends," US President George W. Bush, said Wednesday, upon arrival in Israel. The president arrived in Israel shortly after 11 a.m., his second visit to the country in approximately four months. He was once again greeted in regal fashion when he landed in Ben-Gurion Airport to celebrate Israel's 60th anniversary.

· Lord we pray that as President Bush visits Israel, Your Spirit will convict him of truth regarding the land and nation. We pray that You will show Him your promises and plan for the people and for the region.

Jordan's state security court jailed three Islamist for 15 years on Wednesday for plotting to assassinate U.S. President George W. Bush during his visit to the kingdom in November 2006, judicial sources said. They said the court, which commuted their sentence from death to 15 years because they were young, found them guilty of plotting to carry out terrorist attacks and of possessing automatic weapons and explosives. The sources said the three were in their 20s but did not give specific ages.

· We thank You Lord, for the revelation of this plot against our President and for prosecuting them. We pray for your continual protection over him as he visits the Middle East, and that all plots would be exposed before any incidents occur.

3. Bush Warns Against Those Who Would Negotiate With Terrorists - CNSnews.som

President Bush, speaking to Israel's parliament on Thursday, criticized people who "seem to believe we should negotiate with terrorists and radicals." The Obama campaign took it personally, accusing Bush of making a "false political attack."

·"But let him who glories, glory in this, that he understands and knows Me, that I am the Lord, exercising lovingkindness, judgment, and righteousness in the earth. For in these I delight, says the Lord." (Jeremiah 9:24)

4. Chavez Tells Colombia Building U.S. Military Base on Border Would be Act of Aggression - AP 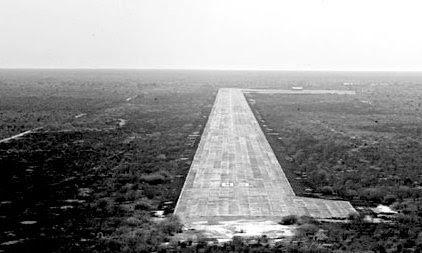 President Hugo Chavez, on Wednesday, warned Colombia not to allow a U.S. military base on its border with Venezuela, saying he would consider such an act an "aggression."

· Father, as Chavez becomes more and more aggressive towards the U.S., and our allies, we pray that You will intervene in his life to change him or remove him.

·"But it will not be well with the wicked; nor will He prolong his days, which are as a shadow, because he does not fear God." (Eccl 8:13)

The government-backed mortgage companies that finance the bulk of new US home loans may not have enough capital to withstand the plunge in the country's housing market, according to one of Washington's most senior financial legislators.

In an interview with the Financial Times, Richard Shelby, the senior Republican on the Senate banking committee, said Fannie Mae and Freddie Mac were "thinly capitalised, highly leveraged and pose a systemic risk to taxpayers."

· Lord, You know how many homeowners are completely dependent upon these companies. We pray for Your sustaining power to stabilize the situation, and wisdom for the government in rectifying the way the overload was created.

·"Trust in the Lord with all your heart, and lean not on your own understanding." (Proverbs 3:5)

The U.S. economy is not in a recession, and will likely avoid one this year, declares UCLA economist Edward Leamer in an exclusive interview with MoneyNews.com's Financial Intelligence Report.

· Thank You Lord, for a hopeful sign that you are listening to our cries. We hope in You alone for the solutions to this economic crisis, and we trust in Your mercy over America.

Firefighters made major gains against a wildfire that has charred thousands of acres along the Atlantic coast as police questioned a man seen tossing a Molotov cocktail into nearby woods.

· Father, thank You that schools are beginning to reopen, and that the firefighters have finally begun to stop the growth of these fires. Thank You for hearing our prayers.

·"Because He has inclined His ear toward me, therefore I will call upon Him as long as I live." (Psalm 116:2)

In a monumental victory for the gay rights movement, the California Supreme Court overturned a voter-approved ban on gay marriage Thursday, in a ruling that would allow same-sex couples in the nation's biggest state to tie the knot.

· Father, we bow our knees in repentance over this decision. We plead for mercy and a move of Your Spirit for California as well as the entire nation.

"Yet have I set My king upon My holy hill of Zion. I will declare the decree: LORD [YHWH] has said unto Me, You are My Son; this day have I begotten You." (Psalms 2:6-7)

Senior Hamas member Mahmoud al-Zahar spoke Wednesday at a Gaza Strip event marking the 60th anniversary of the Nakba - the anniversary of the 1948 events which led to the induction of the State of Israel - and promised his listeners that "the right of return is closer than ever."

United States President George W. Bush arrived in Israel Wednesday for his second visit in four months. This time, the American leader is in the country to mark Israel's 60th anniversary and take part in the Presidential Conference organized by Shimon Peres.

Looking for a way to survive politically in the face of serious new bribery scandals, Israeli Prime Minister Ehud Olmert wants to quickly reach an agreement with the Palestinians that will define solutions to such 'core issues' as borders, refugees, and security positions, while pushing back talks on the thorny issue of Jerusalem for a later day.

Today is Herzl Day, the 148th birthday of the visionary of the modern Jewish state. A survey of 500 university students in Israel shows incredible boorishness about his accomplishments.

" Let God arise, let His enemies be scattered: let them also that hate Him flee before Him." (Psalms 68:1)

Marking the 60th anniversary of Israel's founding, President Bush on Thursday said that allowing Iran to possess nuclear weapons is a "betrayal of generations" and pledged that the United States will continue to help protect Israel's sovereignty in the face of any and all threats. In a speech to the Knesset, or parliament, Bush took special aim at Iran, saying the United States stands with Israel in opposing moves by Tehran to obtain nuclear weapons. "Permitting the world's leading sponsor of terror to possess the world's deadliest weapons would be an unforgivable betrayal for future generations," the president said. "For the sake of peace, the world must not allow Iran to have a nuclear weapon."

Iran stepped up its attacks against the West Tuesday, accusing the U.S., Britain and Israel of being behind a deadly blast in mosque last month that killed 14 people. For weeks, officials dismissed speculation that the Apr. 12 blast in the southern city of Shiraz was caused by a bomb. That changed last week, when the intelligence ministry announced the arrest of six members of a terrorist group. President Mahmoud Ahmadinejad told a press conference in Tehran Tuesday that those responsible for the blast had confessed to having ties with the Western countries.

A rocket attack from Gaza at the heart of a major Israeli city, occurring just as President Bush launched a three-day visit to celebrate the Jewish state's 60th anniversary, may signify a major escalation in the intensifying regional confrontation between pro- American countries and Iranian-backed Islamist forces.

· Join us in praying for the safety and protection of President George W. Bush, First Lady Laura Bush, and all who will be traveling with his adminstration during their tour of the Middle East. Capitol Hill Prayer Partners will publish the president's itinerary, one day at a time, beginning with a review of today's events and then giving a preview of the schedule for the coming day . . . every day that the President is on this trip.

Please join us, too, in praying that every decision our president makes on this trip would be within the perfect will of God . . . for our nation . . . and for Israel. Amen.

(These events will take place at the Bible Lands Museum, in Jerusalem)

10:15 am -- THE PRESIDENT and Mrs. Bush participate in a Roundtable with Israeli Youth

3:00 pm -- THE PRESIDENT and Mrs. Bush participate in Lunch with the King of Saudi Arabia

4:05 pm -- THE PRESIDENT meets with the King of Saudi Arabia

9:00 pm -- THE PRESIDENT participates in a Dinner with the King of Saudi Arabia

12:25 pm -- THE PRESIDENT meets with the President of Egypt

12:45 pm -- THE PRESIDENT participates in a Working Lunch with the President of Egypt

2:35 pm -- THE PRESIDENT meets with the President of Afghanistan

5:50 pm -- THE PRESIDENT meets with the President of the Palestinian Authority

6:25 pm -- THE PRESIDENT participates in a Working Dinner with the President of the Palestinian Authority

8:10 am -- THE PRESIDENT meets with the King of Jordan

9:25 am -- THE PRESIDENT meets with the Prime Minister of the Palestinian Authority

10:25 am -- THE PRESIDENT meets with the Prime Minister of Lebanon


The PRESIDENT will depart Sharm El Sheikh, Egypt on Sunday evening, May 18.

Posted by Capitol Hill Prayer Partners at 2:01 AM