"All the kings of the earth will give thanks to You, O Lord, when they have heard the words of Your mouth." (Psalm 138:4 NKJV) 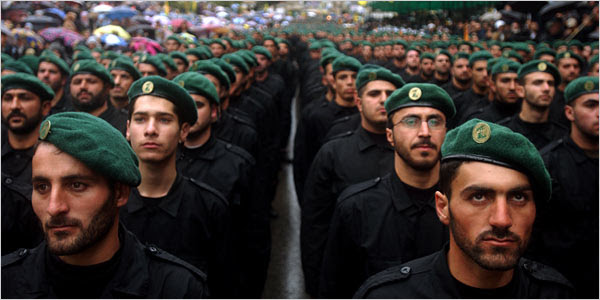 · Father we stand against fear over America, and against every plan of the enemy to destroy us. We do not trust in man's weapons, but in Yours alone.

· "For the weapons of our warfare are not carnal, but mighty through God to the pulling down of strongholds." (1 Cor 10: 4)

The United States is pressing UN inspectors to broaden the scope of a search in Syria to include possible secret nuclear facilities, The Washington Post reported in Thursday editions, citing US government officials and Western diplomats.

· Lord we ask that all hidden plans be revealed, and all secret facilities be found out and destroyed. · "Hide me from the secret counsel of the wicked, from the insurrection of the workers of iniquity." (Psalm 64:2)

Military action against Iran would be a last resort but the United States and its allies have not done enough to promote the alternative, a former U.S. ambassador to the United Nations said on Wednesday.

· Lord we pray that You will intervene to remove the evil regime of Iran without our military.

· Lord, we take authority over the spirit of division within our government, and the attitudes and lies which perpetuate it in all of our leaders. Unite us, O Lord, in the fear of You rather than anger, deception, confusion, or desire for power.

A helicopter crashed at a hospital on Thursday, sending thick, black smoke into the air over downtown and forcing the evacuation of patients from the building.

· We pray for comfort and mercy for the victims and survivors of this terrible incident.

· "But Thou, O Lord, art a God full of compassion and gracious, long-suffering, and plenteous in mercy and truth." (Psalm 86:15)

"May the LORD answer you in the day of trouble; may the name of the God of Jacob defend you." (Psalm 20:1) 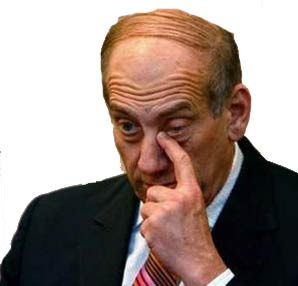 Labor chairman, Defense Minister Ehud Barak, received the full backing of his party's cabinet ministers on Thursday morning, less than a day after he called on Prime Minister Ehud Olmert to step down from office following the rattling deposition of Morris Talansky.

"I'll continue to function as prime minister; there are those who believe that the launching of any investigation demands a resignation, but I don't adhere to this notion and I will not step down," Prime Minister Ehud Olmert said Wednesday evening, during a meeting with the heads of communities and towns located near Gaza.

The ministers closest to Labor chairman Ehud Barak were woken up at midnight on Tuesday night by family members and aides informing them of Channel 1 political correspondent Ayala Hasson's report about Barak's meeting at the Defense Ministry in Tel Aviv.

Palestinian officials close to peace talks said Sunday that Israel has offered a West Bank withdrawal map that leaves about 8.5 percent of the territory in Israeli hands, less than a previous plan but still more than the Palestinians are ready to accept.

Hamas was caught by surprise by the news of direct negotiations between Israel and Syria, Hamas representatives in the Gaza Strip said over the weekend.

Iranian President Mahmoud Ahmadinejad has requested a meeting with Pope Benedict XVI, a diplomatic source told The Australian newspaper on Tuesday. A meeting between the political and spiritual leader would be a first.

Iran's lawmakers overwhelmingly picked conservative Ali Larijani as parliament speaker Wednesday, sending another strong message of discontent with President Mahmoud Ahmadinejad's leadership by boosting one of his likely challengers in elections next year.

In another sign of growing tensions with the United States, Pakistan is threatening to turn over to Iran six members of a tribal militant group Iran claims are "spies" for the CIA.

Christian Beliefs and Values Under Attack in America

Governor's order based on state appellate court ruling that said there is no legal impediment to N.Y. recognizing same-sex marriage. [See more on this decsion below.]

"Most African-American churches are still fairly traditional in their interpretations of Scripture," and that explains their "homophobic" messages.

· Lord, as we have been praying in repentance for our nation for the last 20 weeks, we prostrate ourselves before You today in sorrow over the path our nation has taken. We call upon You for mercy and forgiveness of our sins. We have rejected Your moral compass, we have followed false gods, we have allowed sin to overtake our nation. May you find it in Your loving heart to forgive and cause the Holy Spirit to move like a mighty wind over America to change our hearts to bring righteousness to our land.

· "And I sought for a man among them, that should make up a hedge, and stand in the gap before Me for the land, that I should not destroy it: but I found none." (Ezekiel 11:30)

In New York, the judicial branch may have some competition in the race to redefine marriage. Gov. David Paterson (D), Eliot Spitzer's replacement, is inventing new policymaking powers for the executive office by issuing a statewide directive that same- sex "marriages" performed in other jurisdictions will be recognized in New York. Announced the day before California's Supreme Court ruling, the sweeping decision will impact as many as 1,300 rules and regulations "governing everything from joint filing of income tax returns to transferring fishing licenses between spouses." Under the order, same-sex couples who reside or work in New York will receive the same benefits as heterosexual spouses.

Paterson described the decision as "a strong step toward marriage equality," instead of what it truly is-- an attempt to circumvent the legislature and propel the state closer to gay "marriage" without voters' consent. Under Spitzer, a bill was introduced to legalize homosexual unions, but it never passed New York's Republican-led Senate. Paterson's office sees this as the next best thing. Although the order is the first of its kind in the U.S., other left-leaning governors will almost certainly follow suit. If you're a New York resident, please express your outrage by contacting Paterson's office at 518-474-8390 or by emailing him at http://161.11.121.121/govemail. (Family Research Council)

We made clear that the ruling is an abuse of power and that we will be working day and night with a broad coalition of Californians to pass a marriage protection amendment there in November. Certification of the amendment for the ballot is likely. As Ken Blackwell pointed out, the political parties will be deeply affected by the firestorm this decision is generating. California marriage bureaus are even now being instructed to replace "bride" and "groom" on the license application with "party A" and "party B." Don't be fooled: the real implications are for Party D and Party R. Who will stand for the timeless meaning of marriage? Video of the panel will be available soon on our website. (Family Research Council)

A SPECIAL INVITATION FROM THE EMBASSY OF ISRAEL

On Sunday, June 1st, the Embassy of Israel is sponsoring an event on the National Mall in Washington, D.C. to celebrate its 60th Anniversary of Statehood.

Called Israel at 60: A Capital Celebration , the event begins at noon and lasts until 5:00 p.m.

All of our readers are most welcome to attend this event . . . and to bring your friends along, too!

Israel @ 60: A Capital Celebration promises to be one of the most exciting events to honor Israel. Cheer Israel's 60th birthday and its achievements in the arts, theater sciences and more.

For more information about this exciting program, visit the website for the Embassy of Israel, by going here