"He has made an everlasting covenant with me, ordered in all things, and secured. For all my salvation and all my desire, Will He not indeed make it grow? " (2 Samuel 23:5 NAS)

1. Questions for the Presidential Hopefuls- (CNSNews.com)

President Bush says he would have two questions for the current crop of presidential hopefuls: What core "principles" underpin their decisions? And which people will they rely upon for "unvarnished" advice?

·Father, we, too, ask these questions of the men and women running for President. We pray that the American people will remember the foundations of the United States as they vote in all upcoming elections, and that Your Spirit will hover over all of us during the process.

·"Therefore I exhort first of all that supplications, prayers, intercessions, and giving of thanks be made for all men, for kings and all who are in authority, that we may lead a quiet and peaceable life. . ." (1Timothy 2:1,2)

Rudy Giuliani has yielded his lead in the Republican presidential race, a new Wall Street Journal/NBC poll shows. According to the poll, Giuliani and former Massachusetts Gov. Mitt Romney are now tied in the contest for the GOP nomination, each at 20 percent among Republicans nationally. The poll showed Arkansas Gov. Mike Huckabee at 17 percent and Sen. John McCain at 14 percent.

Republican Rep. Tom Tancredo, whose forceful opposition to illegal immigration vaulted him to national prominence, plans to announce he is abandoning his long-shot bid for the presidency, a person close to Tancredo said Wednesday.

Republican Rudy Giuliani will return to New York City on Thursday after spending the night in a St. Louis hospital getting checked out for flu-like symptoms, his campaign said.

ABC News has learned that the campaign of Sen. Hillary Clinton, D-N.Y., has registered the names of two Web sites with the express goal of attacking her chief rival, Sen. Barack Obama, D-Ill.

·Lord, You alone know the hearts of these candidates. We ask for health for all of them, and peace for those who have dropped out. We pray that Your truth, grace, and mercy would prevent us from choosing the wrong candidate. We bind anger and hatred, deception and lies, and loose Your Spirit to change the hearts of those running for office.

The legislation sets aside $50 million for helping states to comply with the Real ID Act of 2005, which was not requested by the president. Under the new law, states must meet new requirements for collecting, storing, publishing and sharing personal information on driver's licenses.

·Father we invite You to judge this bill, whether favorable for the people of America or not. If it is not, we ask that You defeat it.

A state-controlled Chinese investment fund has snapped up a five-billion-dollar stake in Morgan Stanley, one of America's biggest investment banks, which announced multibillion dollar losses Wednesday.

· Lord, we ask that you remove our vulnerability to China's influence. We repent for allowing greed to cause these weaknesses. By the power of Jesus' Name we dissolve China's overall plans against us, and declare that no weapon formed against us shall prosper! (Isaiah 54:17) 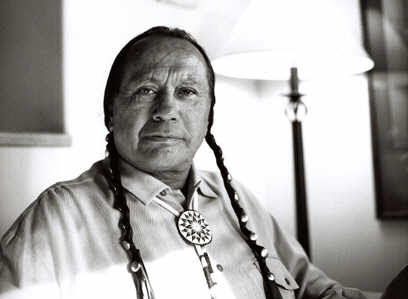 The Lakota Indians, who gave the world legendary warriors, Sitting Bull and Crazy Horse, have withdrawn from treaties with the United States.

"We are no longer citizens of the United States of America and all those who live in the five-state area that encompasses our country are free to join us,'' long-time Indian rights activist Russell Means said.

· Father we understand the anger that has flowed through much of the Native American community, and with often good reason. We ask that You release forgiveness both to and through all Native Americans. Let the Lakota people feel the wind of Your Spirit change their hearts to see as You see.

"Divide Israel and I will divide your land." This is a spiritual issue, not a political, ethnic issue. It brings greater spiritual vulernability from and in the north. It's a matter of spiritual authority. ~ CCNews

With Dec. 25 only days away, a central image in the celebration of Christmas -- the manger scene featuring replicas of Joseph, Mary and the baby Jesus -- has become the focus of attacks by vandals and leaders of "the secular Left," Christian groups charged on Wednesday.

· Lord as we go deeper into these days of anti-Christian sentiment, we pray for protection over your people and over the freedom to celebrate You all year 'round.

The defense establishment on Tuesday conducted a test with a new component of the Patriot system - the 'Yahalom' missile. The test, aimed at examining the various improvements that have been made in the system's operational capabilities, was crowned a success after an extensive review of the experiment results on Wednesday.

Hamas broadcast live from the Temple Mount on Wednesday morning and announced they would commence daily programming from the site - Judaism's holiest - while Israeli police forced banned all Jews and Christian from ascending the Mount as Muslims observe the holiday of Eid al-Adha.

On Islam's most important holiday, the leader of Gaza's Hamas government appealed yesterday for a cease-fire with Israel and said his people -- battered by Israeli military strikes and international sanctions -- are greeting this year's feast with "tears in our eyes."

At least two armed Palestinians were killed in a gunfight which ensued between gunmen and IDF troops operating in the central Gaza Strip on Thursday morning.

Posted by Capitol Hill Prayer Partners at 1:47 AM