Senate Republicans blocked a broad energy bill Thursday because it included billions of dollars in new taxes on the biggest oil companies.

President Bush vetoed legislation Wednesday that would have expanded government-provided health insurance for children, his second slap-down of a bipartisan effort in Congress to dramatically increase funding for the popular program.

· Father we ask that You would infuse Your wisdom into the hearts of our legislators, that fair and equitable bills would be passed. We bind the tendency to add taxes and more spending instead of create fiscal responsibility. We loose Your Presence into our legislative process and ask that You re-direct them toward accomplishing righteous works.

· "He that getteth wisdom loveth his own soul: he that keepeth understanding shall find good." (Proverbs 19:8)

EU leaders have signed a treaty in the Portuguese capital, Lisbon, that is expected to greatly alter the way the 27-nation body operates. The treaty creates an EU president and a more powerful foreign policy chief. The document, signed at a ceremony at the city's historic Jeronimos Monastery, also scraps veto powers in many policy areas.

As U.N. talks entered their final hours, European nations on Thursday threatened to boycott a U.S.-led climate meeting next month unless Washington agrees to a deal mentioning numerical targets for deep reductions in global warming gases.

· Father, as we move inevitably toward one world government, we pray that our nation would have foresight and revelation. May we not succumb to the loss of sovereignty or be moved by threats and intimidation. May our leaders understand that You alone are to guide America. 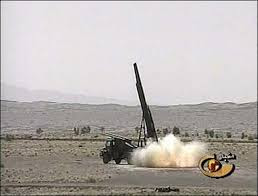 Iran tested a newly-developed ballistic missile on the day of the Annapolis conference, Channel 10 reported Wednesday. The Ashoura missile has a range of 2,000 kilometers and is capable of reaching Israel, US Army bases in the Middle East and eastern European cities, including Moscow, said the TV channel.

· Father again we see that the words and actions of Iran are filled with lies and deception. We ask that You break off the plans of evil men who seek to destroy Your people.

North Korea may have given arms to Lebanon's Hezbollah and Sri Lanka's Tamil Tigers, according to a report compiled for Congress that could complicate U.S. plans to drop Pyongyang from its terrorism blacklist.

· Lord we thank you that this information has been revealed. We continue to pray that our leaders will not make foolish actions in their attempts to accomplish political goals. May You intervene in our talks with North Korea, to reveal all hidden deceptions and plans.

· "For the Lord will not cast off His people, neither will He forsake His inheritance." (Psalm 94:14)

A deadly winter storm that left the nation's midsection coated in ice, blew east Thursday as crews worked to restore power to hundreds of thousands.

Some parts of the Northeast could receive up to a foot of snow, forecasters said. Schools in Pennsylvania, New York, New Jersey and Connecticut announced closures, in some cases before flakes even began to fall.

Israeli and Palestinian negotiating teams met in Jerusalem on Wednesday for their first official meeting towards a permanent peace agreement since 2001. The sides agreed on an intensive series of meetings at the Annapolis peace conference in late November and had met beforehand several times to draft a joint statement outlining their aspirations.

The current situation in Gaza cannot continue, and ongoing Qassam attacks on Israel may force the IDF to launch a large-scale operation in the Strip, IDF Chief of Staff Lit.-Gen. Gabi Ashkenazi said Wednesday.

Hours after the security cabinet ruled against a large military operation in the Gaza Strip, IDF Chief of General Staff Lt.-Gen. Gabi Ashkenazi said Wednesday that it was impossible to defeat a terrorist group without having control on the ground.

US President George W. Bush is set to take a more active role in the Israeli-Palestinian peace process, his top diplomat said in an interview transcript released Wednesday.