The White House is reaffirming its plan to veto legislation that would federalize the prosecution of so-called "hate crimes."

· Remain in prayer for President Bush, that our Lord would strengthen his hand to do the job he must do: veto this bill.

·They were all trying to frighten us, thinking, "Their hands will get too weak for the work, and it will not be completed." But I prayed, "Now strengthen my hands." (Nehemiah 6:9)

Navy imam Chaplain Abuhena M. Saifulislam lifted his voice to God as he called to prayer more than 100 Department of Defense employees Monday at a celebration of Ramadan at the Pentagon. The White House will host a similar function tomorrow.

· In the spirit, this act of yielding to -- and worshipping -- the false god allah has created a "breach in the wall" of our national defense; and this "breach" is about to be made in the White House, as well. As in the days of Nehemiah, let us examine our walls, and stand in the gap when we discover these breaches through whom the enemy of our souls might invade; and let us ask our Lord to forgive us and to cover us with His Shed Blood. Amen.

· Dear Lord, we will stand in the gap for this man who has received power that only comes from You to serve as the chairman of the House Appropriations Committee. We ask that he will re-think his decision to cripple our troops serving Iraq by refusing to vote out of committee the pending $189 billion emergency war-funding bill to sustain them. May he not be able to force a U.S. pullout from Iraq reminiscent of our ill-fated troop withdrawal from Viet Nam!

A Chinese company with ties to Beijing's military and past links to Saddam Hussein's army in Iraq and the Taliban will gain access to U.S. defense-network technology under a proposed merger, Pentagon officials say.

· Pray, asking for Godly wisdom to be granted to "those in authority" in all negotiations involving the People's Republic of China.

· "I urge, then, first of all, that requests, prayers, intercession and thanksgiving be made for everyone " for kings and all those in authority, that we may live peaceful and quiet lives in all godliness and holiness." (I Timothy 2:1,2)

Taiwan's military is likely to unveil a domestically developed cruise missile, Hsiung Feng IIE ("Brave Wind"), during their National Day parade on October 10th, that is capable of hitting targets in China, a Defense Ministry spokesman said on Wednesday. Analysts and military officers say the missiles would most likely target the 1,000-odd short-range cruise missiles Beijing has aimed at Taiwan and threatens to use if the island ever moves towards formal independence.

Taiwan's President Chen Shui-bian has recently stoked tensions and angered the United States, the island's closest ally, by insisting on holding a referendum next year on applying to join the United Nations as "Taiwan." Beijing would be bound to see such a move as a step towards declaring independence. To date, the island's formal title remains "Republic of China," the name of the former Chinese Nationalist government.

· Dear Lord, we pray for the island of Taiwan's safety as she seeks independence from China. May You send Your "Brave Wind," Your Holy Spirit into this nation to breathe Your saving grace and power and to save many alive, both in Taiwan and China. In Jesus' Name we pray. Amen.

· "The Lord their God will save them in that day, as the flock of His people. For they shall be like the jewels of a crown, lifted like a banner over His land--" (Zechariah 9: 16 NKJV)

North Korea today agreed to disable facilities at its main reactor complex by end of year as part of a six nation deal.

· Offer great praise to the Lord for this wonderful news!

President Vladimir Putin said Monday he would lead the dominant party's ticket in December parliamentary elections and suggested he could become prime minister, the strongest indication yet that he will seek to retain power after he steps down as president early next year. Russia's most vocal opposition alliance, co-led by the former world chess champion Garry Kasparov, applied Monday to participate in the December vote but said it expected to be blocked by the Kremlin.

· Mr. Putin is in need of prayer for his spirit to be contrite before the Lord. May we intercede on his behalf to come to a saving knowledge of the Lord Jesus Christ as His Savior before he suffers the fate of the king of Assyria?

· "Therefore it shall come to pass, when the Lord has performed all His work on Mount Zion and on Jerusalem, that He will say, 'I will punish the fruit of the arrogant heart of the king of Assyria, and the glory of his haughty looks.'" (Isaiah 10: 12 NKJV)

On Sunday, former US ambassador to the United Nations John Bolton told British Tory delegates that efforts by the UK and the EU to negotiate with Iran had failed and that he saw no alternative to a pre-emptive strike on suspected Iranian nuclear facilities.

· Dear Lord, we know why Your son, David, praised You for Your continual assurance of safety and protection for those who serve and love You! Thank You for Your Word where we find hope and renewal when facing life's threats and trials!

· "Now I know that the Lord saves His anointed; He will answer him from His holy heaven with the saving strength of His right hand. Some trust in chariots, and some in horses; but we will remember the name of the Lord our God." (Psalm 20: 6-7 NKJV)

""Again I will build you, and you shall be rebuilt, O virgin of Israel! You shall again be adorned with your tambourines, and shall go forth in the dances of those who rejoice. You shall yet plant vines on the mountains of Samaria; the planters shall plant and eat them as ordinary food." (Jeremiah 31:4-5).

A failure in the upcoming US-sponsored Middle East peace conference would have more dangerous repercussions than the botched Camp David summit in 2000, Fatah officials warned on Tuesday.

The Palestinians will only participate in the US-sponsored peace conference expected to be held next month if general agreement is first reached with Israel on all the fundamental issues, Palestinian Authority officials here said Monday.

Close to 80 senators - including all those running for president -signed a letter calling for greater Arab support for the peace process ahead of the international conference the US is planning for November.

The crossing by more than 80 Hamas members into the Gaza Strip from Egypt last Sunday is deeply troubling Israel's security establishment. Some of those who crossed are members of Hamas' military wing and have recently undergone extensive military training in Iran and Syria, security sources said.

Doctors who perform abortions in New Jersey need not inform patients about the personhood of their unborn child, according to a recent ruling. The decision ended a lawsuit brought by a woman who suffered a botched abortion and had been misled by her doctor. She asked if "the baby was already there" and the Doctor told her "Don't be stupid, it's only blood." Weeks after the abortion, the women went to the hospital for excessive bleeding, only to discover that "parts of the baby" were still inside her. The court ruled against her, writing, "On the profound issue of when life begins, this court cannot drive public policy in one particular direction by the engine of common law when the opposing side, which represent so many of our citizens are arrayed along a deep societal and philosophical divide." Yet the same court, without regard for the "divide" has issued hugely controversial rulings that shamelessly strengthen a culture of death and advance the homosexual agenda.

· Join us in maintaining a vigil against the appointment of activist judges in favor of God-fearing men and women who will uphold the Constitution as envisioned by our nation's founders. Pray for the election of leaders who will foster the appointment of such judges. Pray that judges will be chosen from a pool of candidates who deeply understand the fundamental right to life of all people, in and outside the womb. 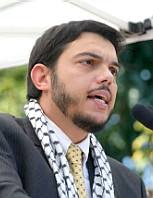 The Muslim Brotherhood in the United States has been enacting a plan since 1991 to unite all Islamic organizations in America into a comprehensive army that intends to eliminate and destroy America's civilization from within through a grand "Civilization Jihadist" movement, according to documents submitted by the federal government as evidence in the Holy Land Foundation terrorist trial in Dallas, Texas. The documents obtained by investigators outline in chilling detail how Islam plans to destroy the United States, and even more alarming, that the plan initiated in May 1991 has already advanced through many of its strategic phases.

The plan says that the Muslim Brotherhood "must understand that their work in America is a kind of grand Jihad in eliminating and destroying the Western Civilization from within and "sabotaging" its miserable house by their hands and the hands of believers so that it is eliminated and god's religion [sic Islam] is made victorious over all religions. It is a Muslim's destiny to perform Jihad and work wherever he is and wherever he lands until the final hour comes, and there is no escape from that destiny except for those who chose to slack. But would the slackers and the Mujahedeen be equal."

Make no mistake that this plan is serious and has been implemented. The plan called for "settling" the United States by becoming "entrenched" as part of the "homeland." The plan demands that in order to accomplish this goal, the "movement" must "plan and struggle" to "carry out this grand mission as a 'Civilization Jihadist' responsibility which lies on the shoulders of Muslims and-on top of them-the Muslim Brotherhood in this country." In order to foment this change, 12 "shifts" in mentality were instituted, such as "a shift from the mentality of caution and reservation to the mentality of risk and controlled liberation."

Once these mentality shifts are developing, the plan called for Islamic takeover through the building of mosques, Islamic centers and schools, then unifying all U.S. Islamic movements. Over 29 organizations were listed in the document as part of the unification plan, many of them which already have become household names in America. Jeremiah 51:14 says, "The Lord of hosts has sworn by himself, saying, Surely I will fill you with men, as with locusts; and they shall lift up a battle cry against you." Americans, it is now time to come to the aid of your country for the sake of your nation, your family, your life and your God.

Links to Other Resources

b Bridges for Peace

Posted by Capitol Hill Prayer Partners at 1:05 AM