Secretary of State Condoleezza Rice on Thursday accused Iran of "lying" about the aim of its nuclear program, saying there's no doubt Tehran wants the capability to produce nuclear weapons and has deceived the U.N.'s atomic watchdog about its intentions. "There is an Iranian history of obfuscation and, indeed, lying to the IAEA," she said, referring to the International Atomic Energy Agency. "There is a history of Iran not answering important questions about what is going on and there is Iran pursuing nuclear technologies that can lead to nuclear weapons-grade material," Rice told reporters aboard her plane as she headed to Moscow.

· Father, as evidence of truth is being uncovered we pray for Your mighty right arm of power to establish, strengthen and comfort.

· The lip of truth shall be established forever: but a lying tongue is but for a moment. O God, the proud are risen against me, and the assemblies of violent men have sought after my soul; and have not set thee before them. Show me a token for good; that they which hate me may see it, and be ashamed: because thou Lord, hast helped me, and comforted me. (Prov. 12:9, Ps.86:14,17)

Now, Mukasey's experiences in the Padilla case and other terrorism prosecutions undergird his credentials for nomination to become attorney general. If confirmed by the Senate after hearings next week, the 66-year-old Bronx native will take over an embattled Justice Department. He will deal with Congress on national security issues that remain to be sorted out in the final year of the Bush administration - including rules for interrogating suspects and gathering evidence in terrorism cases.

· Lord, praise and honor to Your name. Your law is perfect and makes the simple wise. We ask for wisdom, knowledge and discretion over nominees and approved judges.

· When wisdom entereth into thine heart, and knowledge is pleasant unto thy soul; discretion shall preserve thee, understanding shall keep thee; to deliver thee from the way of the evil man, from the man that speaketh forward things; . . . . (Prov.2;10-12)

"The Bush administration announced a new mortgage industry coalition on Wednesday aimed at helping homeowners avoid being trapped in a rising tide of foreclosures. Treasury Secretary Henry Paulson said the initiative would help coordinate efforts by financial companies to help an estimated 2 million homeowners whose introductory mortgages with low rates are now resetting at much higher rates, greatly increasing the risk they will default on the loans.

· Lord, through all the financial challenges of our nation, we pray for biblical principles to be applied. We thank You for the foresight in establishing co-operation among leaders to help homeowners. We ask for Your counsel to a speedy plan.

· I bless the Lord who hath given me counsel: my reins also instruct me in the night seasons. I will instruct thee and teach thee in the way which thou shalt go: I will guide thee with mine eye. (Ps.16:7, Ps. 32:8)

4. Have Thousands Really Died for Lack of Health Insurance? - CNSNews.com

When she announced her $110-billion health-care reform plan last month, Sen. Hillary Clinton (D-N.Y.), said, "Each year, 18,000 people die in America because they don't have health care." While some experts believe she is correct, others say the data and claims are not accurate.

· Lord, we pray that for all presidential candidates, deceptions and exaggerations will cease, and only words of truth will be spoken.

· "In this way, you may know the truth and bring an accurate report to those who sent you." (Proverbs 22:21 NLT) 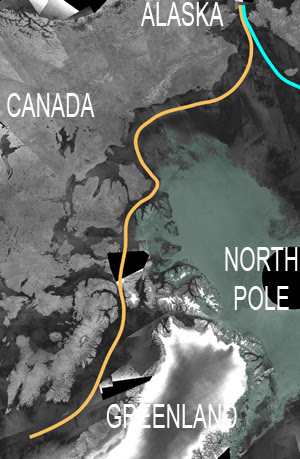 America is on a collision course with its close ally and northern neighbor, Canada, over who has access to the Northwest Passage, which has become open to sea traffic. The passage became fully clear of ice for the first time this summer because of record melting.

· Lord we pray for cooperation and peace between the United States and Canada over this passage.

· "Behold how good and pleasant it is for brethren to dwell together in unity!" (Psalm 133:1)

Defense Secretary Robert Gates laid out a vision for transforming the Army to a force better able to fight the type of unconventional warfare it has seen in Iraq and Afghanistan, which he said will "remain the mainstay of the contemporary battlefield for some time. Gates said that "the most important military component in the war on terror is not the fighting we do ourselves, but how well we enable and empower our partners to defend and govern their own countries."

· Pray blessings on Defense Secretary Robert Gates as he labors toward favor, success and vision for the future. Pray for the Lord to establish our work for success in transforming our military to enable others to defend their countries.

Al Gore's award-winning climate change documentary was littered with nine inconvenient untruths, a judge ruled yesterday. "An Inconvenient Truth" won plaudits from the environmental lobby and an Oscar from the film industry but was found wanting when it was scrutinized in the High Court in London. Justice Burton identified nine significant errors within the former presidential candidate's documentary as he assessed whether it should be shown to school children. He agreed that Gore's film was "broadly accurate" in its presentation of the causes and likely effects of climate change but said that some of the claims were wrong and had arisen in "the context of alarmism and exaggeration."

· Thank you, Lord for a voice of reason among the loud cries of "Global warming alarmists." We take authority over fear and bind it across the globe, and declare that it is You whose report will prevail.

New York's Empire State Building will be lit up in green this week to honor the Muslim holiday Eid-al-Fitr. This is the first time the building will be illuminated for the festival. Eid-al-Fitr marks the end of Ramadan and is expected to begin Friday.

Officials say the green lighting will become an annual event, following the tradition of colored lights at the tower to mark the Christian holiday Christmas and the Jewish celebration of Hannukah.

· Lord, have mercy upon us. Pray for those in New York City, who lived through the horrors of Sept. 11, and for those who lost loved ones that day. Ask our Lord to comfort their hearts, as they gaze upon a green Empire State Building.

Palestinian Authority President Mahmoud Abbas on Wednesday laid out his most specific demands for the borders of a future independent state, calling for a full Israeli withdrawal from all territories captured in the Six Day War in 1967.

As an American-hosted Middle East summit approaches, Palestinian Arabs are hardening their positions: An aide to the Palestinian Authority president, Mahmoud Abbas, said yesterday that the Palestinians will demand sole Arab control over Judaism's holiest site in Jerusalem, the Western Wall.

The Palestinian Authority would accept concessions made by Israel in the Taba discussions that took place six years ago, a senior Palestinian official told Israel Radio early Friday morning.

4. Syria tries to save face at strike site - Jerusalem Post

A few days after an Israeli reporter entered Syria using a foreign passport and published pictures of himself outside what he said was the site attacked by the IAF in a September 6 air strike, Syrian officials told foreign journalists on Monday that reports of the raid were spurious.

Palestinian President Mahmoud Abbas of Fatah ruled out talks with Hamas on Thursday as Israel warned that dialogue with the Islamists could torpedo a peace deal with the Jewish state.

Posted by Capitol Hill Prayer Partners at 12:36 AM