CHPP Daily Brief "Praying for All in Authority" Thursday, October 12, 2017


To read yesterday's edition of The Daily Brief,
go here.

The Daily Brief
"Praying for All in Authority"
Thursday, October 12, 2017

"You need to persevere so that when you have done the will of God, you will receive what he has promised. " (Hebrews 10:35,36 NIV) 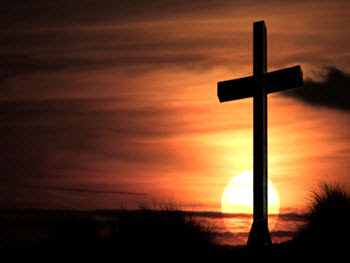 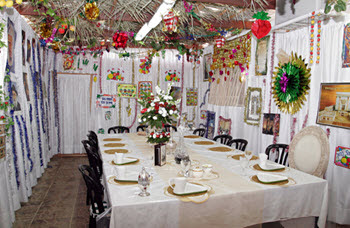 1. Israeli delegation said to land in Cairo ahead of Fatah-Hamas talks - Times of Israel

An Israeli delegation flew into Cairo on Tuesday to conduct talks with high-ranking Egyptian officials ahead of Palestinian reconciliation talks in Egypt's capital, according to Arabic media reports.

Although there was no word on the content of the discussions, the reports came on the same day unity talks were launched in Egypt between Hamas and Fatah, as the Palestinian Authority seeks to regain sovereignty over the Gaza Strip after a decade of Hamas rule.

Prime Minister Benjamin Netanyahu and his British counterpart Theresa May spoke on the phone Monday. During their conversation May said the U.K. opposed U.S. President Donald Trump's intent to exit the 2015 nuclear deal with Iran, saying Britain remains committed to the agreement signed in 2015 by the Islamic republic and world powers.

Britain and Israel agree on the need to be "clear-eyed" about the threat Iran poses to the Middle East, a spokesman for May said following the call.

Hamad bin Abdulaziz al-Kawari of Qatar and Audrey Azoulay of France are the leading candidates to head UNESCO as a result of Monday's preliminary vote in Paris.

UNESCO's 58-member Executive Board cast secret ballots for seven candidates to replace the organization's director-general Irina Bokova, whose eight-year tenure expires at the end of December.

After the first round of voting, Kawari received 19 votes, followed by Azoulay, who is Jewish, with 13. Egyptian human rights advocate Moushira Khattab garnered 11 votes.

The news was a mixed bag for Israel, which has been nervous about Kawari's candidacy, believing him to be antisemitic.
(Read more)

The Civil Administration Higher Planning Committee is slated to meet next week and give final approval to nearly 4,000 new housing units across Judea and Samaria, including the first new construction in the Jewish community in Hevron in some four decades.

On Sunday night, Channel 2 reported that the Netanyahu government has okayed the move, following delays by the Higher Planning Committee, which had originally been scheduled to approve the projects in September.

"There was a long dry period during the Obama era, and we were hit with condemnations for every construction in the settlement," the official said. "After Trump came into office, Israel and the new American administration set clear criteria for construction that the Americans were not opposed to, such as canceling the distinction between settlement blocs and isolated settlements. In addition, it was made clear that the Americans no longer consider the settlements an obstacle to peace."
(Read more)
5. More Than 1 Million Jews Expected to Take Part in Global Shabbat Observance Oct. 27-28 - algemeiner.com

A global observance of Shabbat with hundreds of special events being held in local Jewish communities around the world - including new events in Togo, Mozambique and Venezuela - is slated for Oct. 27-28.

The worldwide observance day, started by The Shabbat Project, brings Jews together to keep a single Shabbat. It began as a local South African event in 2013, initiated by South African Chief Rabbi Dr. Warren Goldstein, who proposed the idea of hosting a communal Shabbat experience.

"Over the past few years, it has been nothing short of thrilling and deeply inspiring to witness Jews come together across every conceivable divide - language, culture, ethnicity, geography, observance," Goldstein said in a statement.
(Read more)
For more information about the Global Shabbath Project, go here.