Hezbollah's chief on Thursday vowed to retaliate against Israeli targets abroad after accusing Israel of taking the fight beyond Lebanese borders by assassinating militant commander Imad Mughniyeh in Syria.

· Lord we stand firmly on the knowledge that Israel belongs to You and You will protect her.

·"When the wicked come against me to eat up my flesh, my enemies and foes, they stumbled and fell. Though an army should encamp against me, my heart shall not fear; though war should rise against, in this I will be confident." (Psalm 27:2,3)

Iran's new generation of advanced centrifuges have begun processing small quantities of the gas that can be used to make the fissile core of nuclear warheads, diplomats told The Associated Press on Wednesday.

· We put our trust in You, Lord, for protection from the plans of Iran.

·"Many sorrows shall be to the wicked; but he who trusts in the Lord, mercy shall surround him." (Psalm 32:10)

President Vladimir Putin on Thursday repeated his threat to aim Russian rockets at former Soviet satellite states if U.S. missile defense facilities are deployed there. Speaking about U.S. plans for interceptors in Poland and a radar system in the Czech Republic, Putin said, "Our experts consider that this system threatens our national security, and if it appears, we will be obligated to adequately react to this."

· Lord we pray that You will unravel Putin's threats against the US and her allies.

Federal Reserve Chairman Ben Bernanke told Congress Thursday that the country's economic outlook has deteriorated and signaled that the central bank is ready to keep on lowering a key interest rate - as needed - to shore things up.

· Father, may we not continue to use a band-aid approach to our economy, but may we find a permanent, Godly solution that will stand the test of time. Let us not "shore-up" a falling structure, but let us follow Your wisdom and knowledge for our financial future.

· "Ponder the path of your feet, and let all your ways be established. Do not turn to the right or the left; remove your foot from evil." (Proverbs 4:26,27)

Mexican President Felipe Calderon acknowledged tensions between the U.S. and Mexico over illegal immigration Wednesday but stressed that both countries have an interest in ensuring their citizens can cross the border legally and safely. "Our nations will never find prosperity by closing their doors," Calderon told a joint session of the California Legislature in his first U.S. visit since winning office in 2006.

· Father may our leadership not move toward more cooperation until Mexico moves toward control of illegal and violent offenders into America. Protect our sovereignty and security, Lord, from the plans of men.

A Border Patrol agent discovered a metal wire strung between two border fences in San Diego that appears to have been placed there to injure officials, kpho.com reports. When pulled tight the wire appears to have the capacity to decapitate a person.

· Thank you, Lord, for the discovery of this plot before someone was killed. We take authority over the spirits of greed and murder, in the name and by the Blood of Jesus. We ask protection for our Border Patrol agents as they attempt to stem the flow of illegal immigration and violence.

· "Hide me from the secret counsel of the wicked, from the insurrection of the workers of iniquity." (Psalm 64:2)

U.S. health officials are urging that Gulf Coast hurricane victims be moved out of their government-issued trailers as quickly as possible after tests found toxic levels of formaldehyde fumes.

· Lord as these people have suffered long and hard for nearly three years, we ask Your mercy over them. We pray that You will find permanent, safe housing for all, and that Your Holy Spirit will move mightily among all of the residents of the Gulf Coast.

· "And suddenly there came a sound from heaven, as of a rushing mighty wind, and it filled the whole house where they were sitting." (Acts 2:2) 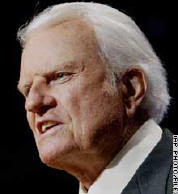 Evangelist Billy Graham underwent successful surgery Wednesday to update a shunt that controls excess fluid in his brain, and was expected to remain in the hospital for several days.

· Lord we pray for this precious man of God who has walked in integrity throughout his career. We ask that Your hand be upon Him in healing and mercy. We praise You for Billy Graham's obedience to Your Word and call. 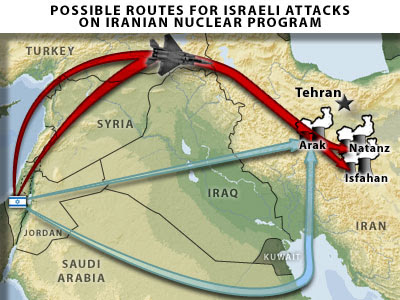 Gulf states believe Israel will destroy Iran's nuclear programme rather than allow it to acquire an atomic bomb, an adviser to the Kuwaiti government and Gulf Cooperation Council (GCC) said on Tuesday. ·

U.S. Secretary of State Condoleezza Rice said on Wednesday she planned to visit Israel and the Palestinian Authority early next month to help both sides narrow their differences in Palestinian statehood talks.