- People who come into the United States illegally and then become victims of crime may get special protection from the U.S. government.

b) Training Sessions Teach Aliens to How to Deal With Federal Raids - (CNSNews.com)

In living rooms, laundromats, and community centers across Massachusetts, immigrant-rights groups are running an underground campaign to teach illegal immigrants to protect themselves from federal agents, the Boston Globe reported on Thursday.

· Lord we pray that You will disassemble the plans of those who seem bent upon circumventing the laws of the United States. We pray for wisdom to come to leadership in every area of the immigration issue.

· "Now we recognize and know that the law is good, if any one uses it lawfully - for the purpose for which it was intended." (1 Timothy 1:8 Amp)

2. B-52 Mistakenly Flies with Nukes Aboard - Military Times

A B-52 bomber mistakenly loaded with five nuclear warheads flew from Minot Air Force Base, N.D., to Barksdale Air Force Base, La., on Aug. 30, resulting in an Air Force-wide investigation, according to three officers who asked not to be identified because they were not authorized to discuss the incident.

· Lord we thank You for discovering this breach of protocol before something terrible happened. Lord may our military now be more wise and careful in the transportation of nuclear missiles. We trust in You, Lord, to protect us!

· "I have counsel and sound knowledge, I have understanding, I have might and power." (Proverbs 8:14 Amp)

Scorching temperatures that have gripped Southern California for more than a week were blamed Tuesday for at least 13 deaths.

· Father we ask Your mercy and forgiveness over the West, and that You would extend Your hand against the heat.

· "They shall not hunger or thirst, neither shall mirage or scorching wind or sun smite them: for He Who has mercy on them will lead them, and by the springs of water will He guide them." (Isaiah 49:10 Amp) 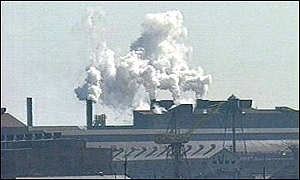 The U.S. economy will slow sharply this year and fall behind growth rates in most of the world, according to forecasts in a U.N. report released Wednesday.

· Lord we pray that You will intervene against this pronunciation of destruction by the UN. You alone are God over America, and we pray for Your protection.

Chinese President Hu Jintao, on the defensive over recalls of tainted toothpaste, pet food and toys, told President Bush on Thursday that Beijing was stepping up product safety inspections.

· Lord we pray that You will grant President Bush the strength and favor to press hard for reforms in this area. But we also pray, Lord, that You will not allow Mr. Hu to use tyranny and evil against his people to make the necessary changes.

· "To deliver you from the way of evil and the evil man, from men who speak perverse things and are liars." (Proverbs 2:12 Amp)

· Lord whatever the plans of Russia may be in these exercises, we stand firm under the wings of Your protection. We pray that all secret agendas be revealed- whether they are testing response times of these nations, or secretly looking for weaknesses, we declare Psalm 91 over all Western nations.

· "Only a spectator shall you be (yourself inaccessible in the secret place of the Most High" as you witness the reward of the wicked." (Psalm 91:8 Amp)

German authorities were searching Thursday for about 10 suspected supporters of an Islamic group linked to Al Qaeda believed to have assisted three militants arrested for plotting imminent attacks against Americans in Germany, an official said.

· Lord, we pray that You will bring these men to quick justice!

"Come, let us bow down in worship, let us kneel before the Lord our Maker; for He is our God and we are the people of His pasture, the flock under His care. Today, if you hear His voice." (Psalm 95:6-7)

1. Ahmadinejad to meet with Palestinian leaders in bid for reunification - Israel Insider

United Arab Emirates newspaper Al-Khaleej reported that Iranian President Mahmoud Ahmadinejad is to meet with Hamas leaders on Thursday in a bid to reunite the warring Palestinian factions, according to the Journal of Turkish weekly.

Defense Minister Ehud Barak said yesterday that the Israel Defense Forces was moving closer to an extensive ground action in the Gaza Strip, "in order to halt the rocket fire and the strengthening [of militant organizations]", Barak told his senior staff and the heads of the military industries. The statement came a few hours after the security cabinet decided not to significantly alter the IDF's actions in the Gaza Strip.

The IDF must stop responding defensively to the daily rocket attacks terrorizing Sderot, and take up an offensive posture, former Mossed chief, and Chairman of the International Institute for Counter- terrorism (ICT) Shabtai Shavit told Ynetnews on Wednesday.

Prime Minister Ehud Olmert met with Middle East envoy Tony Blair in Jerusalem Tuesday, and the two discussed practical steps that would contribute to confidence building between Israel and the Palestinians.

5. Israel's Peres in Rome to meet Prodi and the pope - AFP 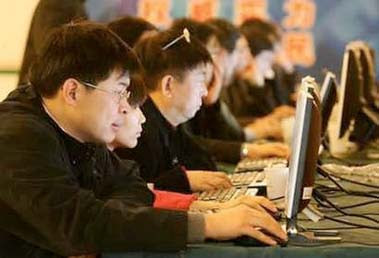 The Pentagon computer shut down in June was apparently a cyber attack from the People's Republic of China, according to a story in the London Financial Times. Current and former Pentagon officials have told the Financial Times an internal investigation has revealed that the incursion came from the People's Liberation Army. The Times reports, "One senior U.S. official said the Pentagon had pinpointed the exact origins of the attack. Another person familiar with the event said there was a "very high level of confidence trending towards total certainty" that the PLA was responsible."

The American officials said the attack is of great concern because it demonstrates a Chinese capability of disrupting and even shutting down Pentagon computers "at critical times." The June cyber attack shut down the Pentagon computers for an entire week. The Chinese military has been building at a record pace, and one of the main strategy areas is the disruption of computer controlled defenses. In January, China conducted successful missile tests that destroyed a low orbit satellite-the type that the United States uses to direct sophisticated combat communications and operations. This is part of the new Chinese military doctrine as the Pentagon reported in its "Military Power of the People's Republic of China 2007."

The report says, "Russia remains China's primary weapons and materiel provider, selling it advanced fighter aircraft, missile systems, submarines, and destroyers." The U.S., through its unbridled trade with China, is enabling this military buildup as China is using the trade surplus with the U.S. to fund military expansion. Revelation 16:12 speaks of the river Euphrates being dried up "that the way of the kings of the east might be prepared." It appears the kings of the east are also preparing. It appears Americans have forgotten the dark lesson that should have been learned in the 1930's by helping build up the Japanese economy, which was also used to construct a powerful military complex.

A student who said she was told she wouldn't get her diploma unless she apologized for a commencement speech in which she mentioned Jesus has filed a lawsuit alleging her free speech rights were violated. The school district contends its actions were "constitutionally appropriate."

Erica Corder was one of 15 valedictorians at Lewis- Palmer High School in 2006. All were invited to speak for 30 seconds at the graduation ceremony. When it was Corder's turn, she encouraged the audience to get to know Jesus Christ. Corder had not included those remarks during rehearsals.

Corder's lawsuit, filed Monday in U.S. District Court, said Principal Mark Brewer told her to prepare a public apology or she would not receive her diploma. She was still allowed to graduate. The school district released a statement Wednesday saying officials reviewed Corder's case when it happened in 2006 and also met several times with Corder and her parents.

Corder is represented by attorneys affiliated with Liberty Counsel, an Orlando, Fla.-based group that says it is dedicated to advancing religious freedom. (FOX News)

· To God be the glory for the boldness of this young woman and for the revelation of her actions a year later. Pray for the soul of Prinicpal Brewer, now in another county. To think that Scriptures were the first readings of students in America and that now knowledge of Jesus Christ is forbidden is cause for us to fall on our knees in pleas for forgiveness. Never stop interceding on behalf of our public school students throughout our nation.

· "He that spared not His own Son, but delivered Him up for us all, how shall He not with Him freely give us all things?" (Romans 8:32)

White House Calls for "Days Of Prayer And Remembrance"

Today, the White House released a proclamation declaring September 7th, 8th and 9th as National Days of Prayer and Remembrance as we approach the sixth anniversary of the September 11th attacks. Below are excerpts of the president's proclamation:

"During this year's National Days of Prayer and Remembrance, we honor the thousands of victims who died in the brutal and ruthless attacks in New York City, Pennsylvania, and at the Pentagon on September 11, 2001. Our Nation remembers with gratitude the firefighters, police officers, first responders, and ordinary citizens who acted with courage and compassion to save the lives of others, and we pray for the families whose loved ones were taken from them.

"Never forgetting that terrible day, we remain determined to bring our enemies to justice, defy the terrorists' ideology of hate, and work to make our world safer. We honor the members of our Armed Forces who died while taking the fight to our adversaries, and we are grateful for those who continue to protect our Nation and our way of life. Their courage, sacrifice, and dedication help preserve our freedom. We pray for their safety, for all those who love them, and for the peace we all seek.

"During these days of prayer and remembrance, we reflect on all we have lost and take comfort in each other and in the grace and mercy of our Creator. May God guide us, give us strength and wisdom, and may He continue to bless our great country."