"Have no fear of sudden disaster or of the ruin that overtakes the wicked, for the LORD will be your confidence and will keep your foot from being snared." (Proverbs 3:25,26)

President Bush last night said the U.S. military"s success in Iraq has made it possible to begin withdrawing some troops but noted that future withdrawals will be based on continued success and renewed his call on Iraqi leaders to take control of their country. The president said 5,700 U.S. troops would return home by Christmas. He also said that five combat brigades, out of the 20 in Iraq, would be withdrawn by next summer, without saying exactly how many troops that would be.

· Lord we seek You to secure Iraq. We pray for the Iraqi forces to be strengthened to control their country. We thank You for the wisdom in gradually withdrawing troops. Bless our military with success and protection.

· He giveth power to the faint; and to them that have no might he increaseth strength. (Is. 40:29)

..WASHINGTON (AP) -- Defense Secretary Robert Gates raised the possibility Friday of cutting U.S. troop levels in Iraq to 100,000 by the end of next year, well beyond the cuts President Bush has approved.

Congressional Democrats plan to press for larger U.S. troop reductions in Iraq than President Bush promised in his speech Thursday night, but the top Senate Republican predicted they won't have the votes to alter the White House proposal.


· Lord, let wisdom excel among our leaders. Bring the patience and perseverance to accomplish all goals in Iraq. We seek Your will and purpose for Iraq that they may be blessed.

A fatal attack launched two days ago against the sprawling headquarters base of the American military in Iraq was carried out with a 240 mm rocket -- a type of weapon provided to Shiite extremists by Iran, a U.S. general said Thursday.

· The Lord is on my side; I will not fear: what can man do unto me? The Lord taketh my part with them that help me: therefore shall I see my desire upon them that hate me. Thou hast thrust sore at me that I might fall; but the Lord helped me. The Lord is my strength and song, and is become my salvation. ( Ps. 118:6-7,13-14)

Tough action by Mexico is driving down the cocaine supply in 26 U.S. cities, a recently declassified Drug Enforcement Administration analysis shows, an encouraging drop in narcotics crossing the border that law enforcement officials hope will continue.

· Thank You, Lord, for this decline. We continue to pray for the illegal drug market to collapse. We cry out for deliverance over those in our nation that have turned to drugs. May Your name be lifted high as" Deliverer".

Most Americans believe the nation's founders wrote Christianity into the Constitution, and people are less likely to say freedom to worship covers religious groups they consider extreme, a poll reveals this week.

· Thank You, Lord, for a nation established on biblical principles. We praise You that in the heart of most people, Christianity is the foundation of our Constitution. We ask protection from laws that are designed to change the freedoms You gave America.

"Speak unto the children of Israel, saying, In the seventh month, in the first day of the month, shall ye have a sabbath, a memorial of blowing of trumpets, an holy convocation. Ye shall do no servile work therein: but ye shall offer an offering made by fire unto the LORD." (Leviticus 23:24) 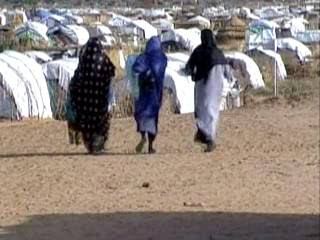 Imagine what's it's like for men, women, and children to cross hundreds of miles of desert to find safety. That's the story behind hundreds of Sudanese refugees now living in Israel.

IDF forces entered the Gaza Strip Friday morning, and operated near the Sufa crossing in the southern Strip.
Posted by Capitol Hill Prayer Partners at 2:15 AM