The Amazing Hand of God:
This week, we are honoring our 16th
President, Abraham Lincoln. We did
not plan this, but please see below.
America's National Day of Repentance
is founded upon Lincoln's call to
Repentance, on April 30th, 1863.
We must be on God's calendar!
Jesus is Lord!
Capitol Hill Prayer Partners
P.O. Box 5152
Herndon, VA 20172-1970
chpp1994@gmail.com
The Daily Brief:
Legislative Snapshot
Saturday, April 21, 2018

Learn about the National Day of Repentance, on Monday, April 30, 2018, by going here. 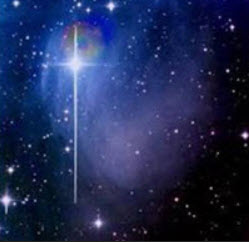 Seoul, South Korea (CNN) North Korea says its quest for nuclear weapons is "complete" and it "no longer needs" to test its weapons capability, a significant development ahead of diplomatic engagement with South Korea and the United States.

North Korean leader Kim Jong Un said Saturday that "under the proven condition of complete nuclear weapons, we no longer need any nuclear tests, mid-range and intercontinental ballistic rocket tests, and that the nuclear test site in northern area has also completed its mission," as quoted by the state-run Korean Central News Agency, or KCNA.
The announcement appears to signify a remarkable change in policy for Kim, following a relentless pursuit of nuclear and ballistic weapons as a means to ensure his regime's survival -- although some analysts remain skeptical, pointing out that Kim hasn't tested a missile since November.

The news comes six days before a meeting between Kim and South Korean President Moon Jae-in, a precursor to a much-anticipated planned encounter between Kim and President Donald Trump expected to take place in late May or early June.
It also comes weeks after the North Korean leader met Chinese President Xi Jinping on his first official trip outside his country.

The United States and South Korea welcomed the development, which they said was a sign of progress and a promising start to upcoming talks.

"North Korea has agreed to suspend all Nuclear Tests and close up a major test site," Trump tweeted. "This is very good news for North Korea and the World - big progress! Look forward to our Summit." (Read more)
- Father God, we thank You today for this amazing news coming out of North Korea. We pray that Kim Jong Un will hold to his word, and not reverse policy again, and we thank You for going ahead of President Trump, making the way straight for productive talks in the Summit that will take place later this year. In Your Name, amen.
- (For Kim Jong Un: "But let your statement be, 'Yes, yes ' or 'No, no'; anything beyond these is of evil." (Matthew 5:37)

Hundreds of people joined the Bush family to say their final goodbyes to former first lady Barbara Bush during a funeral service Saturday in Houston. First lady Melania Trump and former presidents Bill Clinton and Barack Obama and their wives were in attendance at St. Martin's Episcopal Church.

President Trump excused himself from attending, tweeted Saturday: "Heading to the Southern White House to watch the Funeral Service of Barbara Bush. First Lady Melania has arrived in Houston to pay our respects. Will be a beautiful day!"
A burial is scheduled to follow at the President George H.W. Bush Library at Texas A&M University.

The ceremony began with songs before the former first lady's granddaughters all read a proverb. The women lined up as they each read a passage.
Bush's son, former Florida Gov. Jeb Bush gave a . . . eulogy. "The little things we learn became habits . . . What a blessing to have a teacher like that," Bush said.
"I asked her about dying and she said 'Jeb, I believe in Jesus and I believe in his savior and I don't want to leave your dad but I'm going to a beautiful place,'" he concluded.
The White House said in a statement that President Donald Trump will not attend the service "to avoid disruptions due to added security, and out of respect for the Bush Family and friends attending the service."

The president has offered his sympathies, praising Barbara Bush as "a titan in American life." (Read more)
- Father God, we thank You for the life and the example of our former First Lady, Barbara Bush, who brought dignity to her office while her husband served as President. We understand from personal friends, too, that Mrs. Bush did, indeed, know You as her Savior and her Lord. We praise You, Lord, in Your name, amen.

Friday, April 20, 2018
To read this week's edition of The Trumpet, please go here.
Submitted by:

Rasmussen has been polling presidential job approval ratings since 2003. The Rasmussen Reports daily Presidential Tracking Poll for Wednesday shows that "50% of Likely U.S. Voters approve of President Trump's job performance. Forty-nine percent (49%) disapprove . . . [sic the immediate past-president] earned 47% approval, 52% disapproval on this date eight years ago--in the second year of his presidency." Rasmussen also says that it is the only opinion firm that "still tracks President Trump's job approval each day." Notwithstanding, it is the mainstream media discrediting Rasmussen's numbers by saying that among the 88 polls released this year, Rasmussen has the highest approval ratings for Trump.

This is reported by Real Clear Politics, who is touting its own polling numbers of 42.1% job approval for Trump. Let's remember that organizations like Real Clear Politics also predicted Hillary Clinton to win in a landslide. This has not gone unnoticed by Rasmussen, who posts on its website: "The same critics who called Rasmussen Reports "outliers" during the 2016 presidential campaign for showing a neck-and-neck race are at it again because our daily Presidential Tracking Poll has Trump performing better than many other pollsters do. But Trump defeated Clinton in 2016 in perhaps the greatest electoral upset in US history, and our polling nailed the exact margin between the two candidates."

Unfortunately, many polls are run by media companies like Washington Post, NBC, ABC, FOX, CBS, New York Times, etc., who are biased toward a political agenda-even though they try to pass themselves off as "unbiased" news organizations. They slant or weight their polling samples to get the results they want, then they release the results, analyzing them until the cows come home, in an effort to sway public opinion toward their agenda. When the people, for example, don't vote their way, they are incredulous. They turn on the people by saying they are ignorant, white racists, bigamists, misogynists, Islamophobes, homophobes, etc., etc. It's a leftist propaganda machine out of control.

Trump's approval ratings are higher than the previous "president," which irritates the leftist media to no end. They can't fathom that people think a pragmatist, non-conformist would ever do a better job than their anointed successor to Marx. Even with all the baggage Trump has, and with media, deep state, Democrat and Republican forces against him, people perceive he is doing a better job than his predecessor at this stage in his term. Why is that? Maybe it's because all the people who are against Trump are seen as people who do not represent the values of mainstream America, i.e., If those who are against me are against Trump, maybe it's not Trump who is the entire problem. We are warned against these types in Ephesians 5:6, "Let no man deceive you with vain words." Moreover, we are told to have nothing to do with them.
​​​​​Have a Blessed and Powerful Day!

Weekly Digest of the Congressional Record

Congress
House Chaplain Patrick Conroy to Step Down In May

Senate Floor Schedule
Program for Monday: Senate resumes consideration of the nomination of Stuart Kyle Duncan, of Louisiana, to be United States Circuit Judge for the Fifth Circuit, and votes on the motion to invoke cloture on the nomination at 5:30 p.m.

H.R. 4 — FAA Reauthorization Act of 2018; H.R. 3144 — To provide for operations of the Federal Columbia River Power System pursuant to a certain operation plan for a specified period of time, and for other purposes
Wednesday, April 25, 2018

FY 2019 Pipeline to the Workforce

the Opioid Crisis: Stopping the Flow of Synthetic Opioids in the International Mail System

"Border Security, Commerce and Travel: Commissioner McAleenans Vision for the Future of CBP"

Strengthening the Safety and Security of Our Nation: The Presidents FY2019 Budget Request for the Department of Homeland Security,

Waste and Inefficiency in the Federal Government: GAO's 2018 Duplication Report

Perspectives on Reform of the CFIUS Review Process

Do Not Call: Combating Robocalls and Caller ID Spoofing

[Each week, we will publish one prayer that was spoken by each of our presidents, in chronological order. Today's prayer was written by our sixteenth president, Abraham Lincoln.]

It behooves us then, to humble ourselves before the offended Power, to confess our national sins, and to pray for clemency and forgiveness. Now, therefore, in compliance with the request, and fully concurring in the views of the Senate, I do, by this my proclamation, designate and set apart Thursday, the 30th. day of April, 1863, as a day of national humiliation, fasting and prayer. And I do hereby request all the People to abstain, on that day, from their ordinary secular pursuits, and to unite, at their several places of public worship and their respective homes, in keeping the day holy to the Lord, and devoted to the humble discharge of the religious duties proper to that solemn occasion.
- Abraham Lincoln
> > > To read all of President Lincoln's Proclamation, calling the nation to repentance, please go here.

The National Day of Repentance:

Founded upon the Date of President Lincoln's address:

Calling our nation to Repentance

To learn about the National Day of REPENTANCE, please go here.

To learn more about our ministry, and to sign up to begin receiving our daily alerts, please go here.
Posted by Capitol Hill Prayer Partners at 4:49 PM