..Villager grieves over lose of family member.
Bangladesh sought more foreign aid Tuesday to help thousands of survivors of Cyclone Sidr after the storm mauled the country's coast and killed more than 3,100 people, according to an official tally that was expected to rise.

· Only our Lord can bring relief in a tragedy of this magnitude. Pray for the rescue relief workers in Bangladesh, asking God to strengthen each one. Ask Him to move upon the hearts of the world's leaders to respond to this disaster, as much as each one can. And ask Him to call forth the laborers into the harvest fields of Bangladesh; may it be now that the hearts of these dear people would be open to receiving Christ Jesus as their Savior! 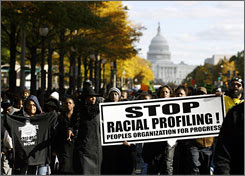 · Heavenly Father, You said it is a lovely thing when brothers live in peace. We pray that everyone will forgive and forget the injustices of the past and that they will go forward today for their future. Let everyone only remember the good about each other; forgiving each other's sins!

· Never return evil for evil or insult for insult, but on the contrary blessing (praying for their welfare, happiness, and protection, and truly pitying and loving them). For know that to this you have been called, that you may yourselves inherit a blessing (from God-that you may obtain a blessing as heirs, bringing welfare and happiness and protection). (1 Peter 3:9 Amp)

A federal agency that disburses billions of dollars in humanitarian aid, disaster relief, and pro-democracy programs every year, has inadvertently funneled American taxpayer funds to individuals and entities with "terrorist affiliations" and lacks the safeguards to prevent such incidents from recurring, an internal audit has revealed.

· Lord God, You are the God of gods and King of kings. You hold everything in Your hands. We pray that these aberrations will not happen again. We pray that You will put people in control of our security that will be sharp and vigilant. Turn what the devil meant for evil into good.

· But as for you, you meant evil against me; but God meant it for good, in order to bring it about as it is this day, to save many people alive. (Genesis 50:20) 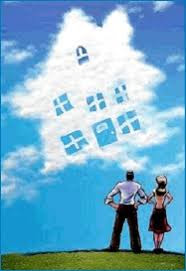 A new program will offer first-time home buyers the opportunity to buy HUD-owned homes in Michigan and Ohio for $100 down and will come with a $2,500 incentive to use toward closing costs, home repairs or mortgage payments. The HUD home-buying program is part of the Federal Housing Administration's FHASecure loan program, which seeks to help thousands of homeowners around the country refinance from high-interest rate mortgages to federally backed home loans instead.

· Lord, we pray that no more programs will be made that might entrap people who cannot afford homes. But, instead, where there are needs for people in housing, give them the best opportunities to have their own homes. You know, Lord, what is best for us! Thank You, Lord.

· Or what man is there among you who, if his son asks for bread, will give him a stone? . . . If you then, being evil, know how to give good gifts to your children, how much more will your Father who is in heaven give good things to those who ask Him! (Matthew 7:9, 11)

"The number of roadside bombs and other explosive devices found in Iraq has fallen to its lowest level in two years, in part because of Iranian efforts to stop the weapons from flowing into the country, a top U.S. military official said Thursday. Maj. Gen. James E. Simmons said 1,560 bombs were found last month across Iraq, a steep drop from the 3,239 found in March and about the same amount reported in September 2005. "We have not seen any recent evidence that weapons continue to come across the border into Iraq," said Simmons, deputy commanding general of Multinational Corps-Iraq. "We believe that the initiatives and the commitments that the Iranians have made appear to be holding up."

· Lord, we give You thanks and glory for hearing our prayers to stem the violence in Iraq. Continue to give Iranians godly motivation to stop the weapons from flowing from Iran into Iraq. Open mighty doors for Christian evangelism in those nations, keep the laborers safe, and give them everlasting fruits of souls being saved, we pray. Hallelujah! AMEN!

High-end hotels have been racing to boost their amenities, offering flat-panel TVs, wireless Internet, expanded room service menus and even intimacy kits that include condoms. But one mainstay of the hotel room appears to be fading in these trendy places: the bedside Bible.

· Please pray to stop this trend of "trendy" hotels, now popular in Europe but gaining in the USA. How many people have been saved throughout the decades because they read the Bible in their hotel room? Those who become rich by selling sex, need to be convicted by the Holy Spirit and saved themselves.

· "Be ye not afraid of them: remember the Lord, which is great and terrible, and fight for for your brethren, your sons, and your daughters, your wives, and your houses." (Nehemiah 4:14b)

Hundreds of patients are dying each year from a new "untreatable" hospital infection, a leading expert has warned.

· Here is another of the inexplicable "plagues" attacking not only Europe but also the USA. Some 16 people have died from the "superbug." Pray for protection not only for yourself, family, and community but also for the healing presence of the Lord across this nation.

Israeli leaders have taken to using a new phrase loaded with hidden meaning ahead of a proposed conference this month in Annapolis -- "two states for two peoples."

Senior defense officials believe that if the Annapolis peace conference fails, this would lead to a wide-scale military operation in Gaza.

3. Abbas-Olmert meet to bridge gaps ahead of peace meet - AFP

Israeli and Palestinian leaders were to meet on Monday in a last-ditch attempt to bridge differences and agree on a joint statement ahead of a peace meeting in the United States.

Middle East envoy Tony Blair gave details on Monday of four international projects aimed at bolstering the Palestinian economy as part of efforts to end the conflict with Israel.

Despite the objection of coalition members Shas and Israel Beiteinu, and the IDF Chief of Staff Gabi Ashkenazi, PM Ehud Olmert's cabinet approved on Monday a list of 441 Palestinian prisoners to be released ahead of the Annapolis conference, which may or may not take place next week.

Demonstrations Will Take Place in Washington, Miami, and Annapolis

If President Bush and Secretary of State Condoleezza Rice have their way, Israel will be divided in half with Palestine in the middle. The miniscule state of Israel will grow even smaller than it already is after losing territory that the Palestinians are demanding. The land they ask for, more than 95% of the West Bank, will give them sovereignty over almost all of the Christian and Jewish Holy Land Sites. In addition Israel will be reduced on it eastern border to a highly populated corridor that in some places is only 9 miles wide.

How would you defend a country only 9 miles wide?

The forthcoming Summit at Annapolis will seal the deal. It will impact history in an unprecedented way by creating a 23rd Arab state -- one led by the Hamas and Fatah terrorist organizations vowing to destroy Israel. The scheduled date is November 26, but the Administration has been evasive in publicizing details of the time and place. They say it will be held in the historic Naval Academy.

When will the media take notice? After the deed is done and it is too late? We feel that the media, especially in the Washington, DC-Maryland area should begin to focus on this and all of the dissension it is creating among various groups who are organized in opposition. So far the entire event has been cloaked in secrecy, while reports on private meetings and negotiations with foreign officials are being leaked.

Three rallies opposing the Summit are set to take place, in Washington and Miami on Sunday, Nov. 25; and in Annapolis on November 26th and 27th. They are scheduled as follows:

1. Washington, D.C. on November 25th across from the White House in Lafayette Park from Noon to 5 P.M. followed by a march to the Holocaust Museum.

If the Administration were concerned about the wishes of our citizens, they would not be so secretive, or plan this event during the holidays when most people are distracted.

It is hard to imagine that our President, whose intentions appear to be to dismantle Israel, could be the same person who, early in his presidency, viewed Israel from the air. When he saw the 9-mile strip that a Palestinian state would leave Israel with, he humorously exclaimed, "There are driveways in Texas longer than that!"

If at all possible please plan to attend one of these Rallies. "For Zion's sake we will not keep silent!" If you can't come to D.C. or Annapolis, please do an event in your own community and contact Bob Kunst (below) to spread the word.

Miami Contact: Bob Kunst, Pres. Shalom International and speaking on behalf of the Coalition to Defend Jerusalem, both out of Miami Beach, Fla. sponsoring these events. Bob Kunst can be reached at 305-864- 5110. For more information visit their website.

Americans for a Safe Israel has obtained a permit to demonstrate in Annapolis. We are including the details for the demonstration, as they were sent to us. The conference has tentatively been set for November 27th. The permit is flexible should another date be chosen. AFSI will be providing bus service from Penn Station in NYC -- leaving at 7:00 am. AFSI will arrive back in NYC at 8:00 pm. Estimated travel time is 3.5 hours. We will be in Annapolis for approximately 4 hrs. The bus fare is $30.00. Please bring your own lunch. Please contact Barbara Sommer to make reservations for the bus or if you are meeting us in Annapolis for organizational purposes.