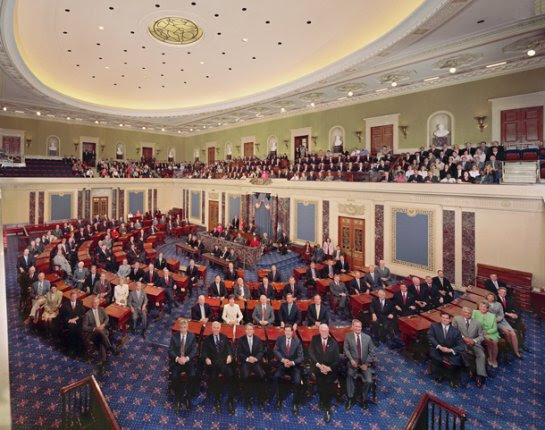 Senate Republicans on Friday blocked a plan for a U.S. pullout from Iraq that Democrats added to a $50 billion emergency war-spending bill, delaying the funds until at least after the two-week Thanksgiving break and likely until next year.

· Again, no one wants war, and no one wants our soldiers wounded or killed, but this seems a war worth fighting against terrorism. Most soldiers believe in their mission. Can we do less? Praise the Lord that the plan to pull our troops from Iraq has been blocked. Pray for the next move of the Senate on this issue.

· "He that handleth a matter wisely shall find good: and whoso trusteth in the Lord, happy is he." (Proverbs 16: 20)

Prsident Bush announced today that White House adviser on counterterrorism and homeland security has resigned. Bush said in a statement that Fran Townsend "has always provided wise counsel on how to best protect the American people from the threat of terrorism. She has been a steady leader in the effort to prevent and disrupt attacks and to better respond to natural disasters," the president said. He gave no reason for her departure.

· Pray for Fran Townsend as she transitions to a role outside of the White House administration; and lift up President Bush as he chooses the next man or woman who will fill this critical position next. 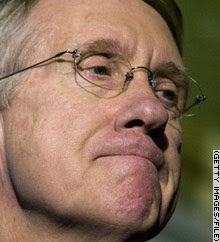 Senate Majority Leader Harry Reid is determined to prevent President Bush from making any recess appointments over the Thanksgiving holiday.

· There seems to be no limit to the amount of "finaggling" that is going on these days on Capitol Hill. Pray in the Spirit over this report . . . although Senator Harry Reid may feel that he holds the reigns of power, we know otherwise.

Officials from three U.S. agencies are now reviewing their records over the past three years to see if permission should have been granted for a major American computer company to ship "sensitive" technology to Syria, a state sponsor of terrorism.

· Ask the Lord to grant wisdom to the CEO's of these companies and others like them that have carelessly sold materials to Syria that further the goals of terrorists. Bashar Assad, president of Syria,and his Baathist regime are not to be trusted. Pray for the removal or the salvation of this president and his henchmen, who mightily oppress the peoples of Syria.

· "Exalt her [wisdom] and she shall promote thee: she shall bring thee to honor, when thou dost embrace her." (Proverbs 4:8)

5. Ahmadinejad and Allies Want OPEC to Dump the Dollar - CNSNews.com 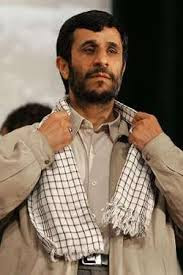 An OPEC summit ended Sunday with calm assurances of reliable supplies following efforts by the leaders of Iran, Venezuela and their new ally, Ecuador, to politicize the event and push for the oil producers to dump the U.S. dollar. Iranian President Mahmoud Ahmadinejad that OPEC's members have expressed interest in converting their cash reserves into a currency other than the depreciating U.S. dollar, which he called a "worthless piece of paper."

· How like a spider to leap upon its prey and try to destroy it. Mr. Ahmadinejad's word is hardly trustworthy, so we cannot be sure what OPEC is considering. Nevertheless, please pray that another currency will not be used to buy and sell oil, for surely the dollar will crash. After all, it has been American knowhow that has allowed the oil to be pumped, shipped throughout the world, and refined for many uses. As we have sown the benefits of this technology to the world's oil markets, thank the Lord that He promises we shall reap a blessing in return.

The Iraqi government spokesman said Saturday that Iran has shown increasing restraint in its support for militants, echoing recent assertions by U.S. officials and urging both sides to take advantage of the situation to hold a new round of talks on stabilizing his country.

· Praise the Lord that Iran seems to be backing off in its attempts to control Iraq, probably because Iraq is taking a strong stand against terrorism, finally sick of the killing and destruction. Continue to pray for the growing strength of the Iraqi government and peoples.

Rejecting Washington's latest call for him to lift a state of emergency, Pakistan President Pervez Musharraf said at the weekend retaining the restrictions was vital if his country's nuclear weapons are not to fall into the wrong hands.

· Continue in prayer over this volatile situation in Pakistan. Thank the Lord that HE promises to grant wisdom to all in authority, if we but ask.

"Look upon Zion, the city of our appointed feasts; your eyes will see Jerusalem, a quiet home, a tabernacle that will not be taken down; not one of its stakes will ever be removed, nor will any of its cords be broken." (Isaiah 33:20) 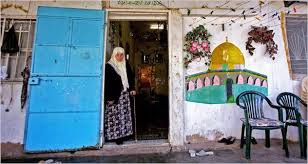 Prime Minister Ehud Olmert agreed in principle to allow a number of Palestinian Arabs living in what the United Nations terms refugee camps to enter Israel as part of an Israeli-Palestinian accord, according to a senior Palestinian negotiator speaking to WND.

· Pray against this principle, for Israel was created to be a Jewish nation, and too many Palestinians would outnumber the Jews. This is not a good idea. Of course, we cannot not always trust all spokespersons for the Palestinians to declare the truth. Ask the Lord to put a thirst for His Word into the Israeli people so that they can understand what He wants Israel to do.

· "Mine enemies would daily swallow me up: for they be many that fight against me, O Thou Most High." (Psalm 56:2)

2. Israelis say Palestinians have "backtracked on all understandings" - Israel Insider

The Palestinians have backtracked on all understandings that were reached on a joint Israeli- Palestinian statement to be presented at the Annapolis peace conference, senior diplomatic officials were quoted by The Jerusalem Post as saying Sunday. According to the sources, the Palestinians have "returned to square one, to [a point that] preceded the beginning of the negotiations."

· Praise the Lord, for the Israelis are finally admitting that the Palestinians have not held to their word on previous negotiations. Pray that our State Department and Secretary Rice will admit to the same truth. This conference can bring no good, for it seems not found on any truths. Pray that Ms. Rice can swallow her pride and admit that she is not God and cannot achieve His purposes.

· "I have set the point of the sword against all their gates, that their heart may faint." (Ezekiel 21:15a)

3. Army on high alert ahead of Annapolis - Jerusalem Post

The IDF is in a heightened state of alert ahead of the Annapolis summit next week, out of fear that Hamas and Islamic Jihad will try to perpetrate a large-scale terror attack to derail the Israeli-Palestinian peace talks, defense officials said Sunday.

· Pray that the Lord's strong arm will prevent any attack on Israel during this time. Praise the Lord for the courage and determination of the Israeli army.

· "The fear of man bringeth a snare: but whoso putteth his trust in the Lord shall be safe." (Proverbs 29:25)

(Note: Congress has now gone into recess for the next two weeks. In the interim, we will bring you updates on those bills for which we have offered prayer this year. Tonight our focus in on ENDA: the Equal Employment Non-Discrimination Act.)

Last month, 35 Republicans joined 200 Democrats to pass the Employment Non-Discrimination Act, 235- 184. To the dismay of homosexual activists, it was the "gay-only" version that passed - which includes homosexual men, lesbians and bisexuals - but not transgendered persons. Sen. Ted Kennedy promised he will move swiftly to push a similar measure in the Senate. If passed by the Senate and signed by the president, ENDA will unleash thousands of lawsuits against employers across America, forcing many to settle out-of-court and succumb, rather than pay massive awards and legal fees, provided for in the legislation.

But ENDA not only punishes employers for discrimination based upon sexual orientation, but for "perceived" sexual orientation, opening the door for effeminate men and masculine women who are not practicing homosexuals, to claim "discrimination" and sue their present and potential employers. ENDA would be a bonanza for trial lawyers. Experts believe activist judges will use ENDA as proof that homosexuality is federal public policy and dictates a pro-homosexual stance in all policy, including marriage. White House spokesmen say the President will veto ENDA if it passes. (Family Research Council)

· Continue to Pray that ENDA will be defeated in the Senate, and that, should it pass, the President will be courageous to veto it, and use the veto as an opportunity to explain to the American people just how harmful this bill would be.