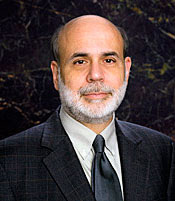 Federal Reserve Chairman Ben Bernanke said Thursday that a host of economic problems, including the severe housing slump, will cause business growth to slow noticeably in coming months.

· Father we stand before you as sinful, stubborn people, and pray for Your forgiveness, kindness and mercy over our entire nation. We call upon Your Holy name for help, and believe that You will protect those who love You.

Millions of Chinese-made toys for children have been pulled from shelves in North America and Australia after scientists found they contain a chemical that converts into a powerful date rape drug when ingested. Two children in the U.S. and three in Australia were hospitalized after swallowing the beads.

· Lord we ask that companies would take measures to stop the flow of dangerous products into our nation. We pray that the right people would see that using nations which do not share our values as outsource for commerce is not wise.

·"Surely He shall deliver you from the snare of the fowler and from the perilous pestilence." (Psalm 91:3)

The House on Wednesday approved the first federal ban on job discrimination against gays, lesbians and bisexuals. Passage of the Employment Non-Discrimination Act came despite protests from some gay rights supporters that the bill does not protect transgender workers. That term covers transsexuals, cross- dressers and others whose outward appearance does not match their gender at birth.

· Father we have prayed against this bill since it was proposed. We once again ask that You will intervene to protect the religious freedoms of America and not allow this bill to destroy the right of free speech for Your children. We pray that This will fail in the Senate, and not be signed into law by President Bush. In Your Name, amen.

· "Then they cried out to the Lord in their trouble, and He saved them out of their distresses." (Psalm 107:19) 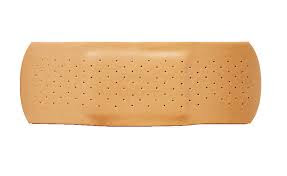 Even as crude oil futures reached a record high of $98.62 per barrel on Wednesday due to a sharp drop in supplies, a conservative analyst criticized Congress for working on legislation that will "make gasoline supplies even tighter, all the while shedding crocodile tears for the plight of the poorest consumers."

·Lord we pray fervently for wisdom to rule our Congress, rather than "brushfire management." We ask for the ability to see ahead instead of only reactions to the moment.

The Senate has enacted a $23 billion water resources bill despite President Bush's objections, delivering the first veto override of the Bush presidency.

· Father, we pray that You will bring wisdom to those who are going to administer this bill, that the incredible spending programs in it will accomplish good things and not be bogged down by even higher costs or overruns.

· Lord we thank You for revealing this security breach, and rejoice that You are continually helping us in these dangerous times!

King Abdullah of Saudi Arabia arrived Monday in Rome for an audience with Pope Benedict XVI, the first between a Saudi monarch and a leader of the Roman Catholic Church. . . The Vatican said the talks in September between al- Faisal and the pope centered on "defence of religious and moral values, the Middle East conflict, the political and religious situation in Saudi Arabia and the importance of inter-cultural and inter-faith dialogue." A Vatican source told AFP the same topics would be on the agenda between the king and the pope when they meet Tuesday.

· Lord we pray You will use this meeting to release the Christians of Saudi Arabia from governmental control and persecution. May Your Holy Spirit have free reign to blow over the Arab world to change hearts. We pray for Your protection over Pope Benedict from any attacks both spiritually and physically.

Palestinian residents of East Jerusalem calling to set up an appointment with the Interior Ministry to apply for an Israeli citizenship will discover the next available interview date is only in April.

While Israeli and Palestinian officials furthered their peace dealings, Knesset members from the nationalist camp said on Tuesday they are building up an anti-summit campaign in attempt to bolster public resistance to the government's policies. MK Benny Elon's own peace proposal advises that Israel keeps the West Bank and acknowledges Jordan as the Palestinian's formal representative. He said that his peace plan would be soon promoted with alternative advertising and promotions on the

House Ways and Means Chairman Charles Rangel secured his panel's approval yesterday of a tax bill that will keep 23 million taxpayers from being hit with the Alternative Minimum Tax (AMT) and that expands the child tax credit for parents at the lower end of the income scale. J. D. Foster, Ph. D., of the Heritage Foundation has called the bill, the Temporary Tax Relief Act of 2007, a measure with "some roses and some thorns." The thorns include overall tax hikes that could result in the federal government extracting and spending another half-trillion dollars from the economy over the next 10 years. The roses include another single-year "patch" of the AMT, yet another federal tax hike that had unintended consequences.

Aimed at ensuring that a small number of the nation's highest-income households did not avoid tax liability by use of tax deductions, the Hydra-headed AMT has grown, mostly due to inflation effects, to deny deductions, including charitable gifts and child tax relief, to millions of families. The Rangel bill's expansion of the child tax credit would be particularly positive if it signals a determination to extend and expand the credit for all families in 2011, when it will be sharply reduced if Congress fails to act. So far Hill Democrats have been coy on that subject, oftentimes a signal to families to guard their piggybanks. (Family Research Council)

· Rep. Rangel (D-NY)'s tax bill seems to have two sides: one that increases taxes and one that provides tax relief for many families. Pray that this bill is not a case of one hand not knowing what the other hand is doing. Pray for openness and honesty and integrity in the writing of bills dealing with taxes so that no family nor person is penalized for charitable gifts nor marriage or a thousand other reasons that can be hidden in the fine print. "Coyness" is not the proper attitude for any political party.

· "Render therefore unto Caesar the things which are Caesar's; and unto God the things that are God's." (Matthew 22:21)

Despite claims that abstinence education is a waste of taxpayer dollars, a new report suggests that the nation's capital--where several such programs thrive-- is living proof of its effectiveness. In the most dramatic decline yet, city officials have announced that D.C.'s teen pregnancy and birth rates have dropped to unprecedented lows. In an area that boasts some of the nation's most diverse populations, the message of delaying sexual activity has cut across cultural lines and succeeded in slashing teen pregnancies and births by more than half since the late 1990s. For a city whose teenage (15-19) pregnancy rate in 1996 was 164.5 per 1,000, the current contrast is stark. Research shows that the region's pregnancy rate now stands at 64.4 per 1,000--a 100 point drop.

Although many are quick to credit contraception, they fail to see the importance of the District's most famous occupants. For seven years the President and Mrs. Bush have stressed risk avoidance over risk reduction, and it's no accident that their commitment is finally bearing statistical fruit. Contrary to a recent article by columnist George Will, the same is true of the commander-in-chief's influence in the war on the unborn. In "Abortion's 'So-What' Factor," Will argues that a future president's position on life is all but irrelevant to the ongoing abortion debate. Convinced that not even pro-life replacements on the Supreme Court would affect Roe v. Wade, Will writes, "But suppose [they] did. Again, so what? All it would do is restore abortion as a practice subject to state regulation. But regarding abortion itself, what a candidate thinks about [it] is not especially important." I beg to differ. The President's principles dictate his policy--and that policy can determine progress on everything from marriage to the unborn. With abortion, as with adolescent sex, it matters who sits in the Oval Office and every other place of public trust.

Posted by Capitol Hill Prayer Partners at 9:16 AM