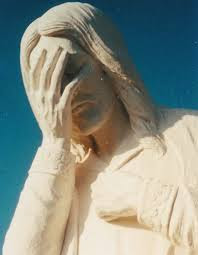 By now we are all aware of the terrible massacre that took place yesterday in a seminary (yeshiva) in Jerusalem, when a Palestinian terrorist suddenly entered the compound and began shooting.

Today, ten are dead; and many others are injured; and all of Israel is in shock over news of this horrific attack. Meanwhile, on the Arab street, the gunman is being cited as a "hero" and as an "Arab freedom fighter." Unbelievable!

Please join us today as we weep with those who weep; and as we mourn with those who mourn in this time of national tragedy for Israel. And let us all continue to "pray for the peace of Jerusalem."

In His Redemptive Love and Grace,

JERUSALEM (CBS News Reuters 3:13 pm EST -- Thursday, March 6, 2008) - Two Palestinian gunmen opened fire in a Jewish religious school in Jerusalem on Thursday, killing at least ten people and wounding more than twenty. As time passes, the toll is expected to rise. The two gunmen were killed in the assault and a third escaped at the Merkaz Harav seminary.The Mercaz Harav yeshiva has around 500 students including many foreigners. Some young American Jewish men study there.

Some witnesses reported that only one terrorist had entered the building and that he managed to fire 500- 600 bullets over the course of 4-10 minutes before he was killed.Some 50 ambulances raced to the area and police held back worried parents searching for children who had been attending a study session marking the start of Adar, the most festive month of the Jewish calendar. Witnesses said the two gunmen entered the crowded compound of the seminary and fired automatic weapons at students.


PALESTINIANS REJOICE IN THE STREET

PALESTINIANS REJOICE IN THE STREETS 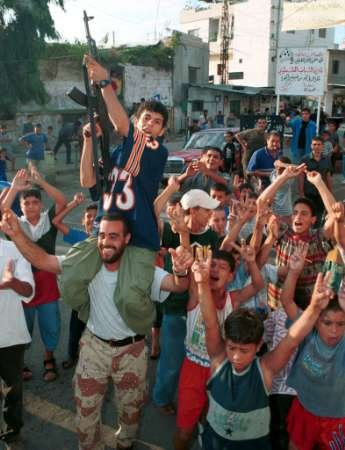 In the Gaza Strip, gunmen fired in the air to celebrate the attack, three days after Israel ended a military offensive in the Hamas-run territory that killed more than 120 Palestinians, about half of whom were identified as civilians. In Jebaliya, about 7,000 Gazans of different factions marched in the streets in celebration. In Rafah on the Egyptian border, residents distributed sweets to moving cars, and militants fired mortars in celebration.

Sami Abu Zuhri, a Hamas official, said the group "blesses the heroic operation in Jerusalem, which was a natural reaction to the Zionist massacre". A loudspeaker in Gaza City blared the message: "This is God's vengeance."

The attack in Jerusalem came a day after Secretary of State Condoleezza Rice persuaded moderate Palestinian President Mahmoud Abbas to return to peace talks with Israel and on the same day Egyptian officials were trying to mediate a truce between Gaza militants and Israel.

Today's terrorist attack on a religious seminary in Jerusalem, in which eight young students were murdered in cold blood by a Palestinian terrorist, is a terrible reminder of the indiscriminate and brutal terrorism Israel faces every day.

The gunman, armed with an automatic assault rifle, heavy ammunition and a bulletproof vest, infiltrated the crowded school library and opened fire at students during religious study.

The reaction in the West Bank and Gaza, including celebrations and praise for the killer, is the result of ongoing and intensive incitement to violence against innocent Israeli civilians.

While continuing to pursue every opportunity for peace, Israel will defend its citizens and take the necessary security measures to combat terror. Be it rocket fire from Gaza or suicide attackers in Jerusalem, Israel expects the international community to take a resolute and determined stand against terror in all its forms.

PRAY . . .
- For the gospel to go forth to the Arab people and rescue them from the lies of Islam - For the demonic spirits behind the Jihad mentality to be bound and divided.

- For the refuting of anti-Semitic and anti-Israel propaganda - For the Holy Spirit to guide the Messianic believers within the army.

- For the downfall of the Hamas and other organizations like them - For the gospel to go forth to the Jewish people - For the testimony of reconciliation between Israeli Messianics and Palestinian Christians to increase.


[Prayers offered by: Intercessors for America]