"With man this is impossible, but not with God; all things are possible with God."
(Mark 10:27)

Navy Adm. William Fallon, the head of U.S. Central Command, which leads U.S. operations in Iraq and Afghanistan, is stepping down, Defense Secretary Robert Gates announced Tuesday. Fallon claimed ongoing misperceptions about differences between his ideas and U.S. policy are making it too difficult for him to operate, Gates said, agreeing. He added that the differences are not extreme, but the misperception had become too great. "I believe it was the right thing to do, even though I do not believe there are, in fact, significant differences between his views and administration policy," Gates said at a Pentagon news conference, noting that he accepted the request to retire with "reluctance and regret."

· Offer a prayer for a smooth transition within the Pentagon as Admiral Fallon steps down and another is appointed to take his place.

· "To everything there is a season, A time for every purpose under heaven."
(Eccl. 3:1)

New York Gov. Eliot Spitzer faced a crescendo of calls for him to step down Tuesday as sources told the Associated Press that Spitzer had paid tens of thousands of dollars as a repeat customer of a high- priced prostitution service.

Spitzer is considering resigning, but there are no plans for such an announcement Tuesday, a spokesman in the governor's office told FOX News. The spokesman also said Spitzer had not yet come to a decision on whether or not to resign.

· Heavenly Father, You know the heartache that families have when news like this is made. We pray for the families and everyone affected by this. We pray that our leaders will seek righteousness with their whole hearts and for our nation to be a leader in every way especially in righteousness in the world.

Stunning many who considered the district west of Chicago reliably Republican territory, Bill Foster, a physicist and Democrat, won a special election on Saturday to fill the Congressional seat that J. Dennis Hastert, the former speaker of the House, held for two decades. Mr. Hastert was one of the best-known Republican members of Congress and he was elected from what was once a Republican stronghold. Hastert, the longest serving GOP House speaker, resigned from Congress late last year.

· We thank You, Lord, for all the years former Speaker of the House Dennis Hastert served the nation faithfully. We pray for a smooth transition and that his successor not be partisan but be one who will work with others to make this a better nation. We pray for all our leaders to serve our nation in a good-natured way with cordiality, generosity and kindness.

· "Let them do good, that they be rich in good works, ready to give, willing to share, storing up for themselves a good foundation for the time to come, that they may lay hold on eternal life. O Timothy! Guard what was committed to your trust, avoiding the profane and idle babblings and contradictions of what is falsely called knowledge."
(1 Timothy 6:18, 20)

Democrats and human rights advocates criticized President Bush's veto Saturday of a bill that would have banned the CIA from using simulated drowning and other coercive interrogation methods to gain information from suspected terrorists.

· Lord, You know everything from the beginning to the end. You know every hidden thing. We pray that You will direct those who do the interrogations to have Your wisdom in the things they should and should not do in order to keep our nation safe. Let there be no wrangling over these decisions and actions.

· "In O my God, I trust in You; Let me not be ashamed; Let not my enemies triumph over me. Indeed, let no one who waits on You be ashamed; Let those be ashamed who deal treacherously without cause." (Psalms 25:2, 3)

A vast array of pharmaceuticals -- including antibiotics, anti-convulsants, mood stabilizers and sex hormones -- have been found in the drinking water supplies of at least 41 million Americans, an Associated Press investigation shows.

· Lord, thank You for this revelation of the impurities in our water that could have harmful effects in our health. Keep those who are in charge vigilant and give them new ideas of how to keep our food, water, and air supplies safe from the pollution.

· "Then he went out to the source of the water, and cast in the salt there, and said, "Thus says the Lord: 'I have healed this water; from it there shall be no more death or barrenness.' So the water remains healed to this day, according to the word of Elisha which he spoke." (2 Kings 2:21, 22)

American families, already pinched by soaring energy costs, are taking another big hit to household budgets as food prices increase at the fastest rate since 1990. Escalating food costs could present a greater problem than soaring oil prices for the national economy because the average household spends three times as much for food as for gasoline. Food accounts for about 13 percent of household spending compared with about 4 percent for gas.

· As we enter some times of testing in our nation, we pray that You, Lord, will stretch our food supplies so that we will have more than enough and that You will increase the production of alternative fuels so that we will be able to decrease our dependancy upon foreign oil. Let those things transpire sooner than we think!

· "Then He commanded the multitudes to sit down on the grass. And He took the five loaves and the two fish, and looking up to heaven, He blessed and broke and gave the loaves to the disciples; and the disciples gave to the multitudes." (Matthew 14:19)

The army on Monday used heavy firepower to crack down on a group linked to bloody clashes over land, officials in western Kenya said, a day before parliament was to debate and possibly adopt a power- sharing deal. Up to 30,000 are said to have fled their homes in West Kenya in the wake of the violence.

· Lord, we continue to pray for stability and peace in the nation of Kenya, and ask for a shield of protection around the innocent ones. We know that true peace can only come from knowing You, Lord Jesus! So we pray for the laborers to be many and for multitudes to be brought into the Kingdom through the harvest of souls in Kenya! Hallelujah! AMEN!

· "I will bring the blind by a way they did not know; I will lead them in paths they have not known. I will make darkness light before them, And crooked places straight. These things I will do for them, And not forsake them." (Isaiah 42:16)

"It is of LORD'S [YHWH's] mercies that we are not consumed, because His compassions fail not. They are new every morning: great is Your faithfulness. LORD is my portion, says my soul; therefore will I hope in him." (Lamentations 3:22- 24) 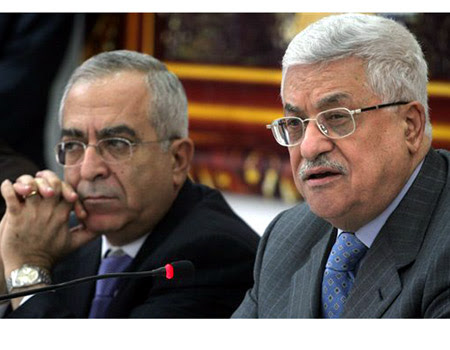 Palestinian President Mahmoud Abbas confirmed Monday that an agreement on a truce between Israel and Hamas had been reached, the al-Arabiyah network reported. Abbas made the comment during a meeting with Jordan's King Abdullah in Amman.

President Bush, dispatching Vice President Dick Cheney to the Middle East, said the goal is to get Israelis and Palestinians to hold firm to the promises they've made toward peace.

Syria is in the midst of "intensely" arming itself, placing into position rockets and missiles capable of striking the entire Jewish state, according to an assessment presented to the Knesset today by multiple Israeli security agencies.

The Hizbullah organization has completed its military and logistic preparations for a confrontation with Israel, a senior defense official told Ynet on Monday evening, based on recent intelligence assessments.

The past winter's meager rainfalls and sharp rise in domestic water consumption have brought Israel to the most acute water crisis in the past decade.

Pray for the Persecuted Church

"The effectual, fervent prayer of a righteous man availeth much." (James 5:16)

Prison terms given for doing ministry; Hmong families could be sent back to Vietnam.
Laotian officials arrested 15 Hmong Christian families in Bokeo district on February 22, a day before a court sentenced nine area Hmong church leaders to 15 years in prison for conducting Christian ministry and meetings that had grown beyond acceptable levels for communist officials.

The Gujarat state government yesterday revoked the "anti-conversion" amendment bill in an apparent attempt to implement an older version of the legislation passed in 2003 that has remained dormant. India's anti-conversion laws are supposed to curb religious conversions made by "force," "fraud" or "allurement," but Christians and rights groups say that in reality the laws obstruct conversion generally, as Hindu nationalists invoke them to harass Christian workers with spurious arrests and incarcerations.