"Help us, O God our Savior, for the glory of your name; deliver us and forgive our sins for your name's sake." (Psalm 79:9)

President Bush had tears in his eyes during an hour- long tour of Israel's Holocaust memorial Friday and told Secretary of State Condoleezza Rice that the U.S. should have bombed Auschwitz to halt the killing, the memorial's chairman said. Bush emerged from a tour of the Yad Vashem memorial calling it a "sobering reminder" that evil must be resisted, and praising victims for not losing their faith.

· Lord, we pray that history be a continual reminder of our responsibiliy in freedom toward all people. Thank you for a president that is compassionate and desires to overcome the evil of the Holocaust. · "But You, O LORD, are a God full of compassion, and gracious, longsuffering and abundant in mercy and truth." (Ps.86:15)

In a bid to sidestep the ethical debate over the use of human embryos in medical research, scientists have developed a way to derive viable stem cell lines without harming the embryo.

· Father, we continue to ask wisdom and understanding for these scientists. We ask You to block all government funding toward research that has not shown itself to be ethical or profitable. · "Let every soul be subject to the governing authorities. For there is no authority except from God, and the authorities that exist are appointed by God. Therefore you must be subject, not only because of wrath but also for conscience sake." ( Romans 13:1,5)

Pro-family Supreme Court observers are "disappointed" that justices passed up an opportunity to protect human life this week.

· Lord, we ask forgiveness and mercy over the justices who made the decision to continue the horrific destruction of the unborn. We proclaim that children are Your heritage. We continue to speak life for Your honor and glory. May we each find a God-conscience to abhor evil and destroy abortion in our land. · "Behold, children are a heritage from the Lord, the fruit of the womb is His reward. Like arrows in the hand of a warrior, so are the children of one's youth." ( Ps. 127:3-4)

4. U.S. airstrike in Iraq one of largest of the war - USA Today 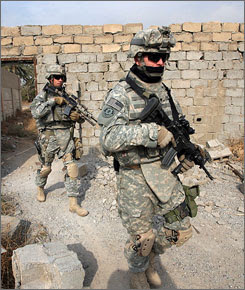 U.S. planes dropped 40,000 pounds of explosives on Baghdad's southern outskirts Thursday in a 10- minute massive strike, attacking what the military said were safe havens for al-Qaeda.

· Lord, bless our military in all their goals to liberate Iraq from Al-Oaeda. We give you thanks for all the victories that have been accomplished. We ask for strategic plans that will overcome all al-Qaeda strongholds. · "For I, the Lord your God, will hold your right hand, saying to you, Fear not, I will help you." (Is.41:13) 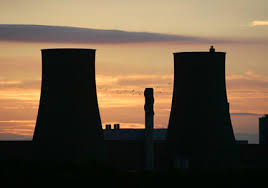 Iran is preparing to launch a multi-billion-dollar nuclear energy project that would be open to foreign firms.

· Lord, we continue to lift up ALL matters related to Iran's nuclear program before Your Throne of Grace. May You grant us mercy, and grant Your wisdom to the leaders of the free world as they confront this growing danger in Tehran. Amen. · "Pray without ceasing . . " (I Thess. 5:16)

"Hear my cry, O God; attend unto my prayer. From the end of the earth will I cry unto You. When my heart is overwhelmed: lead me to the Rock that is higher than I." (Psalm 32:8)

US President George W. Bush on Thursday predicted that a Mideast peace treaty would be completed by the time he leaves office. He said he was convinced that both Israeli and Palestinian leaders understand "the importance of democratic states living side by side" In peace.

US President George W. Bush, summing up meetings with both sides in the Israeli-Palestinian dispute, said Thursday that a peace accord will require "painful political concessions" by each. Resolving the status of Jerusalem will be tough, he said, and he called for the end of the "occupation" of Arab land by the Israeli military.

3. Netanyahu to Bush: Jerusalem to stay under Israeli control for eternity - Ha'aretz

4. Bush promises to return to Israel in May - ICJ News

During a farewell ceremony at Ben-Gurion Airport on Friday afternoon ending his three-day visit to the Holy Land, US President George W. Bush said he would return to the Middle East in May to continue pushing for an Israeli-Palestinian peace accord and to celebrate Israel's 60th anniversary. "Mr. Prime Minister and Mr. President, thank you very much for your invitation to come back. I'm accepting it now," Bush told Prime Minister Ehud Olmert and President Shimon Peres before boarding Air Force One to fly to Kuwait. "There's a good chance for peace and I want to help you," he said. He added that during his meetings with Arab leaders over the next five days, he would urge them to begin normalizing relations with Israel and to actively support the effort to conclude a major Israeli-Palestinian peace treaty by the end of his presidency.

"Remember the prisoners as if chained with them - those who are mistreated - since you yourselves are in the body also." (Hebrews 13:3)

Chinese authorities have released on bail the owner of a Christian bookstore near Beijing's Olympic Village and fellow workers, amid international pressure, after detaining them last month on charges of "illegal printing and distribution of Christian literature," BosNewsLife learned Tuesday, January 8.

A Turkish teenager who vowed to kill the pastor of a Protestant church and "massacre" Christians in the Black Sea coastal city of Samsun has been released by a local court because he is "to young" Turkish media reported Tuesday, January 8.

Christian missionaries have expressed concerns about the situation of Protestant Christians in Russia after attacks on a Baptist and Pentecostal church outside Moscow, apparently by members of a group supporting President Vladimir Putin, BosNewsLife established Tuesday, January 8.

[Source for all reports today is Worthy News: www.worthynews.com]


January 12 - On Saturday, President Bush will visit with U.S. troops at Camp Arifjan (Kuwait). He will meet with Ambassador Crocker and General Petraeus to get an update on the current situation in Iraq. Also, the President will have a roundtable on democracy and development with Kuwaiti women. The President will then travel to Bahrain, where he will meet with King Hamad.

January 13 - On Sunday, President Bush will visit the U.S. Navy Fifth Fleet before traveling to the United Arab Emirates, where he will meet with President Khalifa. Following this meeting, President Bush will deliver a speech in Abu Dhabi. In that speech, he will talk about the progress we have seen in the Gulf, the progress of the freedom agenda in the region, emerging economic progress, and how regional security is important for both continued economic growth and for the spread of freedom.

January 15 - On Tuesday, President Bush will be in Riyadh for meetings.

Pray for the safety and protection of President Bush, his aides, members of the Secret Service teams attending the Middle East meetings.

Ask the Lord to send GOSPEL MESSENGERS into their midst - that they may give a loving demonstration, and a compassionate witness of Jesus of Nazareth.


[This article was reported by Intercessors for America.]

We also note that White House reporter Bill Koenig has been asked to accompany President Bush on this trip. Mr. Koenig is the author of the book, Eye to Eye - Facing the Consequences of Dividing Israel, and knows well the dangers of dividing the land of Israel and/or Jerusalem. Please pray along with us that Mr. Koenig's message, based on the Word of God, would be heard during this trip.

Prayer Surge Now invites you to:

8AM Eastern, 7AM Central, 6AM Mountain, 5AM Pacific

AND THE MIDDLE EAST PEACE PROCESS

If you cannot get through, please use: